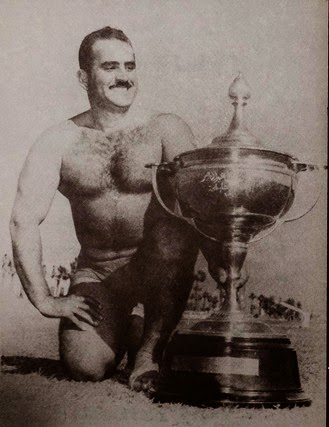 Arwad – located in the Mediterranean Sea – is the only inhabited island in Syria.

Surrounded by water, it makes sense that this island with only a few thousand residents helped shaped the roots of one of the greatest marathon swimmers of the Middle East – whose life was tragically cut short by a car accident en route to a competition at the age of 23.

Mohammed Zeytoun was born into a family of mariners and had his first taste of sea swimming at the age of 10.

He never looked back and kept on going further.

Known by his nicknames the Nile Crocodile and Syrian Torpedo, his legacy lives on with streets in Damascus (Syria), Cairo (Egypt), and his hometown of Jableh (Syria) that bear his name.

His life is chronicled in a biography written by his younger brother, Abdulwahab Zeytoun, called the World Swimmer Mohammed Zeytoun.

Renowned for pulling along fishing boats in the Mediterranean Sea as part of his training, he worked out early in the morning and often did 22 km training swims between Baniyas and Jableh in northwestern Syria as well as 5-hour pool workouts and training swims upstream against river currents.

After winning local sea swimming competitions near Jableh on the coast of Syria, he won his first marathon swim in a 40 km Nile River race at the United Arab Republic Cup at the age of 18 in 1959. He next won a 42 km marathon swim between Saida and Beirut in Lebanon where he met Lebanese president Fuad Chehab and Prime Minister Hussein Al Oweini. He established his international reputation with victories in the 1960, 1961 and 1964 Maratona del Golfo Capri-Napoli in Italy after finishing third in his first attempt.

Vowing to redeem himself after his third-place, he spent days on an escort boat studying the course between Capri and Napoli before the 1960 Maratona del Golfo Capri-Napoli. He upset the favored Argentinian swimmer Alfredo Camarero and 65 swimmers from 42 countries. After a 3-hour delay in the start due to poor weather, the young Zeytoun dominated the race and won in the turbulent seas in 10 hours 38 minutes.

He won the 1961 race for his second consecutive victory in 8 hours 45 minutes under much better conditions.

But due to the dissolution of the United Arab Republic in September 1961, Zeytoun refused to represent Syria at the 1962 Maratona del Golfo Capri-Napoli World Cup race and faced political prosecution. Zeytoun was given a security escort until tensions eased after the Syrian Ba’ath party seized power in the 1963 coup. He returned to competition and won the 1963 50 km International Suez Canal marathon and the 1964 Maratona del Golfo Capri-Napoli World Cup for the third – and last – time, dramatically tying the renowned Hall of Famer Abdel Latif Abou Heif of Egypt.

The United Arab Republic president Gamal Abdel Nasser awarded him the honorary title of dabati, allowing the amateur swimmer to receive a military salary in 1960. After his 1961 victory at the Maratona del Golfo Capri-Napoli, Nasser upgraded his military rank to Mulazim Al Thani. But he earned something more valuable than cash at the 1961 race. The women’s champion in 1961 at the Maratona del Golfo Capri-Napoli was Egyptian Suhir El Ba’i, known by her nickname El Bawtiah (female crocodile). The popular duo became engaged to Zeytoun at the Egyptian embassy in Rome. 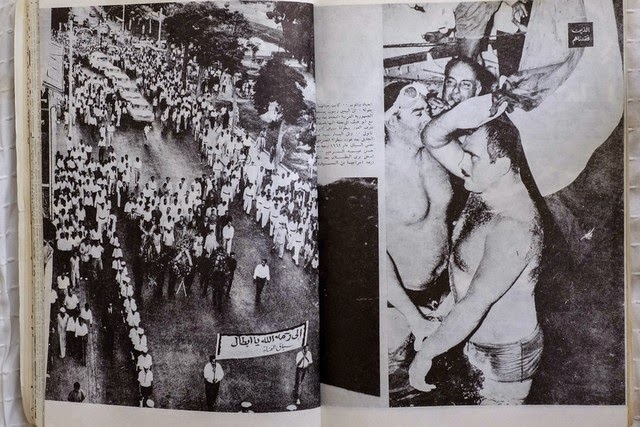 With his career resumed and on the rise, Zeytoun continued to race wherever he could. On the way to a competition in Ismailia in northeastern Egypt, an accident tragically shocked the open water swimming community. Zeytoun and four fellow swimmers died when their vehicle hit a wall. A sixth passenger, Rajab Ali, was paralyzed.

The event parade planned to promote and celebrate the swimmers in the competition suddenly turned into a funeral procession. Slow-moving cars carried the bodies of Zeytoun, Syrian swimmer Hasan Naeem, Egyptian swimmer Saeed Abduljalill and coaches Mahmoud Aman and Kamal Abdulrahman before the stunned crowds.

The world remembers the young man from Arwad.