Skip to content
Previous Next
Team Brazil Is Making Waves 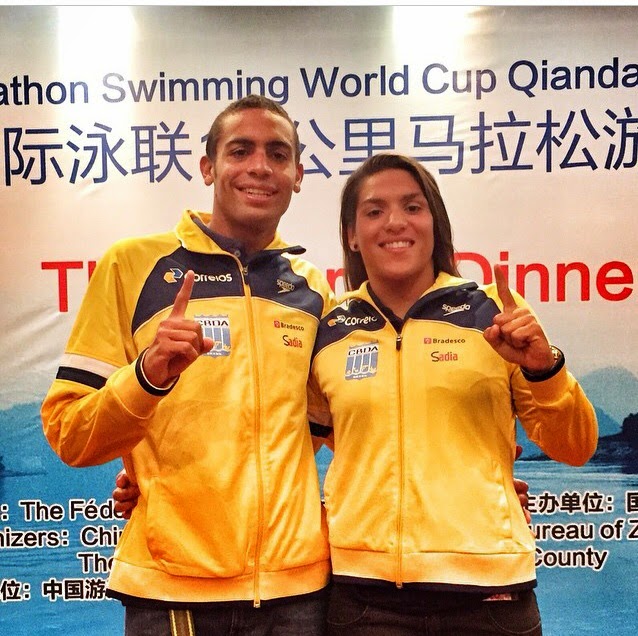 Of the 93 swimmers (48 men and 45 women), the Brazilians stood out like they want to at the 2016 Rio Olympic Games on Copacobana Beach. Not only did Allan do Carmo effectively put away the race for the 2014 World Cup series title, but so did his teammate Ana Marcela Cunha. They both have commanding leads in the season point total before the final race this Saturday.

Cunha, powerful and skilled in all aspects of open water racing, has won the last five stops of the FINA World Cup this year. Even when she wasn’t golden, she still earn a second and third on the first two stops in the pro circuit.

It is clear that Brazil’s investment in their open water swimmers is paying off large dividends. Not only did Okimoto and Cunha finish 1-2 at last year’s FINA World Championships in Barcelona in the 10 km event, but they have also earned 16 and 14 victories respectively on the FINA World Cup circuit over their careers.

And where the women led, the Brazilian men have been attempting to follow. Allan do Carmo proved too quick for Germany’s Thomas Lurz in
Chun’an as he earned his second consecutive victory in 1:52:59.57. While the Brazilian is coming into his own just at the right time, Lurz continues to impress as the senior statesman has not only captured 21 FINA World Cup golds over his career, but he is always very close behind even when he doesn’t win.

The last race of the 8-race circuit will culminate in Hong Kong this Saturday, October 18th where the athletes will compete for US$20,000 in prize money.