Skip to content
Previous Next
Chappie’s Swim Challenge And Success 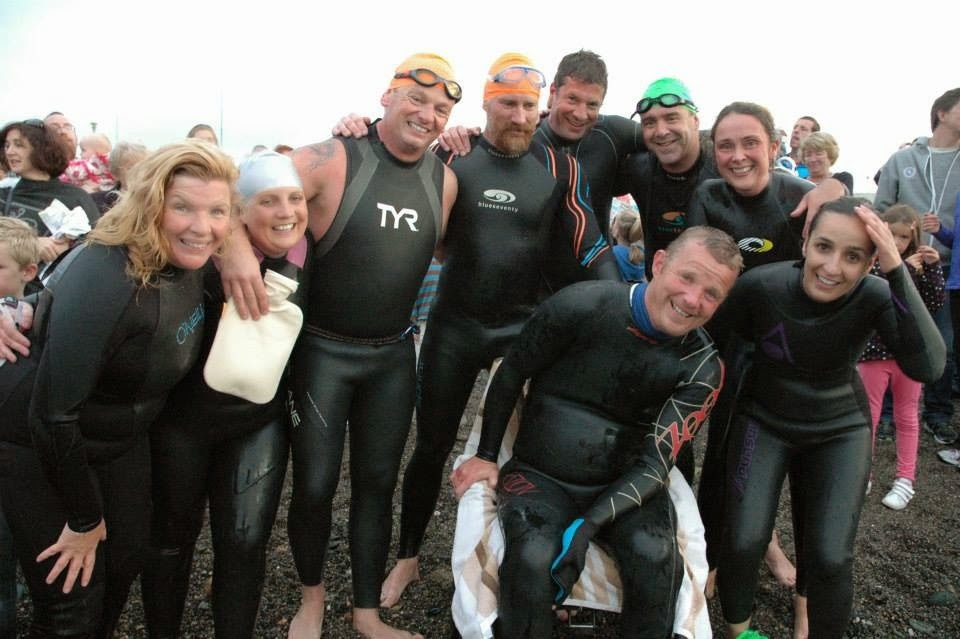 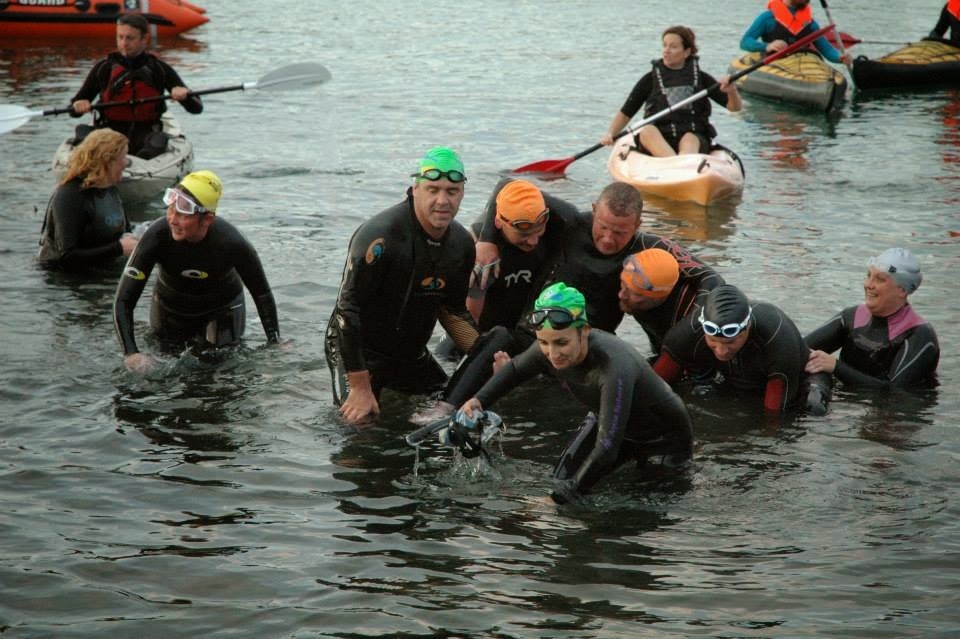 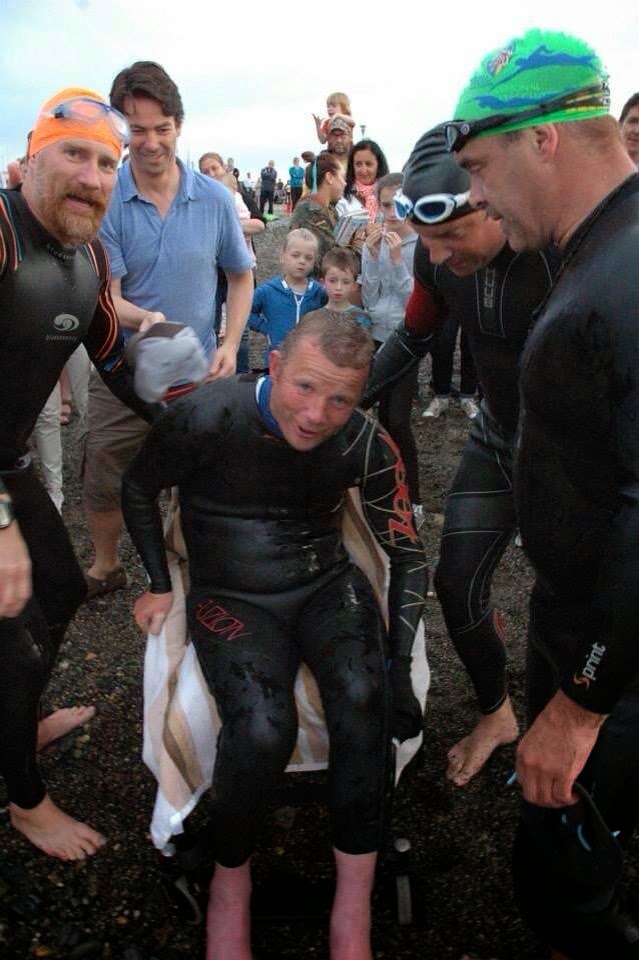 Ger Kennedy was contacted by friends of Johnny Hayden, a surfer and a fisherman out of Greystones Harbour who had a spinal injury about helping him swim a mile (Chappie’s Swim Challenge).

It was a beautiful story of friends making it happen.

In October 2012, Johnny Hayden travelled to the Barcelona Spine Hospital to undergo a routine disc replacement surgery on the top of his spine. After the operation, two hematomas (bleeding) developed” one in his neck and the other on his spine.

Hayden was rushed to surgery in an effort to drain both hematomas and stabilize him.

Unfortunately after the surgery, he was left paralyzed from his bellybutton down.

After his family appeared on the Joe Duffy Liveline Show, Hayden was air-ambulanced to the Mater Spinal Unit where he currently is rehabilitating with a hope that he will walk again. But uncertainty reigns as he and his wife Maite Zuzaeta continue to raise 2 girls ages 2 and 4.

Moore describes the surfer and fishermen with a true love of the sea, “Johnny is 110% committed to his rehabilitation. He is determined, focused and dedicated to gaining more mobility. The fact that he is taking on this swim challenge proves that. The training required for it will massively help his muscle strength and benefit his rehabilitation.”

Kennedy recalls how the Johnny Hayden 1-mile Swim came about. “Edel Mulholland contacted me in June 2014 for help with Johnny’s training. I met with Johnny and his family to discuss his goal to swim a mile from South Beach Greystones into Greystones Harbour. The difficulty was that he has no temperature body control with hypothermia being a major risk. So a wetsuit and neoprene boots are a must.”

Even with use of Johnny’s old triathlon wetsuit, there was a problem because his legs are locked and because of severe spasticity, he could not get his wetsuit on. “So we had to think outside the box,” says Kennedy. “After a lot of learning and support from the local tradesmen, we were able to professionally install 2 large zips on each side from the armpit down to ankle. We tried the wetsuit on Johnny. Even with new zips on, it was difficult to put on, but it fit perfectly.

His first swim was in Greystones Harbour where we were all very nervous. After his second training swim, we found Johnny found lifting his arms and head exhausted. His swim speed was extremely slow, but we introduced the FINIS Front Snorkel and hand paddles that worked really well and increased his distance and speed. After numerous training sessions, Johnny was ready for his challenge.”

Hayden and team completed the 1-mile swim and unleashed another new group of sea swimmers who came together to support Hayden and his family. “It is just amazing to see Greystones Sea Swimming is back. In particular, with the help and inspiration of Edel Mulholland and Allan Evans.”