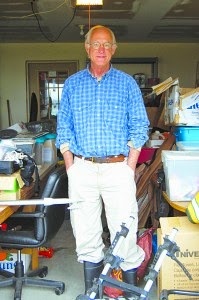 Being from a warm-weather state (California) with relatively mild air and water temperatures, it is impossible for us to imagine the harsh weather, freezing winds, frozen lakes and heavy snowfalls that are experienced by those at higher altitudes and higher latitudes.

Vermont, as one example, is a location that we imagine is either a beautiful lush green in summer, a colorful combination of oranges, yellows and reds in autumn, or a blanket of white in the winter.

It is here on the lake of Memphremagog that the inaugural United States Winter Swimming Association Championships will be held in February 2015. With its race organizer Phil White stationed on the shores of Lake Memphremagog, he faces these constant blasts of colors and fluctuating temperatures from the comfort of the ClubHous.

His perspective gives a hint of the excitement on the shores of Memphremagog. “We’re having a nice cold spell roll through with grey November skies. The wind-whipped lake is now in the high 30’s with temperature dropping every day. We have the fire in the stove and snow on the mountains. Ski season has started and I can almost hear the sound of chain saws on ice.”

White is as imaginative as he is hard-working. He brings the sport to new generations and was rightly nominated as the 2014 World Open Water Swimming Man of the Year.

His nomination reads, “Race directors have to be committed, caring and creative. Phil White is the epitome of the much-appreciated organizer who has breathed a renewed sense of community, adventure and challenge into the idyllic Northeast Kingdom of Vermont. Dotted with innumerable lakes of rare beauty, White envisioned all kinds of courses and competitions where none existed before. He not only has attracted athletes and volunteers from 36 American states and 8 countries to his green corner of the world, but he has also kindled a wide spectrum of support from corporate to governmental entities. For his launch and execution of the wide-reaching Kingdom Games that includes 40 days of competition including everything from ice swimming to marathon swimming, for inspiring people from all walks of life, ages, and abilities to participate in races both short and long on a year-round basis, for his enthusiastically contagious encouragement of daring people to dream, Phil White is a worthy nominee for the 2014 World Open Water Swimming Man of the Year. ”