Skip to content
When Anna-Carin Nordin Made Oceans Seven History 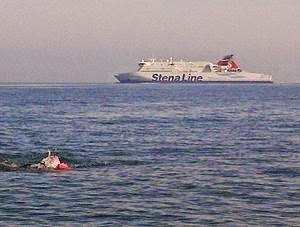 Anna-Carin Nordin was a 41-year-old marathon swimmer who became the first woman and second person in history to complete the 7 channels of the Oceans Seven.

The ice swimmer is versatile and has done a number of masters pool competitions, FINA events, and marathon swims. She was also nominated for the 2011, 2012 and 2013 World Open Water Swimming Woman of the Year and finished third in the 450m endurance swim at the 2014 Winter Swimming Championships.