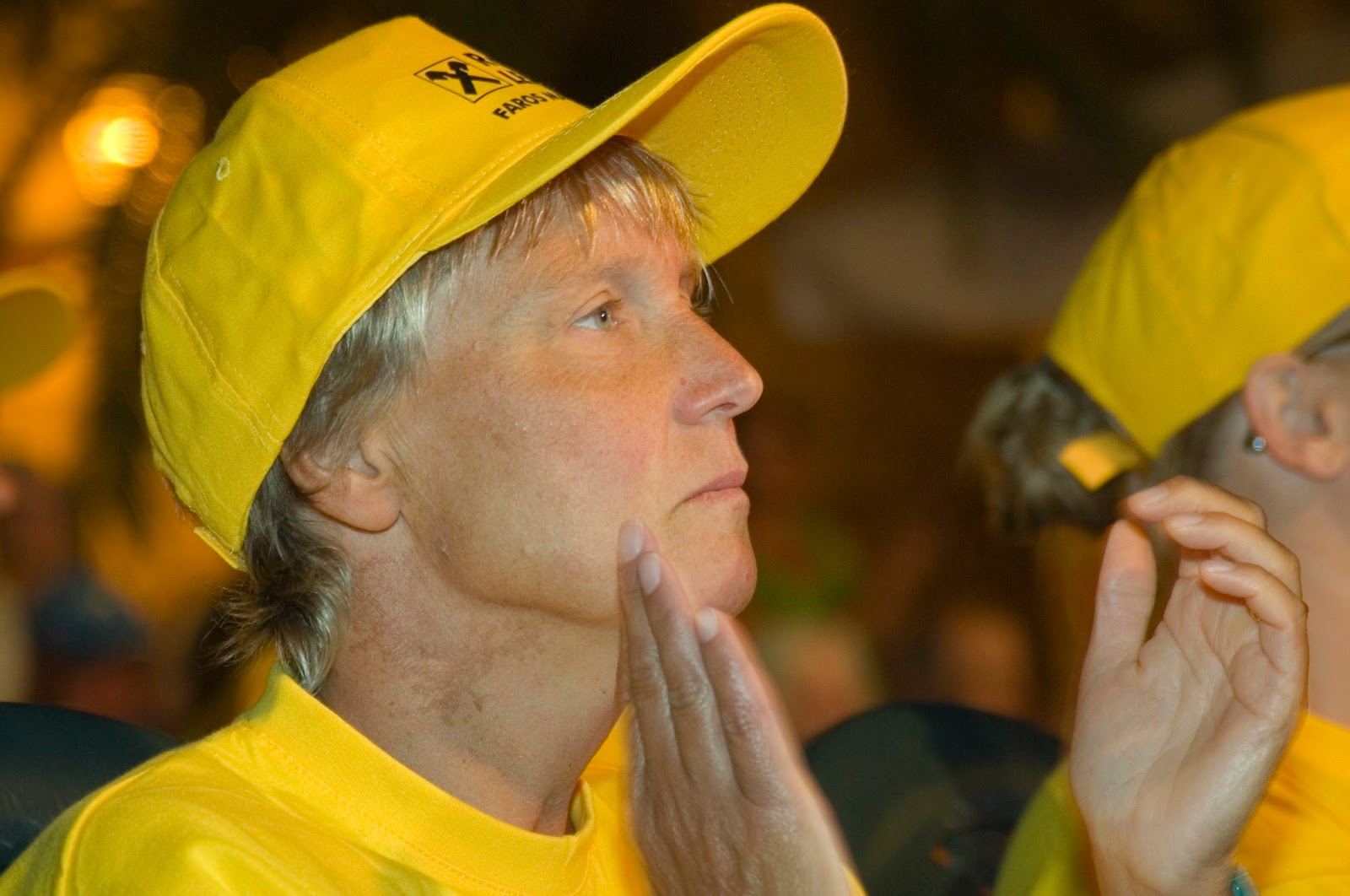 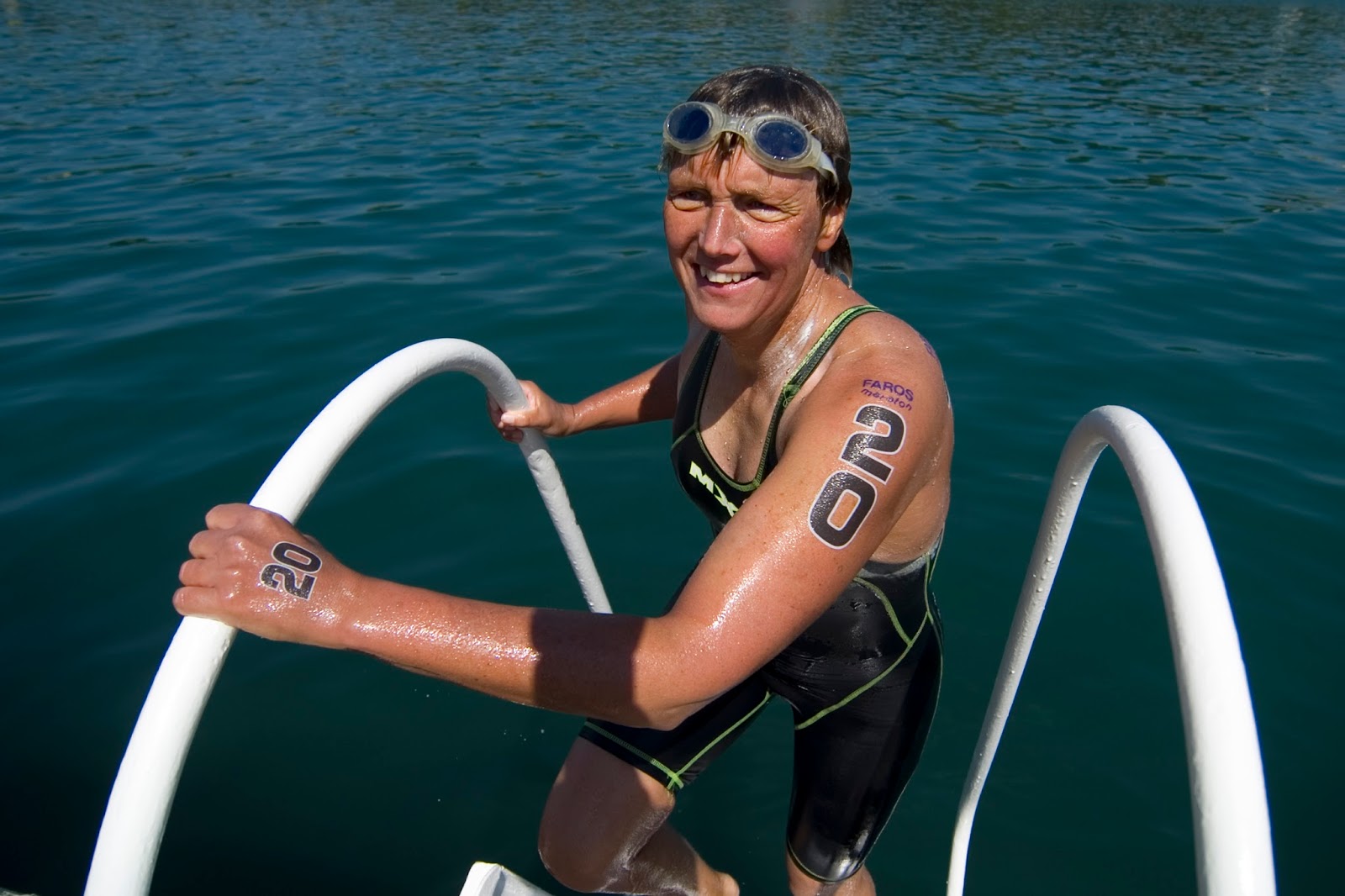 It is a well-deserved recognition for an athlete with one of the most comprehensive marathon swimming resumes in the world.

Not only was van der Laan one of the fastest and most durable marathon swimmers in her heyday during the 1980s, but the prolific Dutch swimmers has been competing on the professional marathon swimming circuit for 3 decades, quite possibly participating in more marathon swims and competing for longer overall distance than anyone in history.

For example, completed her 21st Faros Maratón in addition to dozens of other marathon swims completed over 15 times.

Her career has also included over 200 professional marathon swimming competitions where she has transitioned from being coached by her father early in her career to having her daughter Jolina Stap take over the reins in the later part of her career.

Olivier Ervyn, a Belgian who creates spectacular documentary photography, captured van der Laan getting out of her 20th successful completion of the Faros Maratón in 2013.