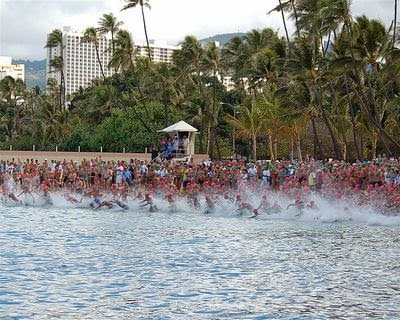 There are all kinds of sporting events in Hawaii including dozens of ocean swims year-round.

While the Hawaiian islands is home to the NFL Pro Bowl, PGA tour events, Honolulu Marathon, Xterra World Championships and the Ironman World Championships, no open water swimming event is bigger than the Waikiki Roughwater Swim held in early September.

The Waikiki Roughwater Swim attracts new swimmers and veteran swimmers year after year. Some of those swimmers are now approaching their fourth decade of annually competing in the 2.4-mile swim across Waikiki Bay.

Channel swimmer Alton Motobu did some exhaustive research and compiled the top swimmers who have completed the most number of Waikiki Roughwater Swim events between 1970 and 2014: