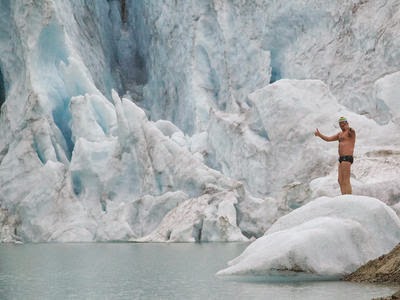 How Low Can They Go?

With Bhakti Sharma‘s recent Antarctica swim generating waves of congratulations across India, where does her 41-minute 1.4-mile swim in 1ºC water rank in the Southern Ocean?

2014: Andrew Chin did a 1 km swim and Toks Viviers and Gavin Pike completed an ice mile in Paradise Harbour in Antarctica in -1ºC water

Instead of traveling to the Southern Ocean, over 650 swimmers will take a significantly less expensive route to compete in water around 3ºC in the UK Cold Water Swimming Championships. The Championships are hosted by the South London Swimming Club in London’s Tooting Bec Lido this weekend.