Skip to content
Armed With Nothing But A Swimsuit 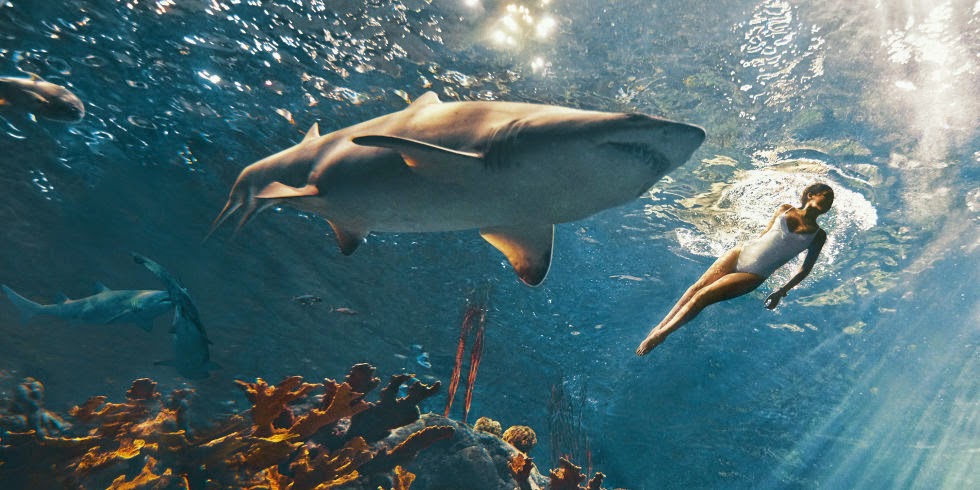 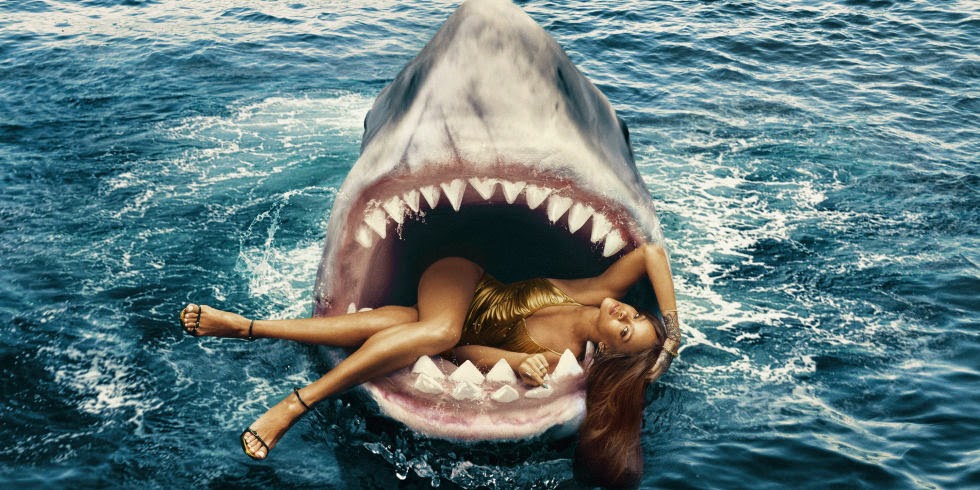 Armed With Nothing But A Swimsuit

On the 40th anniversary of the iconic movie Jaws, a Barbadian singer Robyn Rihanna Fenty, better known by her stage name Rihanna, was photographed by Norman Jean Roy for the March issue of Harper’s Bazaar.

Her interview is posted here.

Like many who saw the original movie in 1975 or its various sequels, Rihanna said, “Jaws freaked me out because I was a beach baby, so every time a new Jaws came out I would take months off from the beach or just sit on the sand. If I happened to get in the water, my dad would hum the theme music, and I was right back out of it. But that was really my fault because I was obsessed with Jaws.”

Those thoughts were echoed by many, especially ocean swimmers or those who thought about swimming far off the seashores around the world.

When it comes to the movie Jaws and swimmers being attacked by sharks, we cannot stop thinking of Susan Backlinie. 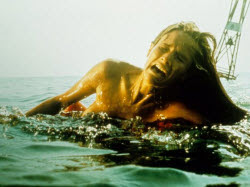 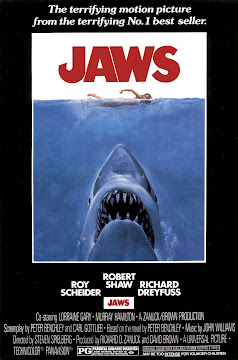 Susan Backlinie was a former age-group swimmer with a good swimming stroke.

Backlinie was also gifted with excellent navigational sighting technique and a streamlined body position in the open water who knew how to gracefully run into the ocean and could swim well. But her name is not as well-known among the contemporary swimming community as it is in the movie industry.

In the summer of 1975, Backlinie appeared on the promotional poster and as Chrissie Watkins, an ocean swimmer in the iconic opening scene in Jaws. 67 million Americans saw the film during the summer of 1975 and hundreds of millions of film-goers have seen the scene since.

Backlinie, working under the direction of Steven Spielberg, worked hard to create the initial death scene.

The scene of the shark attack was shot several times over the course of 3 days. After many takes, miscues, and experiments, the final shot was produced when Spielberg did not tell the former age-group swimmer when she would be attacked. When the diver below her grabbed onto, and pulled her leg to pull her under, she gave an genuine scared, iconic reaction that remained in the final movie edit.

In order to simulate her body being moved left and right in the water, two 300-pound weights were attached to Backlinie and were being tugged by two groups of crewmen on shore. One group would pull right, and the other would pull left in order to create the scene.

Later, when she was recording the screams to be dubbed over the film, Spielberg had her tilt her head back and poured water down her throat while she screamed.

In the movie when the remains of Chrissie were examined, the tissue damage indicates the non-frenzied feeding of a large squalus is described by oceanographer Matt Hooper. Squalus is Latin for shark. On the beach when Chrissie’s remains are discovered, the prop arm that was originally used looked too fake in the scene so a female crew member was buried in the sand with only her arm exposed.

37 minutes into this documentary on the making of the film Jaws, Backlinie explains the creation of her iconic scene: