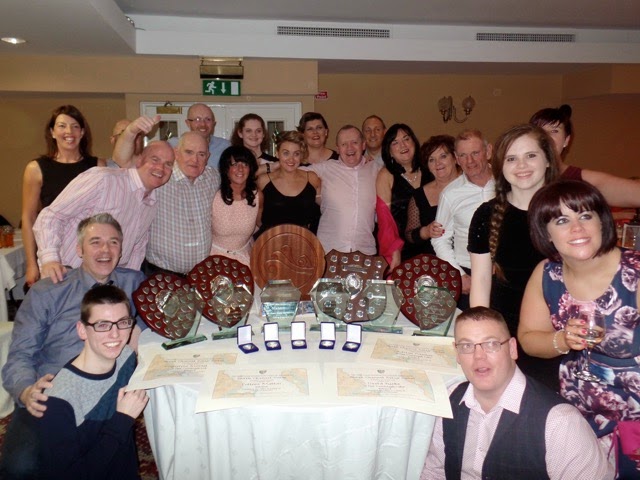 Report is courtesy of Jacqueline Galway.

The following athletes were recognized for their accomplishments and achievements at the 2014 Irish Long Distance Swimming Association﻿ Awards ceremonies held at The Espalade Hotel in Bray Dublin:

* Jon Glover, Juvenile Swimmer of the Year Runner Up

McClelland summarized, “Special thanks were offered to coach Milo McCourt, Pádraig Mallon and Nuala Moore for their tireless efforts in open water swimming and safe passage to the challengers of 2015 including the Ice IK’ers, Keith Garry and Donna Cooke.”