When young children can see and do something spectacular, it creates a lasting impression.

When many of them do something spectacular together, it can create a powerful movement and a lasting mindset. 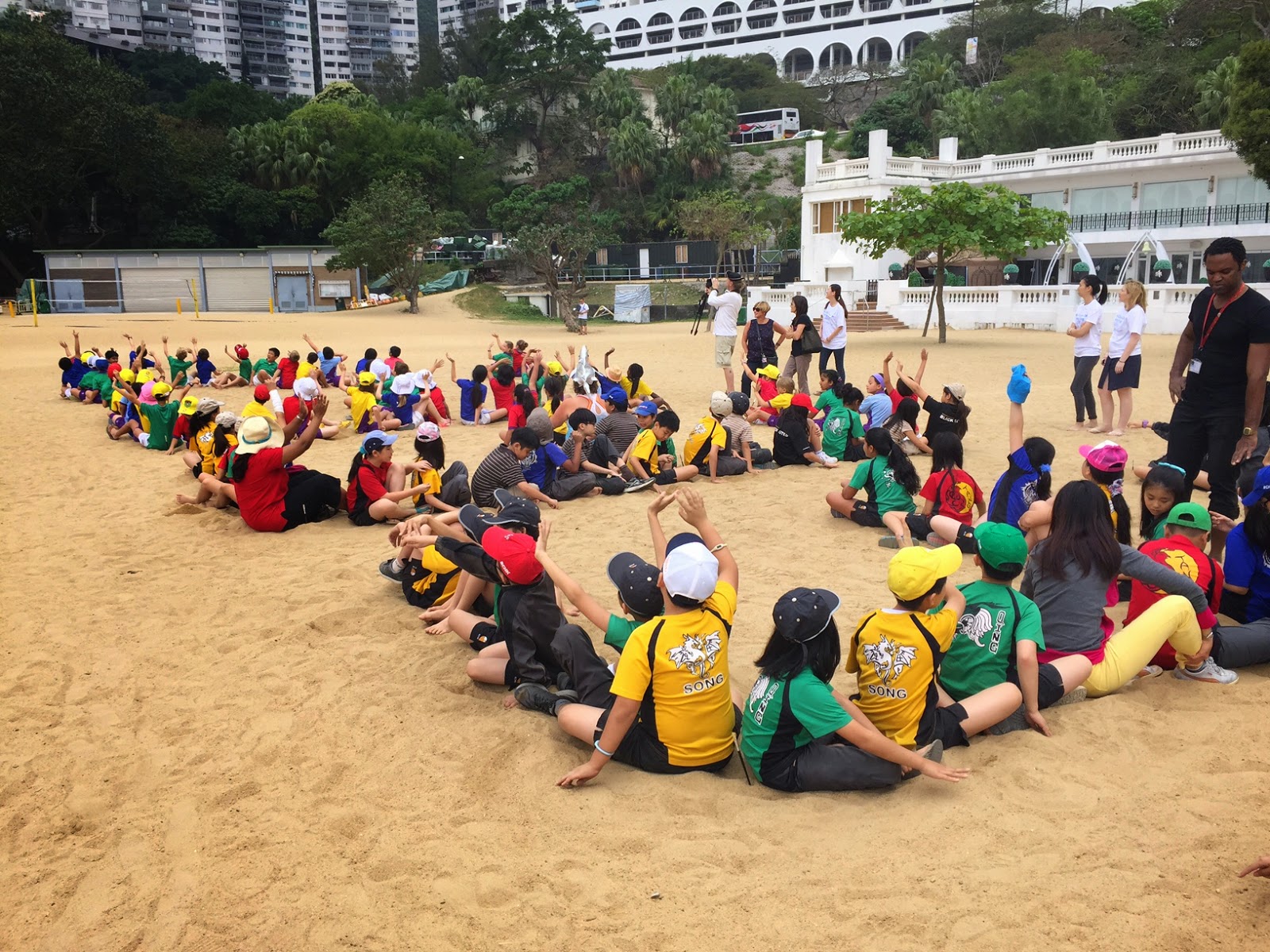 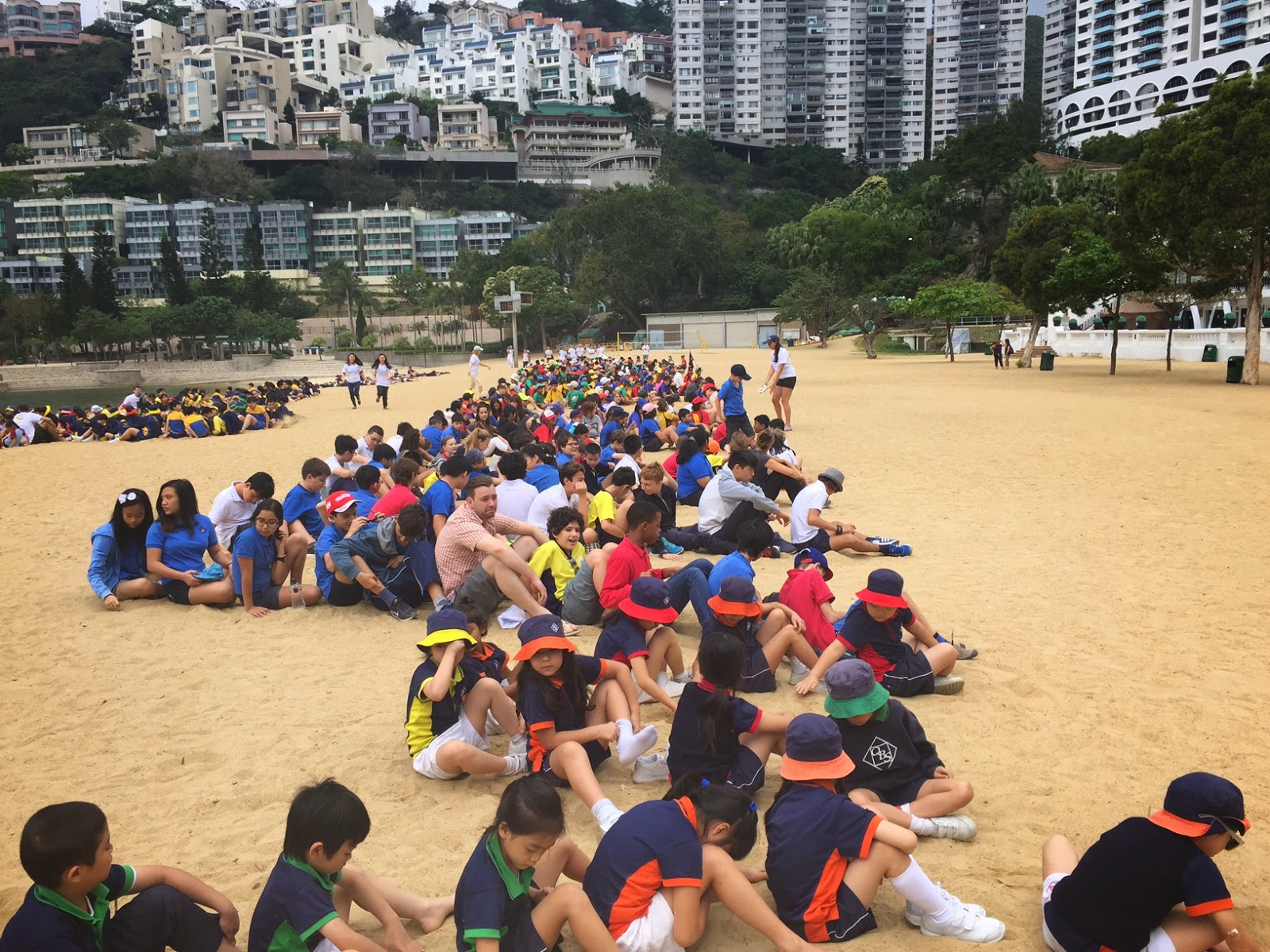 This is what Doug Woodring and Ocean Recovery Alliance are helping do within their open water swimming community in Hong Kong especially with their human aerial art extravaganzas.

The image was accompanied by chopsticks and the words “Where’s My Reef,” and in Chinese characters 節制 which means refrain. The Hong Kong government was supportive and spread information about the event to all its departments. 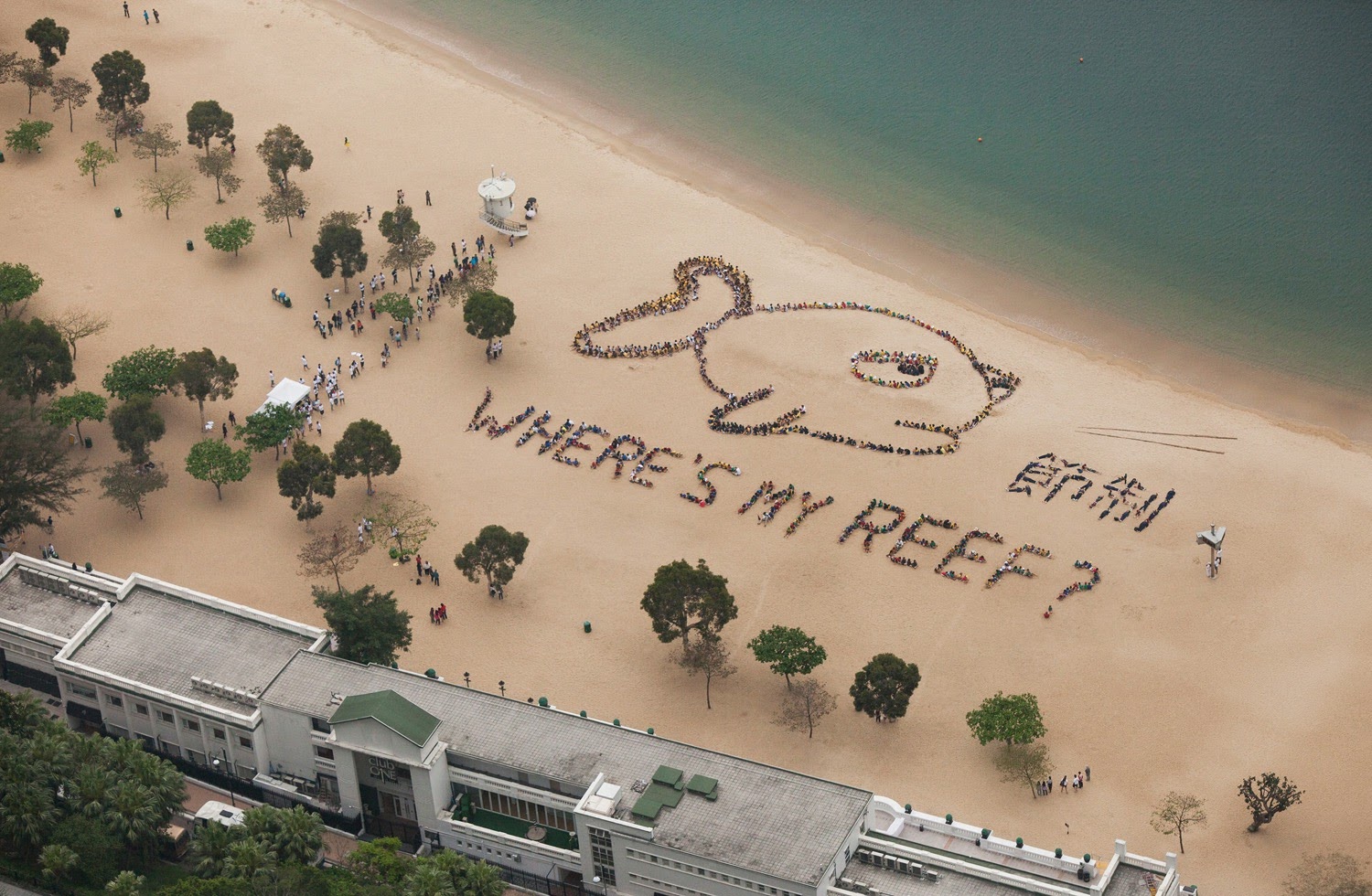 Based on an original drawing by Giselle Li, a 7-year-old student from Victoria Shanghai Academy in Hong Kong, the image was brought to life on the beach by international aerial artist John Quigley of Spectral Q with partner support from the Malibu Foundation who has run Kids Ocean Day in Los Angeles, California for 22 years.

“Today the children have spoken out, using art as a way of expressing their love for the ocean by creating the shape of a giant reef fish. Hong Kong plays a critical role in the demand and consumption for reef fish in the region, and most of the community does not realize or understand where this type of fish comes from,” said Woodring. “Unlike fish from the open water, fish on the reef play a critical role in keeping the ecosystem in balance—removing one or two species from the reef by overfishing can be detrimental to the whole thing. And reefs, the ‘forests’ of the ocean, are responsible for over 25% of all life in the sea.” 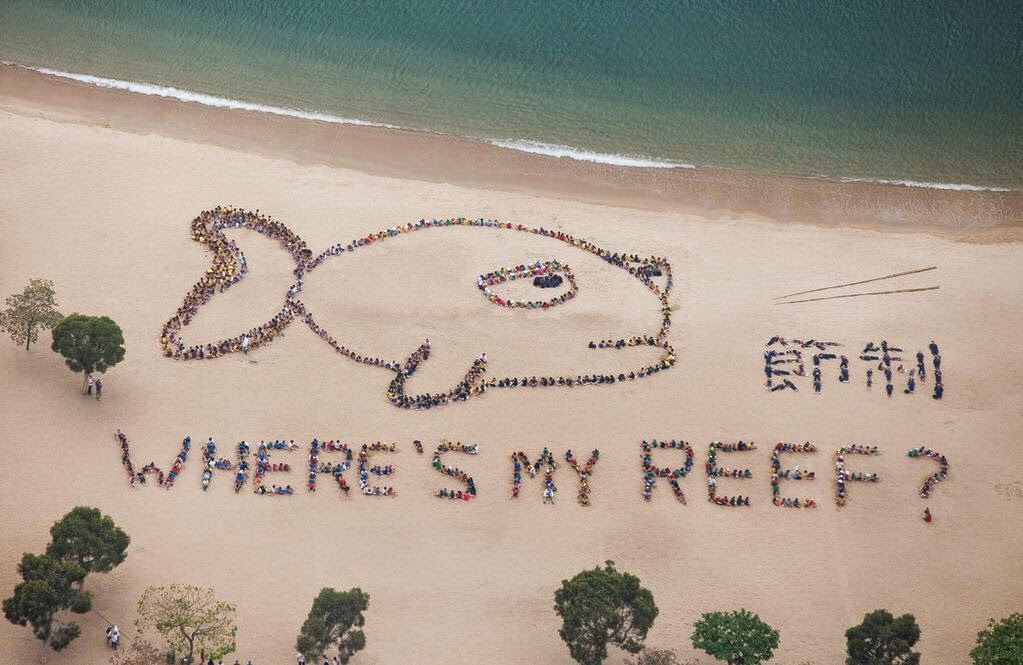 2015 is the third year that Kids Ocean Day took place in Hong Kong, the only one of its type in Asia. A partnership with Ocean Recovery Alliance, The Malibu Foundation and Spectral Q, the event is preceded by a week of ocean talks at local school assemblies. “The program is about raising awareness to facilitate behavioral change. Throughout the year, we taught students that beneath the surface of the ocean, animals are being impacted by our actions on land – sometimes eating plastic, getting tangled in nets, and being impacted by pollution. Today, we took them to the beach for more education and beach appreciation to bring engagement around preservation,” said Malibu Foundation and Kids Ocean Day founder and executive director Michael Klubock.

Neil Harvey, CEO, Hong Kong, Credit Suisse, the event’s presenting sponsor, said, “Credit Suisse is delighted to support the public education initiatives of Ocean Appreciation Month 2015. Oceans and seas across the world are under significant threat from over-fishing and pollution, and we hope that through our sponsorship of this event, we can help to promote public awareness of environmental preservation and encourage young children in Hong Kong to appreciate the ocean.”