Skip to content
Let Equality Ring, Cashing In On A College Scholarship 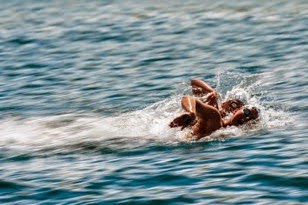 Let Equality Ring, Cashing In On A College Scholarship

One of the distinct advantages of becoming an elite world-class athlete in America is to receive a college scholarship as a student-athlete in a NCAA institution of higher learning.

Whether it is football or water polo, an American college scholarship at a NCAA educational institution enables dedicated students to receive a free (or heavily discounted) high-quality education.

But, more importantly for an athlete, the scholarships also allow student to train and compete with many other world-class athletes under experienced veteran coaches in facilities that are among the best in the world.

Whether it is an American or non-American playing basketball or swimming, they can take that experience and parlay it into some kind of a professional career whether it is as an athlete, commentator or play-by-play television analyst.

But with all the millions of dollars that support these highly talented athletes, coaches and facilities, we were surprised to hear from Nancy Hogshead-Makar of Champion Women that every year college women receive US$190 million less in athletic scholarships than their male counterparts. The former Olympic swimming champion and women’s sports advocate estimated that if American universities provided men and women with equal opportunities to participate in sports via funding, then 134,528 more women in America would would have a varsity collegiate sports experience.

That is a huge differential.