Skip to content
Previous Next
Benefitting From Bangor Boats 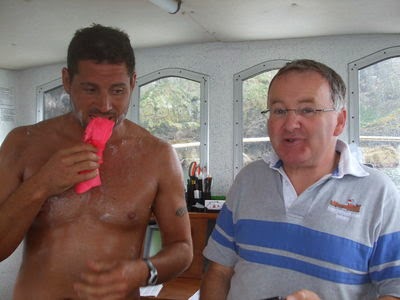 Brian Meharg of Bangor Boats has almost seen it all on the North Channel.

From helping Kevin Murphy in 1972 on a 2-way attempt and Ted Keenan in a 1973 crossing to piloting for Alison Streeter in 1988 and Colleen Mallon in 2014, his career has spanned much of the history of swimming between Scotland and Ireland. With 23 successful crossings under his escort, he has many stories to tell and many experiences to share.