Skip to content
Previous Next
Wandering Samurai In The Open Water 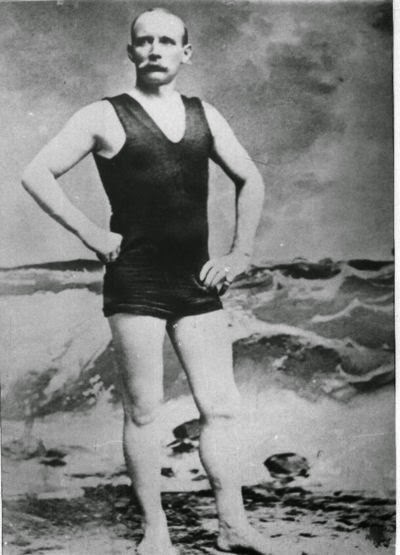 A rōnin was a samurai with no lord or master during the feudal period (1185–1868) of Japan. A samurai became masterless for various reasons including due to the death or fall of his master.

In modern Japanese usage, rōnin – or a wandering samurai – also describes an individual who is between jobs or a high school graduate who has not yet been admitted to university despite taking the entrance exam. These wandering samurai try with all their might to find a job or get into a university – and they never give up until they achieve success.

This word reminds us of an open water swimmer who is repeatedly trying to complete a swim: noble individuals with noble intentions, but who have faced just a bit of bad luck and poor timing on their crossings.

Frankly, not completing a swim is hard to accept among the marathon swimming community anywhere in the open water swimming world.

The feeling of not finishing a crossing or not completing a swim – of any length – is always difficult to accept. But open water swimmers are noble and passionate about their sport. They accept the oft-experienced fate that a swim can be halted for any number of reasons outside the power of the swimmer and crew.

From the days of Matthew Webb [shown above] and the motto on his memorial, Nothing Great Is Easy, never giving up has been a fundamental part of open water swimming. As Kevin Murphy says, “I’ve never counted my attempts at a three-way [English] Channel. My guiding principle was, ‘Next time I’ll do it.’“

A comprehensive list of swimmers throughout history who have repeatedly tried to finish a marathon or channel swim, but failed three or more times, are too numerous to list here. But these athletes are among some of the greatest heroes and heroines of our sport:

Eight Attempts
* Mercedes Gleitze: crossed the English Channel on her eighth attempt in 1927 in 15 hours 15 minutes

Three Attempts
* Cyndy Hertzer (USA): attempted to cross Lake Tahoe three times, but Mother Nature intervened every time
* Dr. Otto Thaning (South Africa): crossed the English Channel in 1994 on his third attempt in 10 hours 29 minutes (thwarted again in 2013 and succeeded again in 2014 at the age of 73 years 6 months in 12 hours 52 minutes)
* Barb MacNeill (Canada): crossed the Northumberland Strait on her third attempt in 1987 in 11 hours 23 minutes
* Willy Blumentals (USA): will attempt the Tampa Bay Marathon Swim for the third time this weekend

International Marathon Swimming Hall of Fame Honor Swimmer Ted Erikson recalls his failed two-way attempts in the English Channel, “My 1964 double attempt missed Cape Griz Nez by less than a 1/2 mile. Because of this, in 1965 I made two more attempted first computer analysis crossings based on research conducted by Tony Dundzilla at the IIT Research Institute where I worked. Problems of start position, time, headings, etc. were then resolved by a my personal “graphical backward swim analysis.” Handing plot to Captain Peter Winters, he thought I was crazy. Not successful without GPS, ‘sightings in use were not very accurate’.

After [my son] Jon [Erikson] lowered my double [English] channel time to 30 hours flat, he and Cynthia Nicholas began a relationship which culminated in a duel for the triple. Jon was successful on his fourth attempt over period 1979-81.

I remember a visit where Jon and Cynthia were at my home in Chicago about 1976 (after Cynthia beat Jon in pro marathon swimming competition and lowered Jon’s time for the double). While I was preparing dinner, I heard their talk about who would be the first to do a triple. It reminded me of a similar talk between Greta Andersen and I in 1965 at Hubert House in Dover about who would do the first double. Such are the dreams of marathon swimmers.

Cynthia accumulated 4 or 5 double swims in this duel with Jon and later, with Alison Streeter for the female record. No triple for Cynthia after Alison captured that.”

Michael Read recalls his five attempts of his two-way attempts of the English Channel, “My last two-way attempt was 29 hours 5 minutes. I got to within 1 mile of Dover in 24 hours and then spent 5 hours trying to do the last mile until I finally snapped mentally, telling myself that I had done the mile 10 times over and still could not get in. When I stopped the pilot then said that if I had stayed in another 3 hours the tide would have taken me in, a pity he had not explained that before I finally gave up.”

If readers know of other swimmers who repeatedly attempted any kind of open water swim, whether ultimately successful or not, please email this information to Daily News of Open Water Swimming Editor in order to help make a more comprehensive list of people who never give up.