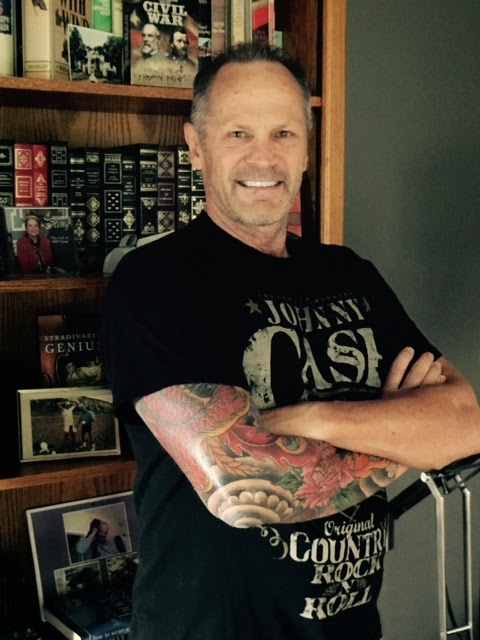 Channel swimmer James Tout wrote Across the Pacific, a novel about a young marine who falls in love with nurse in the Philippines when war breaks out. “It is based on my uncle, whom I am named after. At the age of 18, he was one of the first Texans to be killed in the World War II.”

But the native Texan is as much as a visionary as he is an author and swimmer. He is the only person known to complete the Triple Crown of Endurance Sports that comprises of an English Channel swim, a Boston Marathon run and a full Ironman Triathlon.

He strongly believes that there is a market for triathletes who want to transition into marathon swimming. “Not the short 10 km stuff, which is great but different kind of training, but real long stuff.”

He explains his line of thinking. When I did the Ironman triathlon in 1981, I was one of 419 athletes who took the start and one of fewer than 300 that finished. Athletes like to be on short lists and when I did that I was on a ‘short list’. Now World Triathlon Corporation offers 41 full Ironmans in 27 countries and on all continents other than Antartica. Each race draws 1,000 to 4,000 athletes.

He asks, “So, how special do you feel with you are one of 41,000 to 164,000 athletes to do an Ironman each year? What is out there for the triathlete who is burned out with the race in every town kind of thing?

I want to offer a transition for triathletes. My new book offers a new sport for elite athletes: ‘run the Boston Marathon, do the Hawaiian Ironman, swim the English Channel, and brag for the rest of your life’ to paraphrase John Collins who conceived of the Ironman. I will launch this with a website.

The book consists of three sections – everything is in three’s. One section about my history as a college track runner to the Boston Marathon. I ran my first marathon in 1977 and my last in 2007 and forced to stop due to congestive heart failure. The second section is the history of the three sports and how much all three have changed. And the third section is about my training ideas for marathon swimming that I call my DEFCON system. I got idea from the warning system.

I want to get more people swimming the Oceans Seven and the Triple Crown majors and how best to do it. This book will show you the way.”