Skip to content
Previous Next
Once Is Good, Twice Is Nice 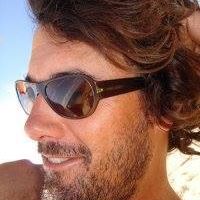 Hank Wise, a waterman and coach from SWIM Long Beach, California, previously did an 8 hour 7 minute 3 second crossing (#4 all-time CM) from Santa Catalina Island to the California mainland in 2010.

Five years later and wiser, he tried in the opposite direction.

“The ocean’s fury and power are amazing. She is like a moody beast – sometimes sleeping, sometimes happy and playful, sometimes ferocious and destructive. I hope to peacefully sneak across her powerful paw as she sleeps.”

This morning, Wise cranked out an 8 hour 7 minute 37 second crossing from the mainland to Catalina (#4 MC all-time), a remarkably similar time by the same person in the opposite direction.

Wise reported back on his adventure, “I am grateful to say that things went well. The swim had all the elements you look for in a successful adventure: challenges, dedicated teamwork, consistent effort, positive attitude, random animal experiences and a rewarding outcome. My team was awesome and we worked cohesively all night long. I am so grateful they were willing, filled with positive energy and waterman skills, and available to assist me in this effort! We had an unforgettable night together.”

Wise was also treated by marine life encounters of various sort. “Before the start a playful small seal came by the boat to say hello. During the swim, a pod of dolphins swam under me for a bit and then swam off. I wasn’t even aware of their presence until a felt a ‘whoosh’ on my left foot, water moving due to them swimming so close. Small jellyfish were stinging me for a short bit there on hour #7 – not to worry – the sting feeling went away quickly.”

He swam mostly at night – and it was a dark night. “It was new moon – which means two things – massive tidal movement and no moon visible. [It was] black velvet with a few clouds…a beautiful night on the 66°C. The phosphorescence would light up every time my hand entered the water. Glow sticks on the paddlers wetsuits and boards and phosphorescence were my main source of light.”

The Stanford graduate was typically philosophical after reaching land. “I am inspired by folks who live their dream. That is, become their most authentic, best-self and completely committing to the practice and the necessary skills to GO BIG. And then one day, when the preparation is complete and the time is right, go out and put out a grand effort. Part of my journey is to inspire your journey. I encourage you to transform your inspirations and dreams, into practice and performance and go for it.”