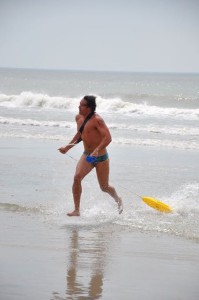 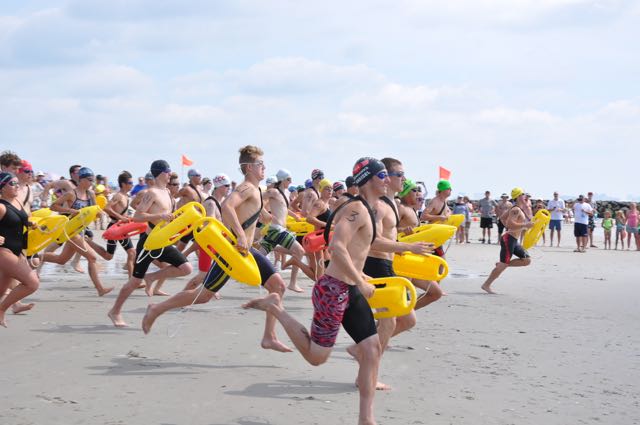 It was a tough 0.6-mile course that normally would take the University of Florida swimming star significantly less time, but conditions were tough.

But this last weekend, Cassidy took a long and frustrating 28 minutes to complete the surf life saving test. Bruckner Chase described how tough the 1 km course was, “Quinn won in 28:00. At 45 minutes, less than a third of the field had finished and the last guy took 1 hour 19 minutes. It is amazing what a 20 mph wind blowing offshore can do to a swimmer once you get beyond the natural break the island provides.”

Cassidy has the DNA to do well in the ocean. His father, Sid Cassidy, is an Ocean City Beach Patrol Hall of Fame inductee who won the South Jersey Lifeguard Championship swim in 1977 and 1978.