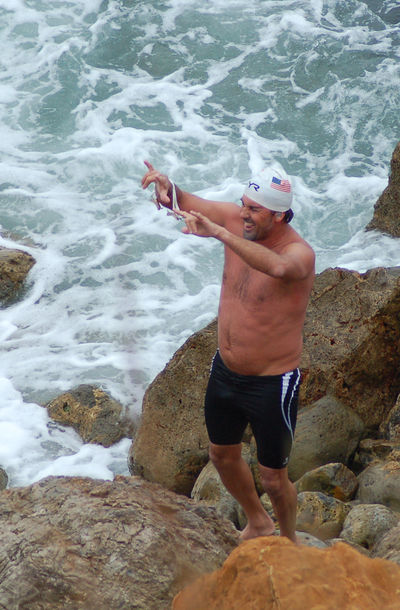 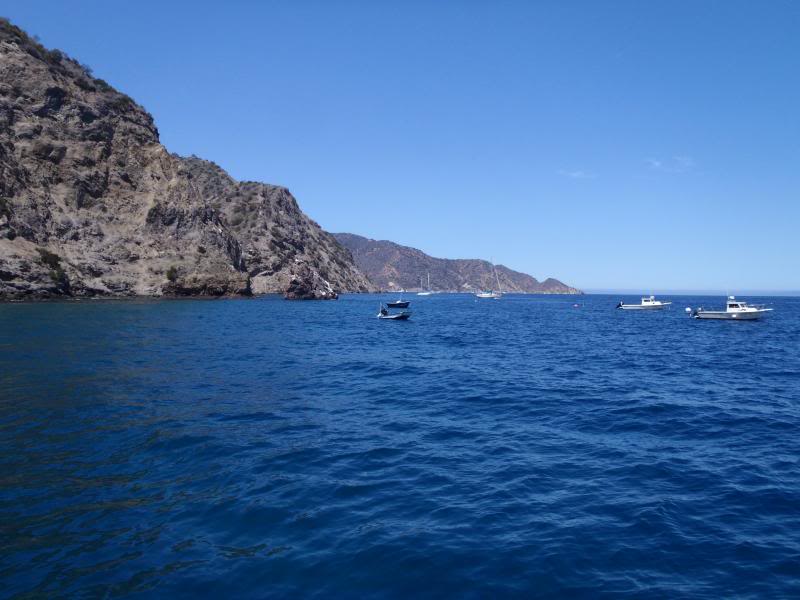 One of the most basic rules of swimming across the English Channel and Catalina Channel is to clear the water at the finish.

Swim all the way across the channel, but the crossing is not official until the swimmer is officially judged to clear the water with every body part out of the water.

According to the Channel Swimming & Piloting Federation, “If you want to swim the English Channel, you must finish on land where the observer can see you standing on land and not in water.”

According to the Channel Swimming Association, “For a swim to be officially recognised, swimmers must enter the sea from the shore of departure and swim across the English Channel to finish on dry land, or to touch steep cliffs of the opposite coast with no sea-water beyond.”

To clear the water, an observer must see the swimmer standing on land without any body part in the water.

In some cases, swimmers make an effort to run up to as high ground as possible just to be certain to clear the water.

But in other cases, channel swimmers are faced with unclimbable rocks, impassable ledges and sheer cliffs at the finish. This was the case of Hank Wise during his Catalina Channel crossing last week. Arriving at Arrow Point on Santa Catalina Island just under 8 hours on one of the fastest crossings in history, Wise was faced with a choice: climb the rocks and get cut up or find another location.

“The swells were coming into land, so I waited for the surge to pick me up and get me up on the rocks,” he explained. “It was still dark, so I got cut up a bit as I kept trying to land on the rocks. I thought I got up high enough, but the observer said I didn’t make it.”

After 5-6 minutes of several attempts in the dark, he decided that clearing the water was nearly impossible on the windward side. Scrambling in the dark, he decided to swim around to the leeward side of Arrow Point where the conditions were more flat protected by the rock outcropping on the peninsula. “It was easier to clear the water in the calmer water and it was all good. I’m happy [of his 8 hour 7 minute crossing].”

Others have had a similarly difficult time with not good alternative options. Michael Miller cracked two ribs at the end of his 10 hour 23 minute crossing as he tried to scramble up slippery rocks near Terranea Point at the end of his Catalina Channel swim. “He found a small landing spot among a bunch of larger rocks. As the ocean swells came hitting the rocks, he tried to time the swells so he could ride the ocean swells up on the rocks. He had the energy, but his strength was a little less than normal after the long crossing. Finally, a large enough wave came and jammed his body against the rocks. Fortunately, he was flung high enough onto the rocks so he cleared the water,” recalls his crew. “But the impact cracked his ribs.”