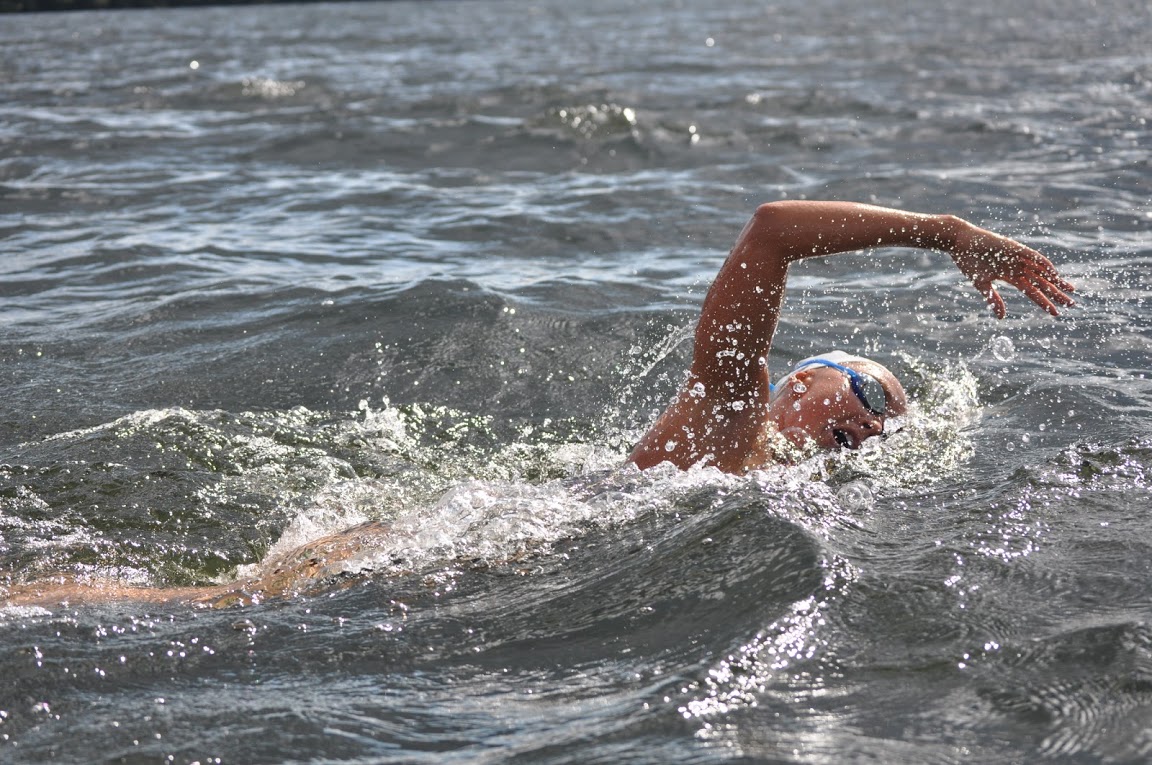 Swipping is a conjoining of the words swimming and slipping that Gary Hall Sr. of The Race Club coined as a description of swimming with the least amount of frontal drag possible.

His explanation is here.

While optimal swipping may be thought of as a means to reduce the amount of drag forces on the body as much as possible by having a high elbow catch in the pool, swipping takes on an entirely different element in the open water where there are lateral, oncoming and vertical forces on the body.

Lateral forces result from currents, tides, ocean swells and surface chop coming at the swimmer in a diagonal or perpendicular direction. Additionally, swells, waves and surface turbulence act upon the swimmer by lifting and dropping the body in the vertical plane. And oncoming forces such as currents, tidal pull or ocean swells going in the opposite direction must be occasionally managed in addition to the vertical forces that act upon the swimmer to increase drag forces.

So what is a swimmer to do to counteract these forces?

1. Swimmers can find their rhythm in their breathing cycle within these dual forces so water is not swallowed during the breath.

2. Swimmers can have a strong core so their body position remains flat and their hips do not drop below the surface of the water.

3. Swimmers can maintain a kick, whether it is a 2-beat or 4-beat kick, enabling them to maintain a more streamlined position.

4. Swimmers should maintain a position where their face is looking downwards while their head does not drop below the surface of the water (especially when they are facing oncoming currents or swells).

As Hall explains, “Swimming is a sport of millimeters, tenths of seconds and degrees. Drop the elbow a few millimeters and the drag jumps way up.” That is especially true in the open water where a swimmer – unlike their pool swimming colleagues – faces many more counteractive forces in all kinds of directions.