Skip to content
Previous Next
A Man On A Mission, Solo, Alone, Unaccompanied 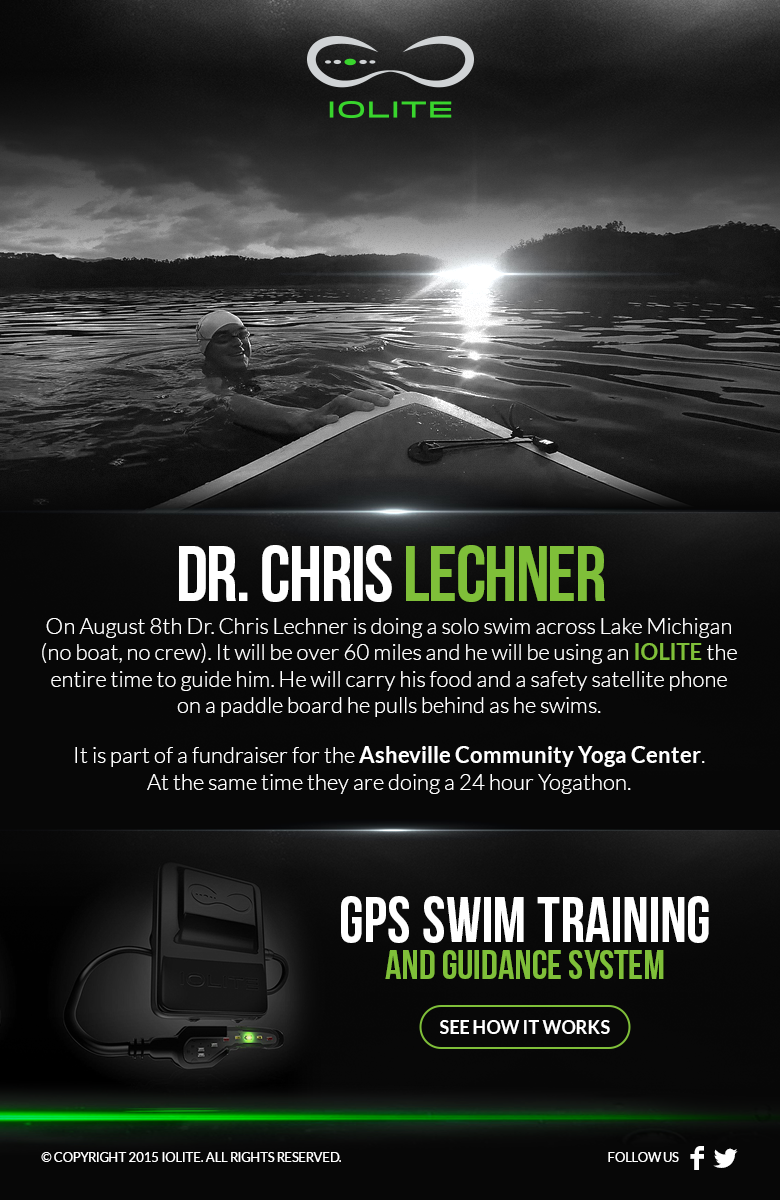 Nothing is more fundamental in channel swims than for a swimmer to have a support crew, escort boat and pilot. Kayakers, feeders, and pace swimmers are also occasionally part of the marathon swimming package.

But Dr. Chris Lechner is ditching the human elements of marathon swimming. He is stripping his support down to a paddle board, IOLITE device and satellite phone on his 60-mile traverse across Lake Michigan on August 5th.

His charity swim is supporting Asheville Community Yoga in its Yoga-thon/Swim-a-thon fundraiser.

The hand surgeon from Asheville, North Carolina is a pioneer. It is part of his DNA. At the core, he is a calculated risk-taker and passionate adventurer.

Back in 2011, the 54-year-old doctor successfully reattached a 17-year-old girl’s hand after it was severed in a car accident.

Last month, Dr. Lechner standup paddled 227 miles along the French Broad River over a 2-week period. “It made me feel like a river explorer. I became more interested in observing the river than conquering its rapids.”

He trained for the journey by paddle boarding, usually upstream and against the currents. “The harder, the better,” he says. “Strength and endurance come from resistance. I also do yoga 2-5 days a week. I will be 55 in August. Stretching and core stability provide the platform from which to pull harder in swimming or paddle sports or run harder and longer.”