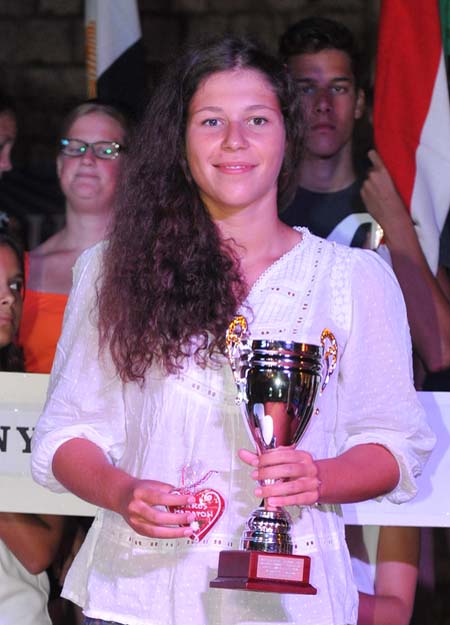 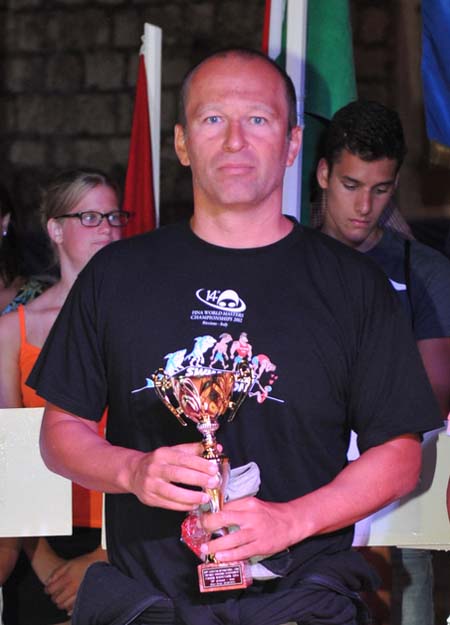 One of the most interesting friendly family battles in the open water swimming world is between two Croatian swimmers.

45-year-old masters swimmer Dr. Josip Aralica and his up-and-coming 18-year-old daughter Lucija have gone head-to-head at both the 38th and 39th editions of the Faros Maratón in Croatia.

In round 1 during the first summer, father Josip out-swam his 16-year-old daughter completing the 16 km course in 3 hours 52 minutes versus her 3 hours 56 minutes.

But after a year training with Olympic marathon swimming coach Slaven Šitić, the year-wiser Lucija paced herself very well and swam faster as her father slowed down, finishing in 3 hours 50 minutes to her father’s 4 hours 8 minutes.

Before last year’s race, coach Šitić predicted, “She will try to beat her father. The way she is training, Josip has no chance.”

Šitić was right on and Lucija is still getting faster, but the Croatian father and daughter still both enjoy the competition and camaraderie of marathon swimming in the lead-up to this year’s 40th edition on August 29th.