Skip to content
Reach Up To Finish In The Open Water 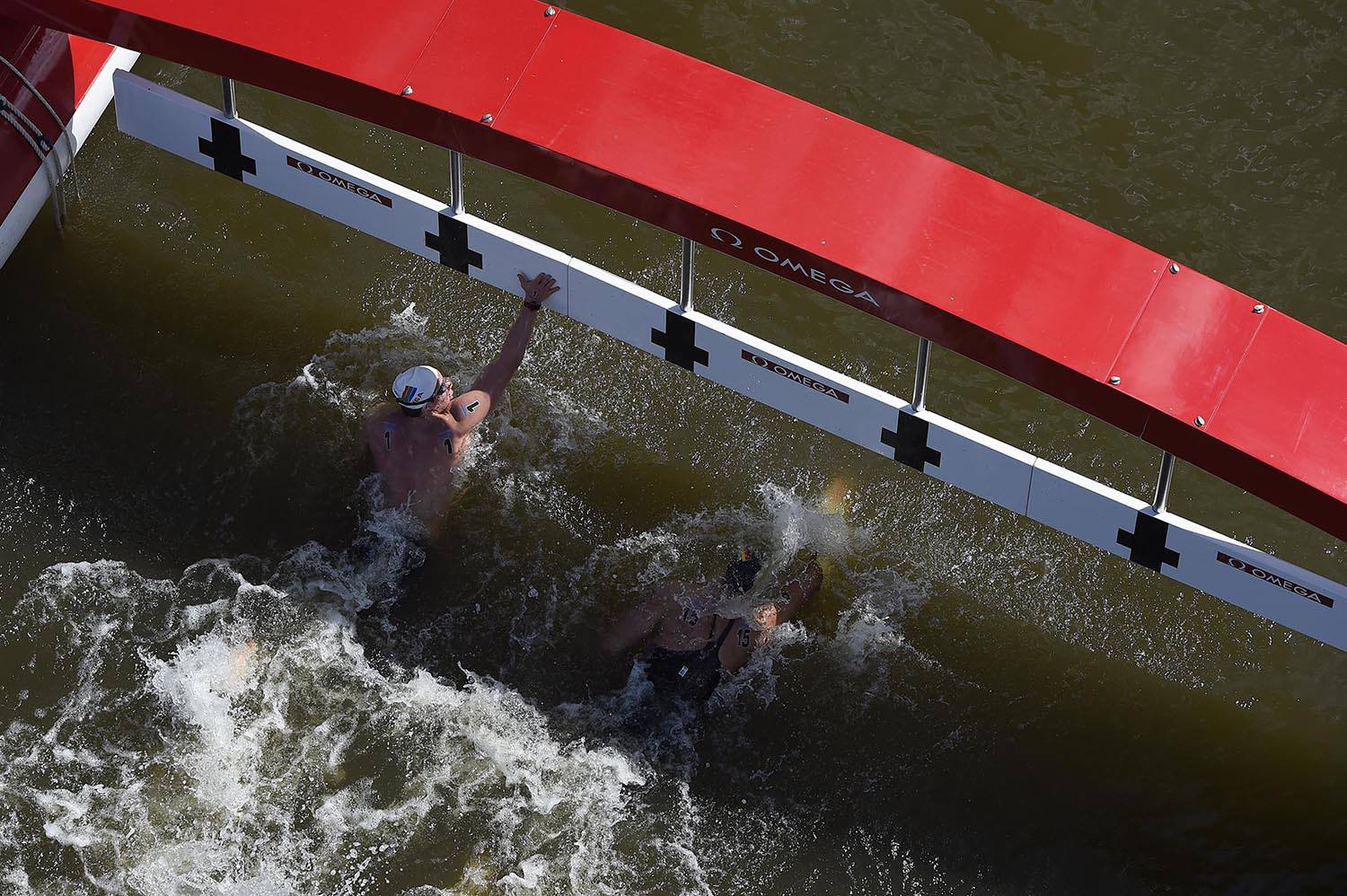 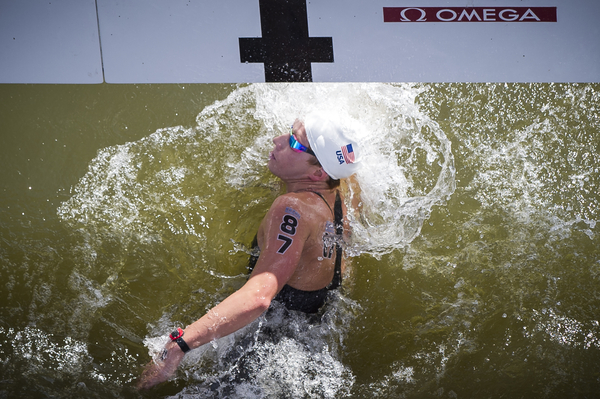 In order to finish a major international open water swimming race, athletes must reach up and touch the finish pontoon. The race is officially not over until the athlete clearly touches the finish board with a transponder attached to their wrist.

It does not officially matter if they pass the plane of the finish pontoon or swim under the finish board. They must touch the board with their hand.

The referees conduct a visual confirmation of the athletes’ finish touch in a post-race review. The officials huddle around a monitor and review the finish with images captured by high-speed cameras that are attached to the finish pontoon. This review takes time and is synced up with the individual times of each athlete.

In the upper photo shown above, South Africa’s Chad Ho and Germany’s Rob Muffels were given the same official time of 55:17.6 in the 5 km race on Day One at the 2015 FINA World Championships in Kazan, Russia. However, the video review and photos show that Ho touched the finish pontoon first and was therefore declared the winner. In the lower photo, Jordan Wilimovsky won the 10 km race in 1:49:48.2, but his finish was officially over when he touched the finish board, not when he right hand and shoulder passed the vertical plane of the finish.