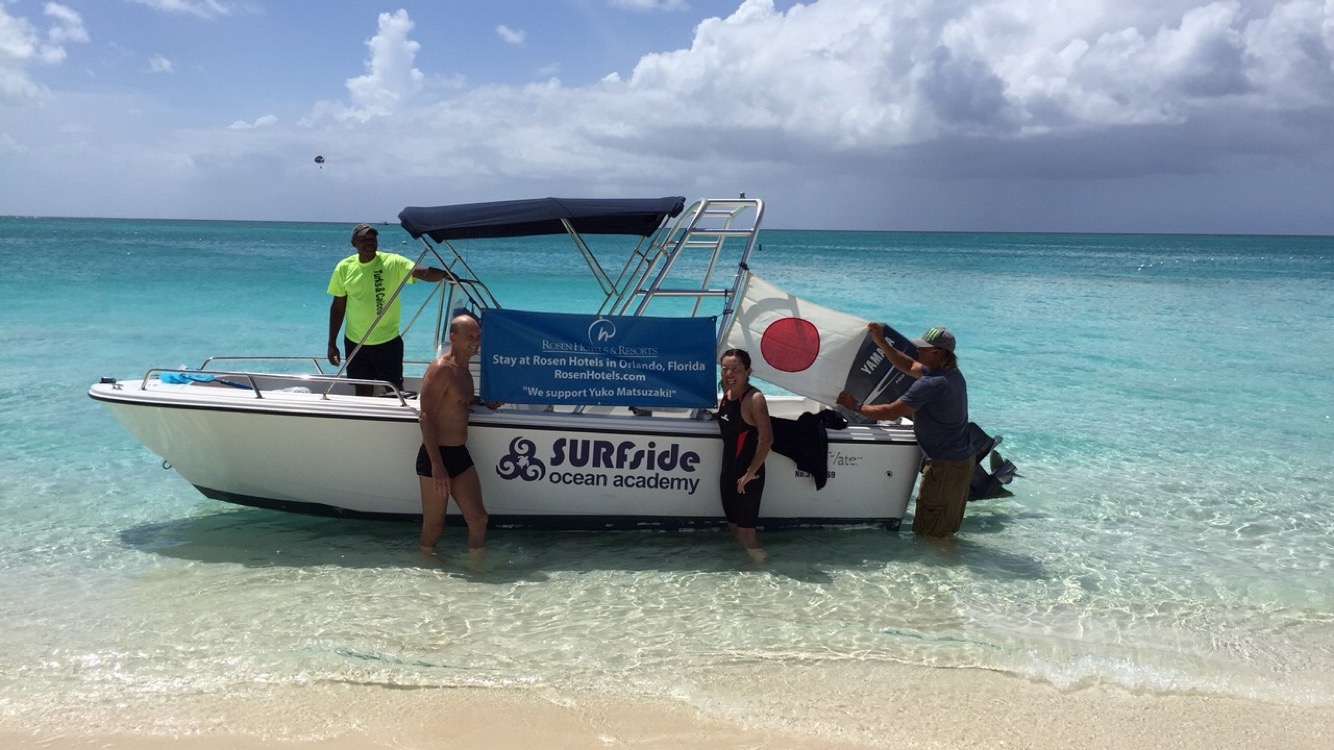 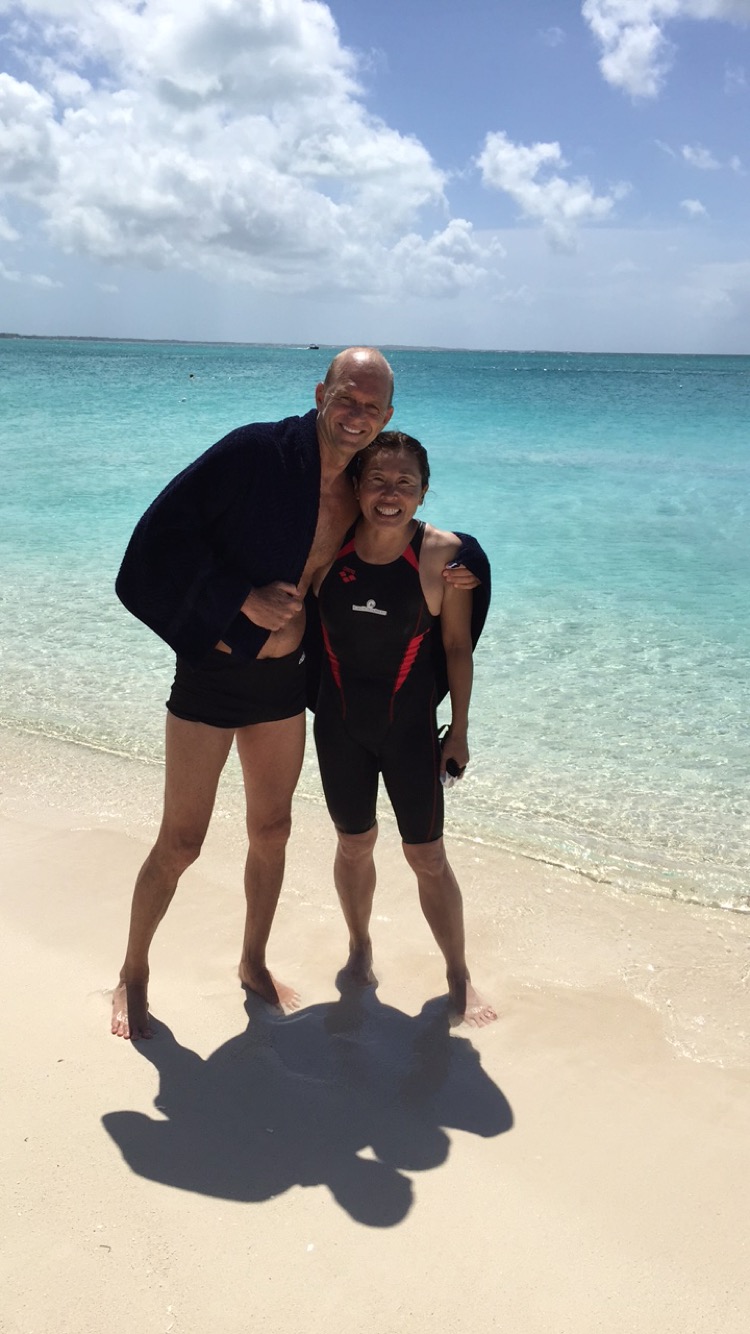 Courtesy of Rowdy Gaines at the Race for the Conch Eco-SeaSwim in Turks & Caicos.

I waited for her to come around the corner…and waited and waited.

After about an hour, I could see this small dot with a boat right next to her swimming down the beautiful shoreline of Turks & Caicos. I realized she was on the tail end of a 25 km swim. I started to feel guilty for being impatient about sitting in an air-conditioned car waiting to swim the last mile with Yuko Matsuzaki and her historic swim down the shoreline of one of the most beautiful islands in the world. She was on her 18th mile – give or take – and I was complaining about sitting.

This was the second year in a row that Yuko decided to make this long trek. I told her I would swim the last few hundred meters with her on the first of three incredible days of exploring the wonders and beauty of the sport of open water swimming that has grown so much since it was first introduced as an Olympic event back in 2008.

That first day when I joined Yuko, it was amazing to see her carefree attitude as she came close to shore where I would swim out to meet her.

She kept asking ME if everything was OK as she stopped for a brief moment to greet me. Over the last mile, it was awesome to see her consistency and determination – but at the same time I got lost in the wonder of the clear blue waters as well. Stingrays and starfish were just some of the wildlife I saw.

Coming into the finish, I could see the people and media lined up to greet Yuko so I purposely hung back and let her enjoy this moment as I didn’t do anything. What struck me the most was she didn’t even seem tired. She was walking around and greeting people like she hadn’t even done the swim yet. Except for a pretty bad sunburn, she was just as chipper as she always is.

Day two was a special clinic for some of the local kids that never really had the opportunity to swim. Some showed up in their jeans because they didn’t own a bathing suit. As we passed out goggles donated by Swans to all of them, I could see the wonder in most because they had never seen a pair of goggles. After a few minutes of apprehension, we got in the ocean. It turned to be pure joy. By the end of the hour lesson, I had a hard time getting them OUT of the water.

On the final day, my wife and I joined Yuko for the annual Turks & Caicos Race for the Conch Eco-SeaSwim in the clear turquoise waters of Grace Bay, Providenciales. The promoters -who were absolutely incredible – bill it as “One of the World’s Most Gorgeous Swim Races” and it truly is.

I decided to try the one-mile swim. After being a little nervous at the start, I began to feel great and just enjoyed looking at all the sea life underneath me. The only bad part of the day was when I ended up cutting the course and turned one buoy too short on the second lap which of course meant that I ran up to the finish line in first place. As I crossed the electronic finish, everyone was clapping and cheering. I thought ‘Wow, I didn’t think I was that fast’. Obviously I wasn’t. One lady came up to me a moment later and told me that I ended up cutting and that’s the reason I went so fast. 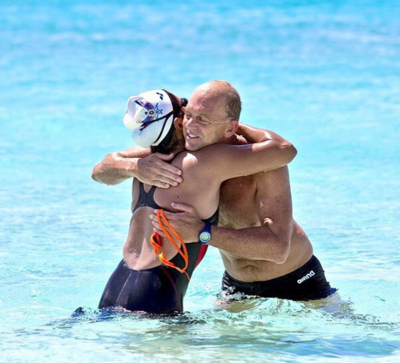 I could have melted right there in the sandy beach from embarrassment. I wanted to shout to everyone “I didn’t cheat” or at least I didn’t mean to. After a discreet DQ, I congratulated the real champion and proceeded to tell the story over and over again that was an honest mistake.

The visit to Turks & Caicos was truly a magical trip. The most important lesson I learned from the three days of exploring the open water format in detail was the newfound respect I have for all the incredible athletes that take part in open water swimming, including Yuko…

…and I’m sticking to the pool.