Skip to content
Previous Next
The Continuing Legacy Of Don Watson 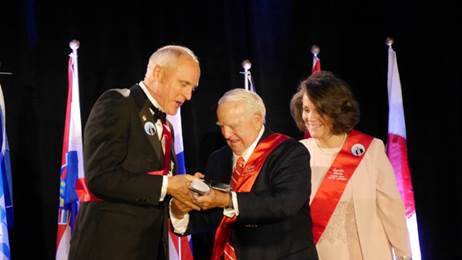 His alarm goes off before the sun rises and he wakes up at a time unfathomable to most.

He heads off to the pool – year after year – in the dark to coach swimmers at all levels.

He remains at the pool doing everything from coaching and teaching to administrating paperwork to cleaning locker rooms. He listens to athletes, parents, teachers, administrative bosses, donors, school officials, governing body bureaucrats, trying to balance everyone’s wishes and demands. He has a budget – it is never enough – and he makes due with what he has.

He keeps up with the technology from handheld stopwatches to high-tech scoreboards, from compasses to GPS units. He has seen aquatics grow from a sport that did not have butterfly events to a sport where the 10 km marathon swim draws tens of thousands of fans. He has seen swimsuits develop from nylon suits with modesty panels to hydrophobic polyester tech suits.

All the while, the one constant has been former Hinsdale Central High School swim coach Don Watson who was recently inducted into the International Swimming Hall of Fame.

The foundation of all my success is tied to the support that I received from the Board of Education and the community. To teach a comprehensive aquatic program, there weren’t many places offering that, it was unique. I am also happy that today girls have the same opportunities to compete as boys, when I started, it wasn’t like that.”

A former assistant coach to the legendary Doc Counsilman at Indiana University, Coach Watson became one of the most successful high school swimming coaches in history, producing swimmers who earned 167 high school All-America titles, 4 Olympic medals and multiple world professional marathon swimming titles. Watson was voted Coach of the Year by the American Swimming Coaches Association in 1970 and served as USA team coach or manager at six major international competitions. In 1978, he became the Director of the University of Texas Swimming Stadium and the Longhorn Aquatic Swim Club. He retired in 2005.

“Coach Watson instilled the understanding that each swimmer could achieve their best with their God-given abilities,” said former state champion and All-American Hinsdale swimmer Russ Meyer. “Not every swimmer would stand on the podium, but we knew that if we worked hard, were good teammates, stayed persistent and maintained a positive attitude, we would be successful. As Coach Watson always said, ‘nothing great was every accomplished without enthusiasm.’

Coach Watson was strong advocate of gender equality in swimming. He wanted men and women to have the same opportunity to excel, prior to Title IX. He also pushed us to achieve our academic goals and enjoyed seeing us advance our college education and careers. He provided an environment that promoted values that have served us well in all areas of our lives, his approach to success was never just about swimming. That’s why there were over 75 former swimmers who came to Santa Clara to pay tribute to him during his International Swimming Hall of Fame induction over Father’s Day weekend. His guiding principles established a legacy that continues to this day.”

“At my age of 85, I am blessed to have had such a successful coaching career and continue my contacts with so many of my former swimmers,” remarked Coach Watson, typically humble and always appreciative of his role in the aquatics world.