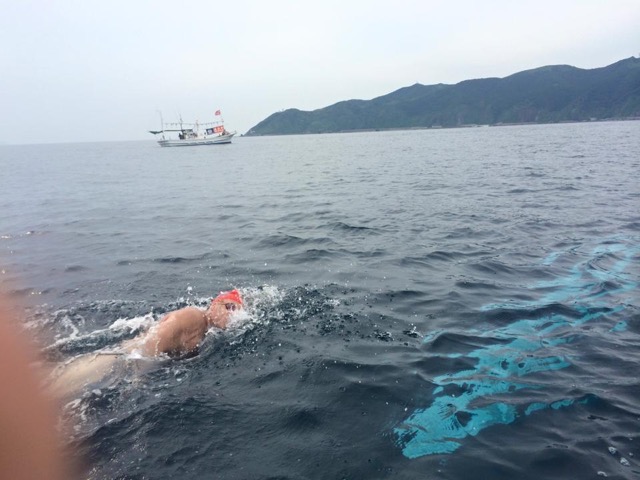 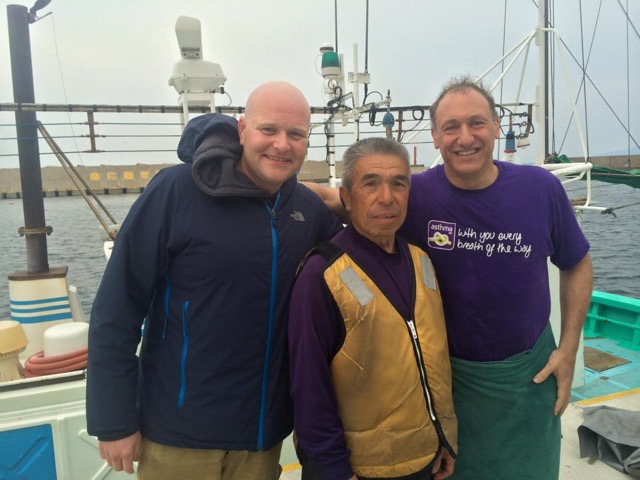 With his tough crossing of the 19.5 km Tsugaru Channel, Guy Moar of Australia joined some of the top swimmers in the world* who have completed the most Oceans Seven channels.

His Tsugaru Channel crossing from Honshu to Hokkaido in northern Japan took him 11 hours 32 minutes of constant effort.

“Guy was escorted by Captain Mizushima,” explains Masayuki Moriya of Ocean Navi and the Tsugaru Channel Swimming Association. “The straight-line distance across the channel is less than 20 km, but swimmers have an option to take the more risky, technically difficult straight-line tangent or a more curvaceous, conservative route where the swimmers attempt to slingshot their way across the channel riding along the Tsugaru Current.”

“The Kodomari Route was pioneered by David Yudovin in 1990 where he started at Kodomari fishing port on Aomori Prefecture,” said Steven Munatones who crossed in 1990. “It is a longer course, but more conservative without the speed demands of the Tappi Misaki course which is a straight shot across the shortest points from Honshu to Hokkaido.

Moar took the more conservative Kodomari Route where he faced eddies and some strong lateral currents caused by the Tsugaru Current, but Captain Mizushima always kept Moar pointed towards Hokkaido’s Shirakami Misaki. As Moar was constantly pushed away from his goal, the conditions calmed towards the end as he approached Hokkaido.

Eventually, 11 hours 32 minutes after his start, Moar reached land on the northernmost island of Japan.