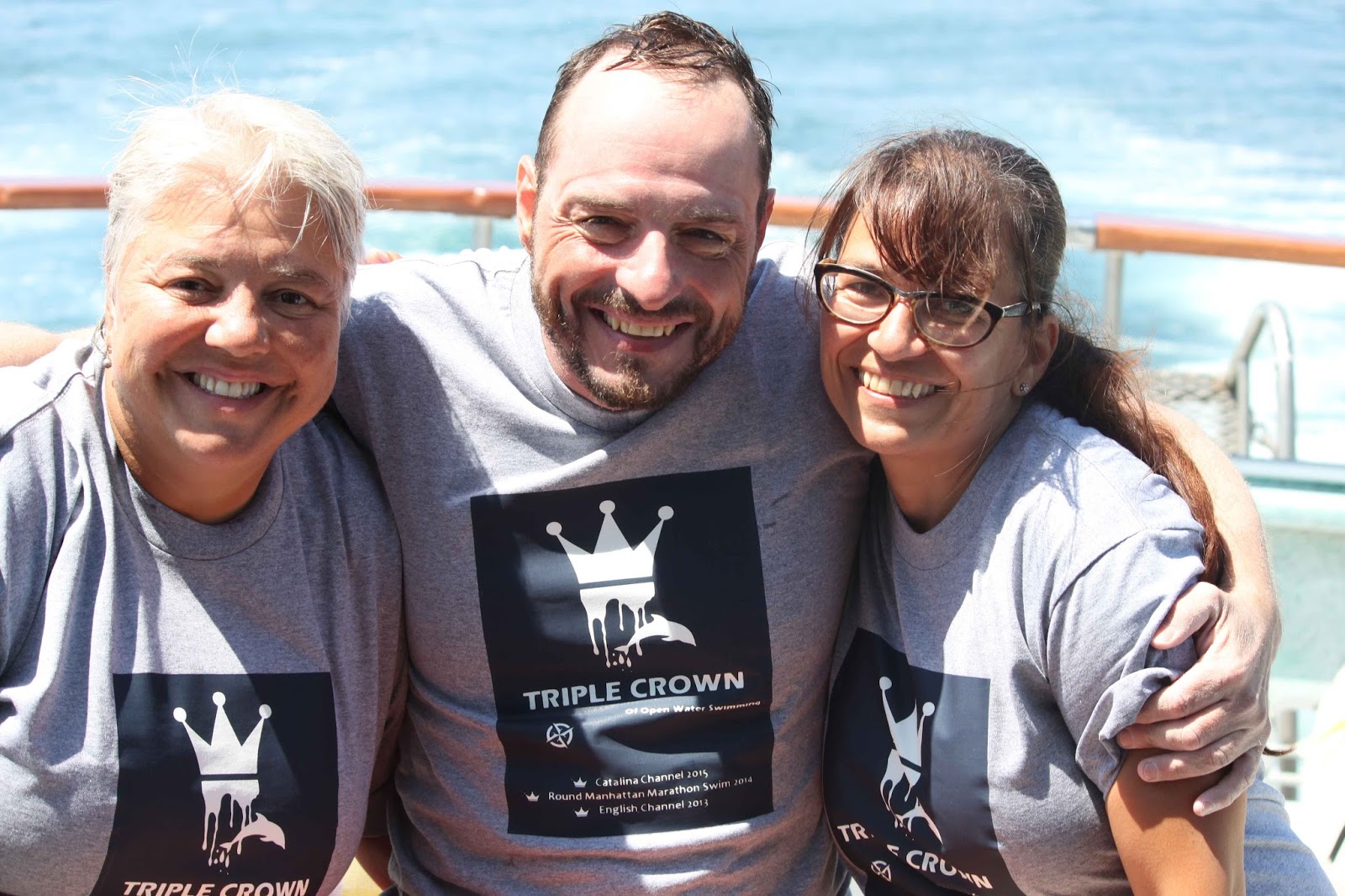 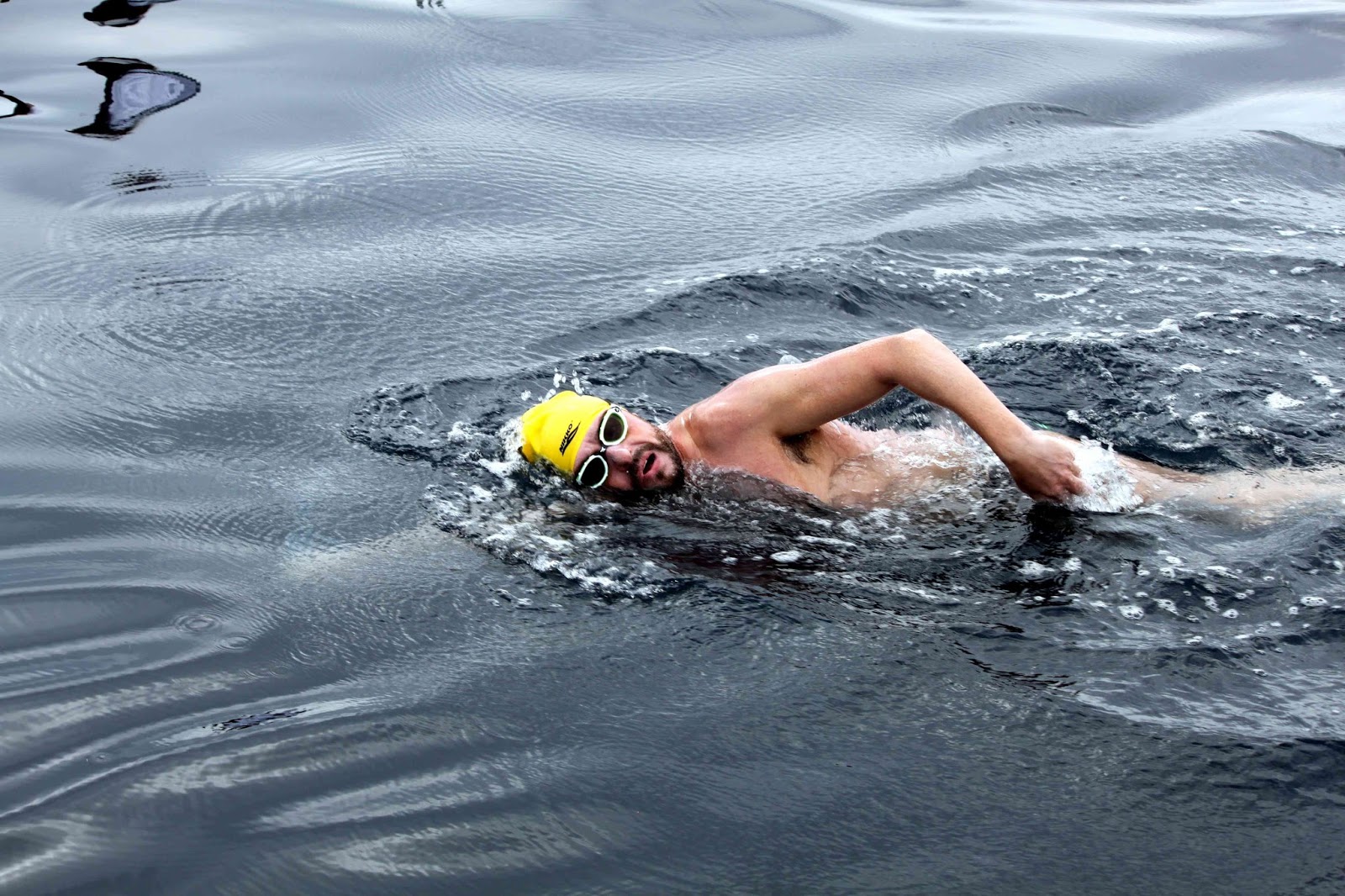 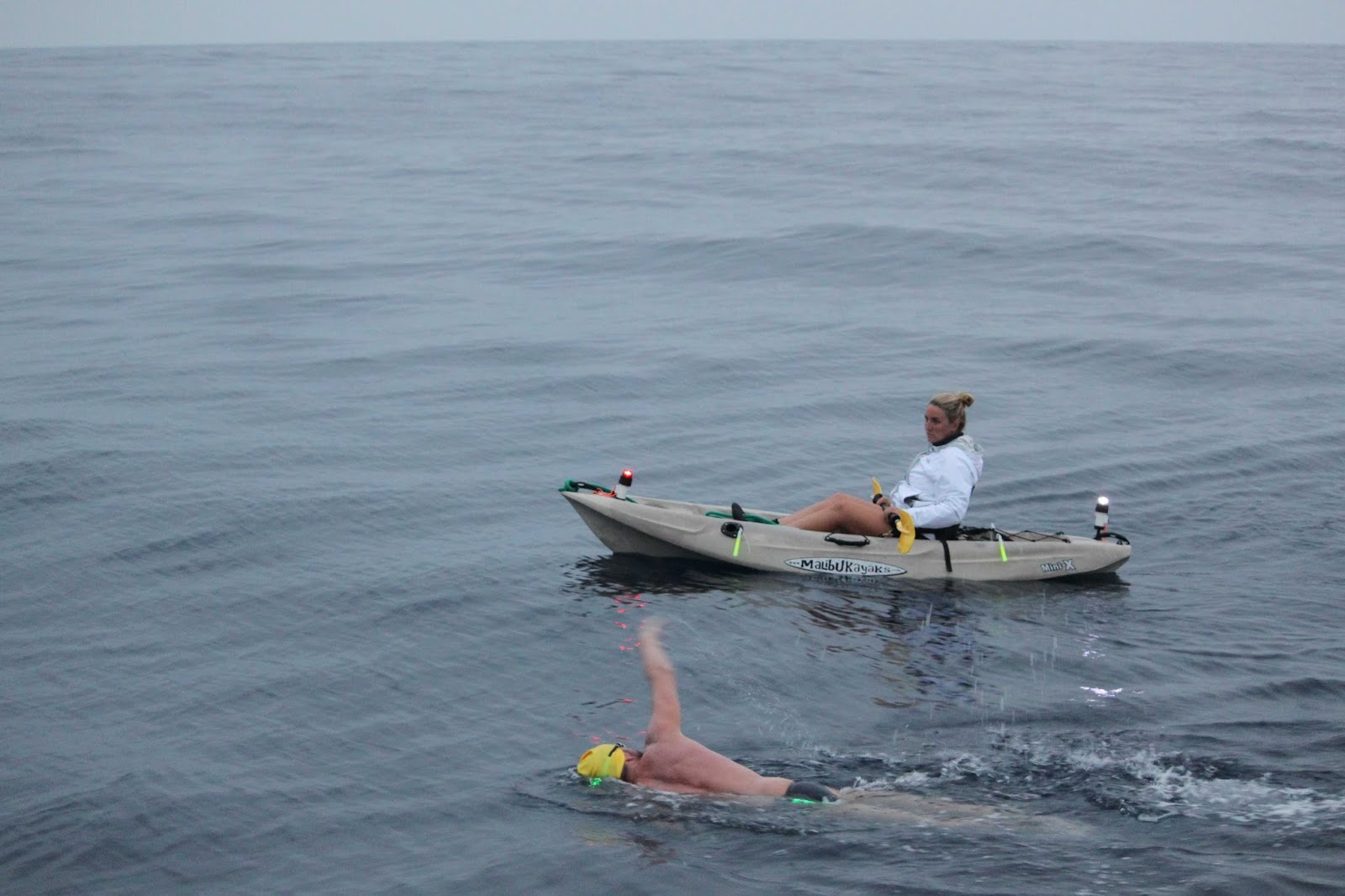 In 2013, he had completed the English Channel in 14 hours 43 minutes and in 2014, he completed the Manhattan Island Marathon Swim in 10 hours 4 minutes. He discussed his most recent achievement:

Daily News of Open Water Swimming: Why were these three swims important or interesting to you?
Matthias Kaßner: When I started open water swimming, I was fascinated by the idea of people swimming the English Channel. It never occurred to me that I could do it. But I loved the sport so much. At that time, I was doing other long swims and they became longer and longer. I got more and more involved into the open water swimming scene and at some point I thought maybe I could actually do an English Channel swim. After a six-hour swim at a SwimTrek, I gained a little confidence and I asked Nick Adams who guided at this time very carefully if he thinks that I could do an English Channel swim. Nick said “Yes, of course, why not?” One week later I had a booked slot with Paul Foreman.

Daily News of Open Water Swimming: What was the difference between each of the swims?
Matthias Kaßner: For me, each swim has its own difficulties. My English Channel swim was probably the best swim I’ve ever done. Until about halfway across the Channel, I had deep doubts that I could finish it. But then somehow the doubts disappeared and I just swam. It was absolutely amazing, my body worked like a machine and I forgot everything around me and just put one arm in front of the other. Of course I had problems during this swim like with jellyfish, cramps, bad stomach, fatigue…but when the doubts disappeared, I was able to manage these smaller problems and that was an amazing experience.

When I started to plan the Manhattan Island Marathon Swim, I thought that I really would enjoy to swim around the iconic skyline of Manhattan. But on the day of the swim, I made a terrible mistake with my feeding. I mixed up the proportion of carbs to water and made the solution too thick. So after drinking this super-concentrate every 30 minutes during the swim, I got terribly sick and stayed that way for several hours until the end.

In Catalina, I started on the 19th at 11 pm in the middle of the night. I swam through bioluminescence which was really beautiful. I swam through a swarm of flying fish, saw a sea lion next to me, and at the end there were some dolphins swimming with me. So there were some magical moments in this swim. But the rest was actually pretty brutal. After maybe two hours in the swim I got a bad stomach and really suffered from that. That was the worst thing for me during this swim and it stayed until the end.

Daily News of Open Water Swimming: Do you have any future swimming plans or will you retire now?
Matthias Kaßner: I definitely will not retire from open water swimming. I love the sport too much. But so far, I have no idea about a new goal. I put my focus so much on swimming Catalina. So I’ll wait for the winter period and see what ideas comes up.