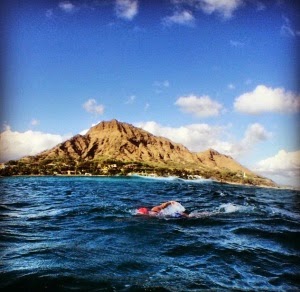 After becoming the third person to complete a two-way crossing of the Auau (Maui) Channel between Lanai and Maui in 2013*, professional triathlete Meredith Novack dreamed big.

Novack previously announced her plans to swim around the entire island of Oahu. Her unprecedented 220-mile (354 km) stage swim will be held over 3 weeks in September 2016. She had originally planned on a 2015 date, but swims of this length and complexity require a significant amount of training, logistics planning, financing and government approvals.

The formula for her stage swim around the main island of Hawaii is simple:

One Goal.
One Month.
One Island.
One Person.
One Million. 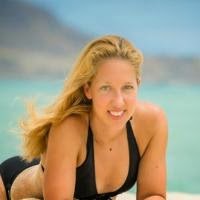 Novack plans to spotlight various companies and causes while sharing Hawaii’s magnificent natural beauty with the world. “Running an event like this requires precision planning, coordination and promotion,” she describes.

“One hundred local volunteers will join the crew [including] photographers, videographers, and a boat captain to make this most exciting adventure come to life. US$200,000 in corporate sponsorship is needed. There are so many wonderful opportunities for sponsorship, signage and product placement and giveaways, live tracking and media coverage around the world – it is important to get on board now.”

To learn more about Meredith Novack and support her in Swim Around Oahu, visit here.

Riverflow by Current Systems has already signed up with Novack. “I met Phil (de Tournillon) with Riverflow years ago. I had the opportunity to test out a Riverflow system and give them feedback. I loved it. The Riverflow system gave me a constant, powerful, natural push, which I liked. Plus it was fully adjustable. It was so much fun and they were great people. From there, our relationship was born.”