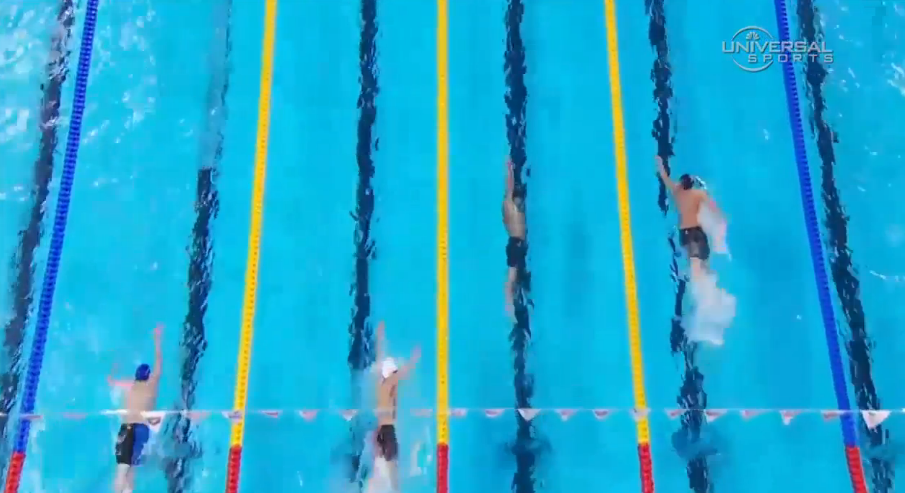 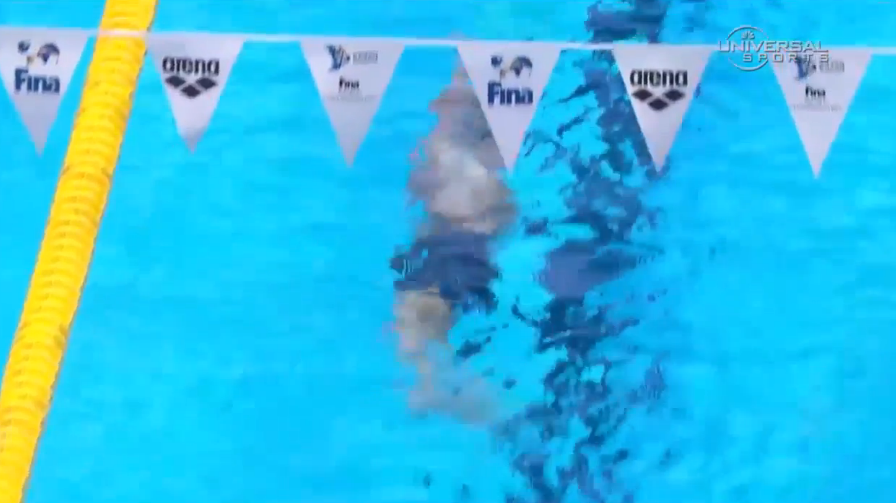 Controversy was stirred up and then quietly diffused when Ryan Lochte used an old body surfing technique during his 200m individual medley gold medal performance at the 2015 FINA World Championships in Kazan, Russia.

As body surfers have done for generations and a handful of veteran ocean swimmers with experience in dolphining towards onshore finishes that require bodysurfing techniques through the surf, Lochte went on his side to propel himself through the water as he streamlined off the wall using his powerful dolphin kick.

Olympic swimmers who double as fast ocean swimmers like Ky Hurst and Aaron Peirsol also occasionally go on their side when they dolphin through the surf as they approach the shore and catch waves. Lochte gave himself a similar hydrodynamic boost a la 2000 Sydney Olympics 200m butterfly champion Misty Hyman who used the side dolphin technique.

Whether ocean swimmers use the side dolphin to catch a wave at the finish or continue gaining the advantage of the whitewater surge as they coast to shore, it was interesting to see Olympic champion Lochte use the same body surfing advantage.