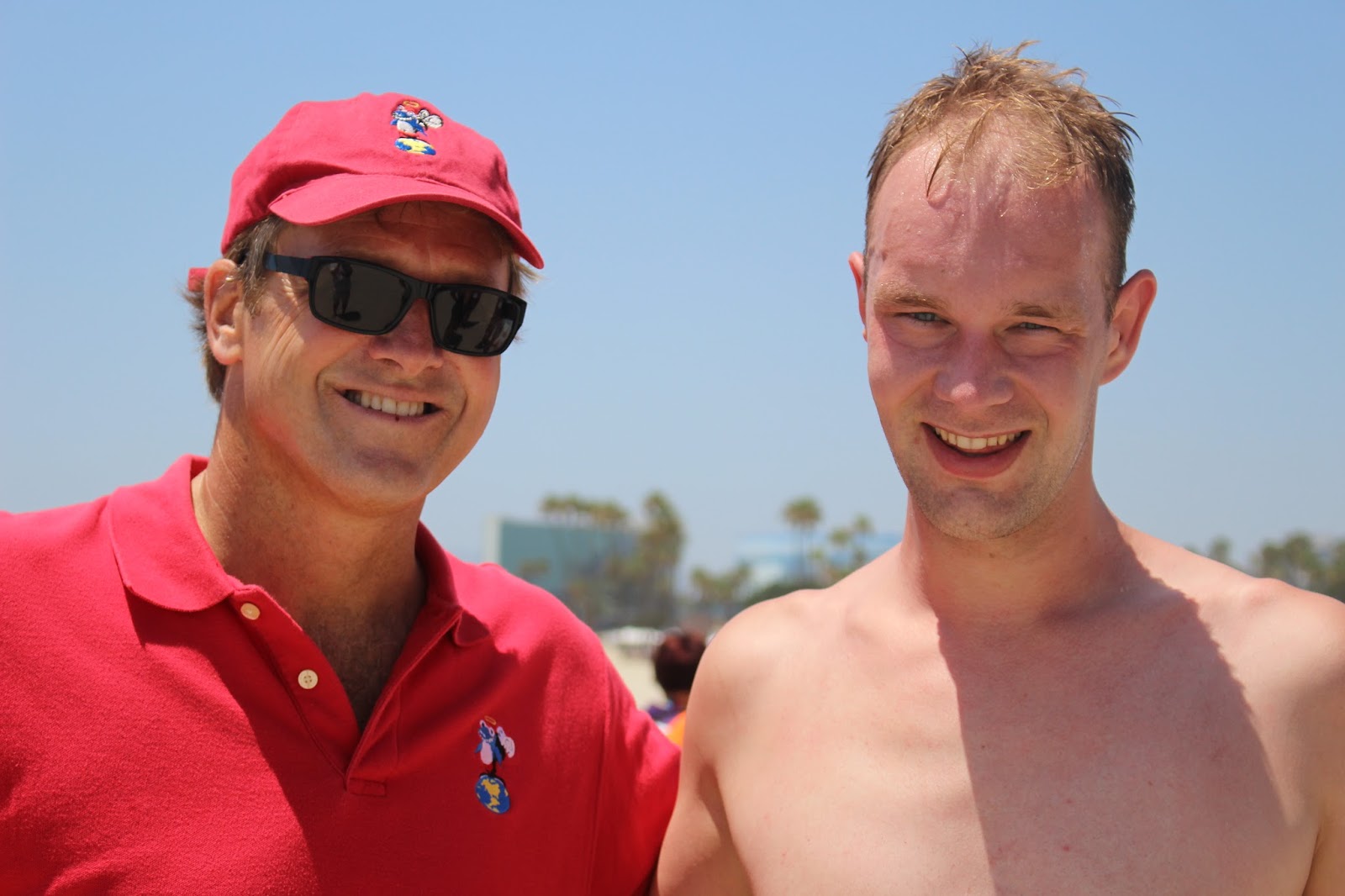 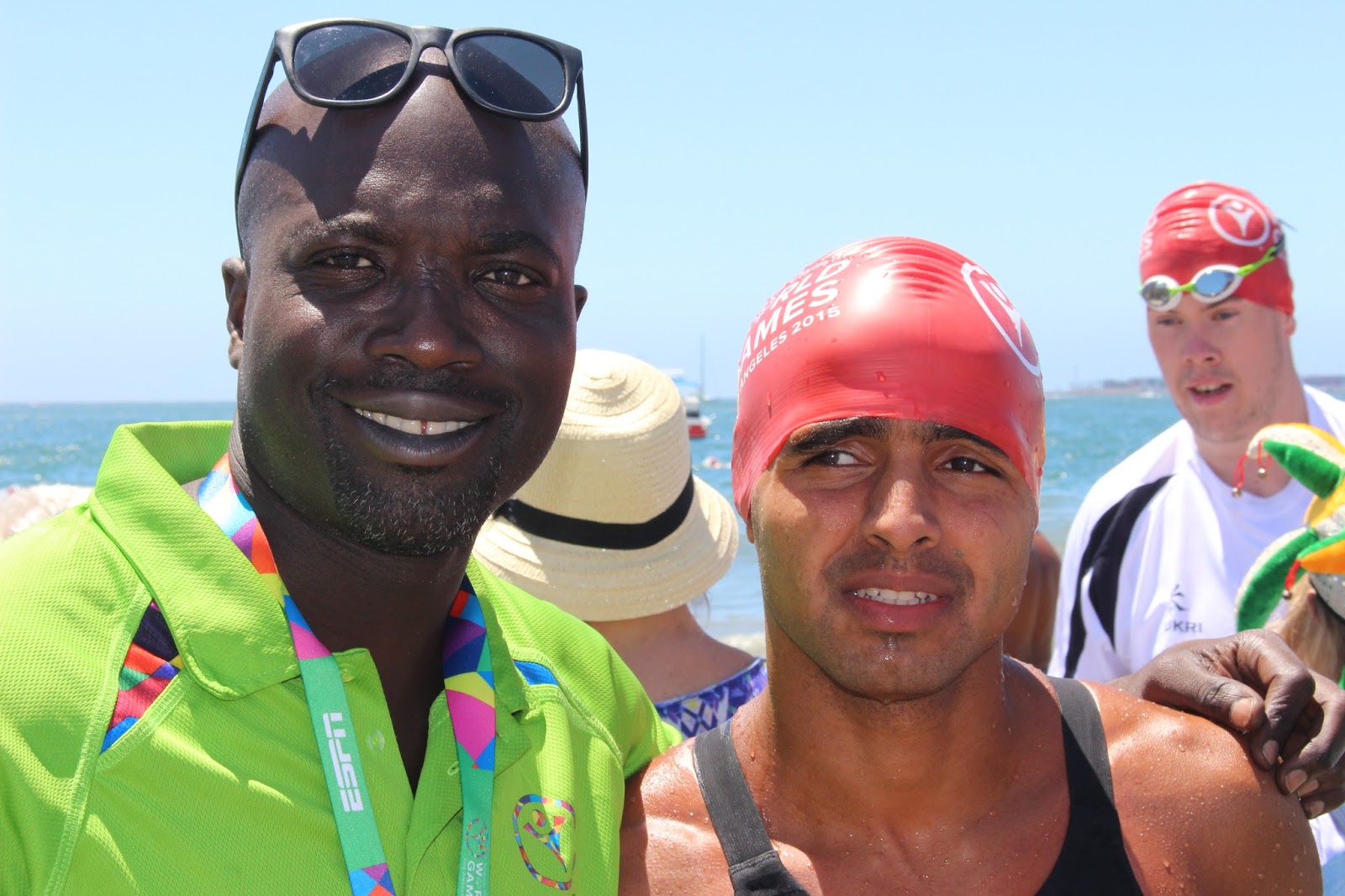 About 150 athletes and coaches attended the clinic.

Placak talked about the history of getting open water swimming as a sport into the World Summer Games. “I wanted to integrate a Special Olympics athlete as a participant in the Tiburon Mile along with the fundraising that we were doing. We found Sam Silver, the Ice Man, at a Special Olympics swim meet and helped prepare him to complete the Tiburon Mile and then the English Channel. “

He spoke of the gaining self-confidence and having self-esteem that was created and how Silver developed a new set of friends. “There was also an outlet for him at the South End Rowing Club. His first introduction to open water swimming was when I took him to the South End on July 4th 2000. It was truly his Independence Day.”

Placak spoke about his goal of creating an open water swim at the Special Olympics World Summer Games and the first time he flew 10 athletes from around the world to participate in the Tiburon Mile. “In 2004, we had them participate after creating criteria for these athletes. We pitched this idea to Kester and Tim Shriver when they came to the Tiburon Mile that year.

How satisfying it was to see this goal come to fruition and then to have the honor of serving as the starter at this year’s 1.5 km race.

I encouraged the athletes and coaches to take small steps, believe in themselves, challenge themselves, and know that other Special Olympics athletes before them have also accomplished big things.”