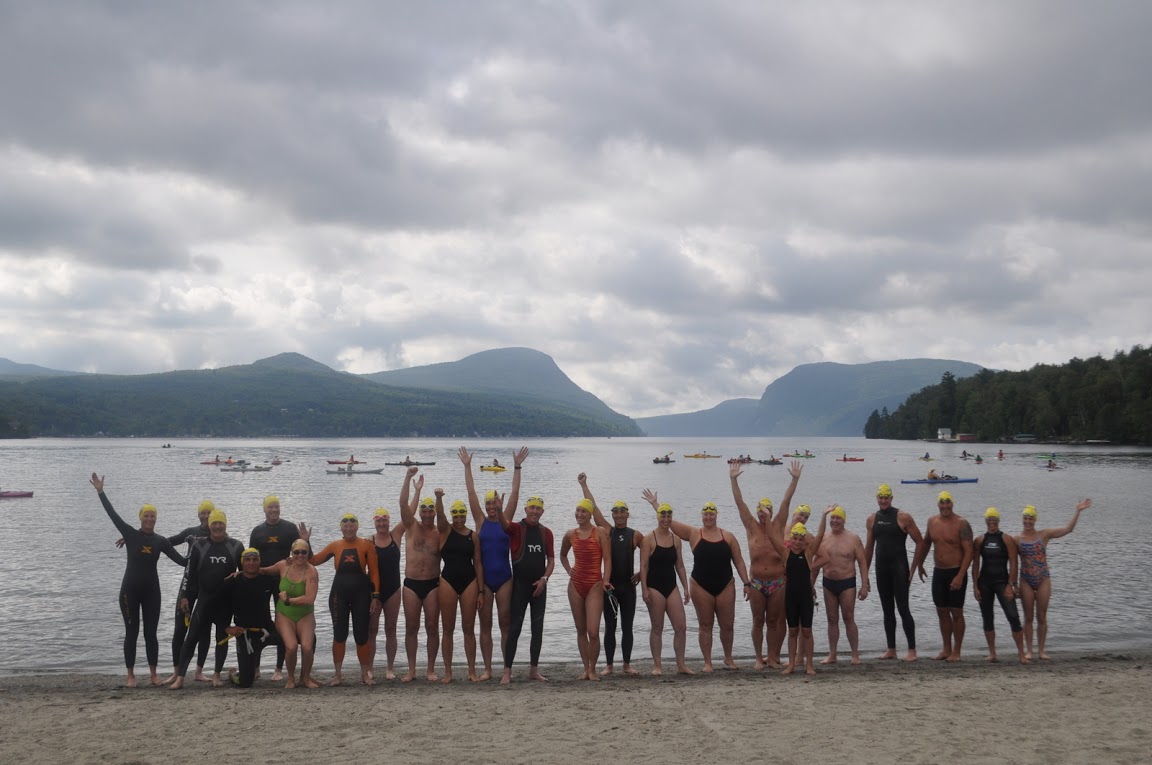 Photos and report are courtesy of Phil White.

Swim the Kingdom Week concluded this past weekend with races at Lake Willoughby and Caspian Lake. The week is organized by Northeast Kingdom Open Water Swimming Association and Kingdom Games.

Winning at Willoughby were 37-year-old Steven Hodgins of New Jersey in 1:54:19 and Shannon House Keeghan of Oregon clocking in at 2:20:28 for the 5-mile swim. 11-year-old Vera Rivard of New Hampshire finished in the middle of the pack as the Westmore Fire and Rescue, John Alexander, Bruce Tanner and Arthur Brookes provided patrol boat support for the swim.

Rivard returned to Caspian with 26 other entries and won the female division outright with a time of 1:22:32 on the 3-mile course from Hardwick Beach to Bathtub Rock and back. She finished third overall, just behind 45-year-old Shawn O’Leary of Massachusetts who won in 1:14:03 and 61-year-old Bill Pease of California who finished in 1:16:35. Rivard’s younger sister 8-year-old Margaret Rivard also completed the swim from the beach to the rock and back. “We’ve grown from 4 swimmers in 2012 to 26 this year,” said race founder Phil White.

It was a wonderful group of Kingdom Swimmers, Yackers, Boat People, and Beach Support. A magical and restorative time for many, loved the tribal gathering and can’t wait until 2016