Skip to content
Previous Next
Jeff Everett Wondering What Comes Next 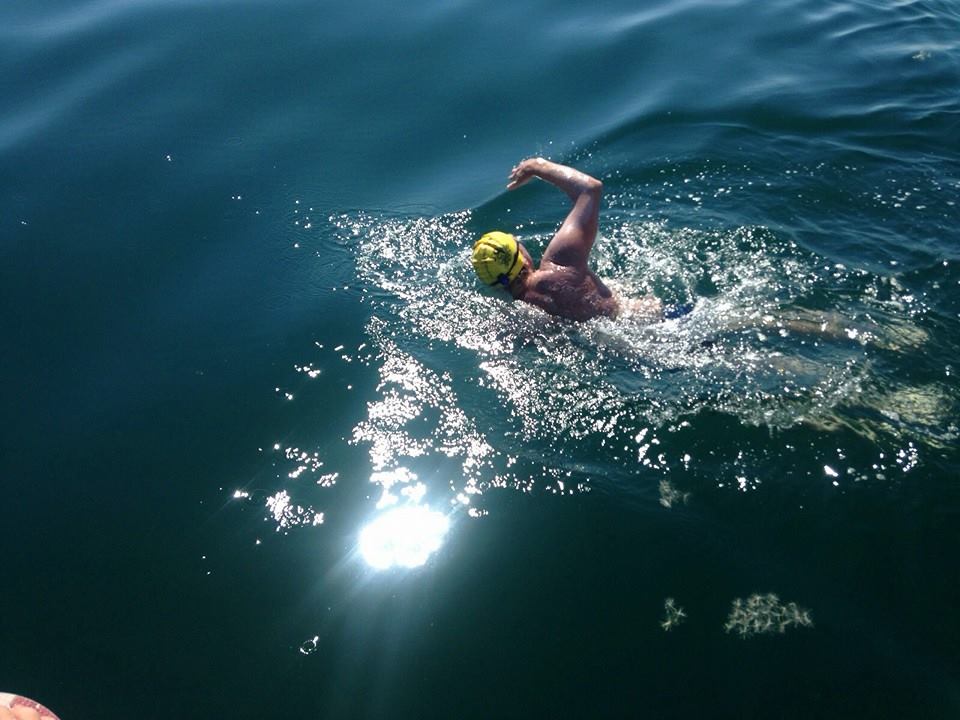 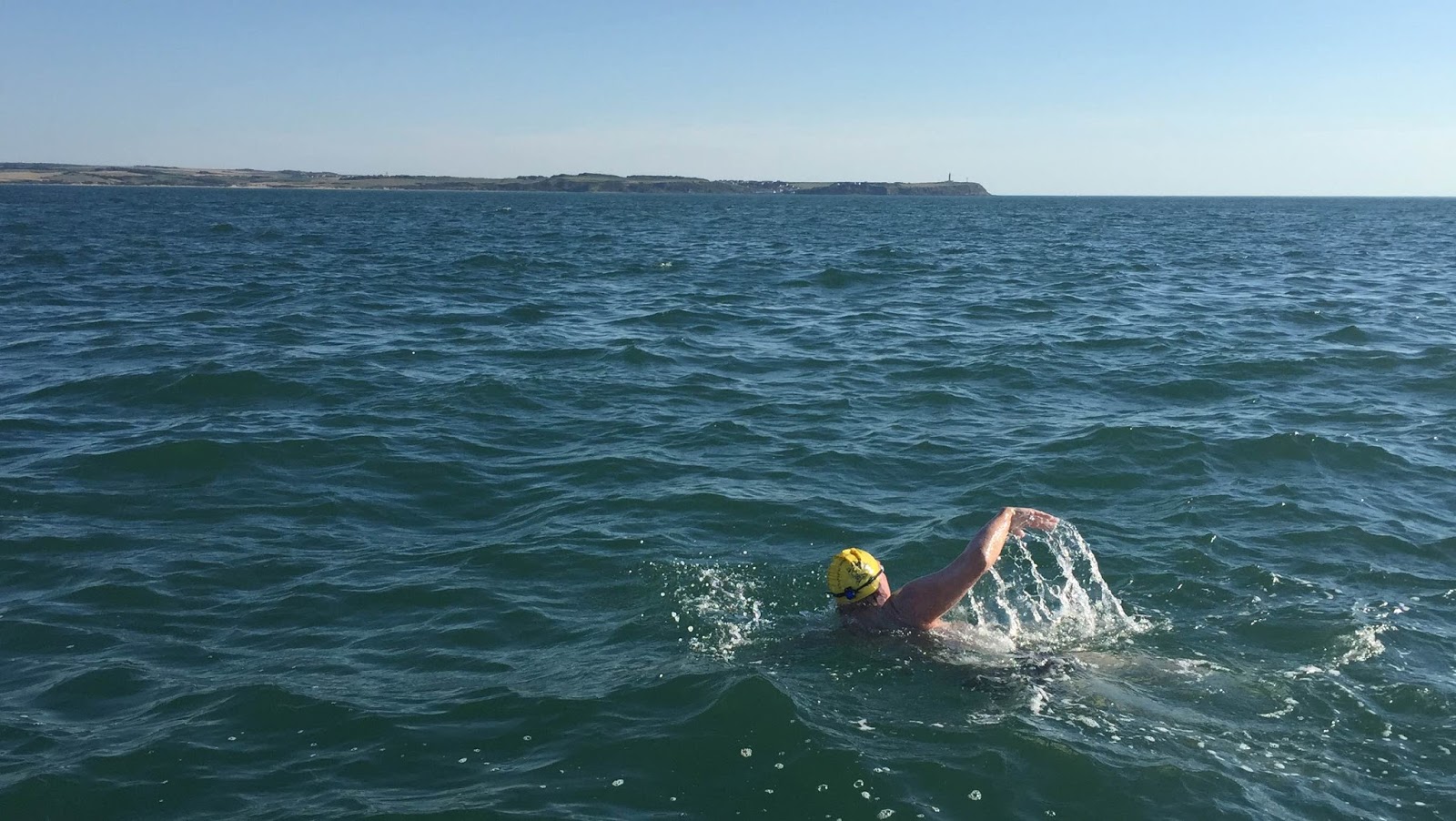 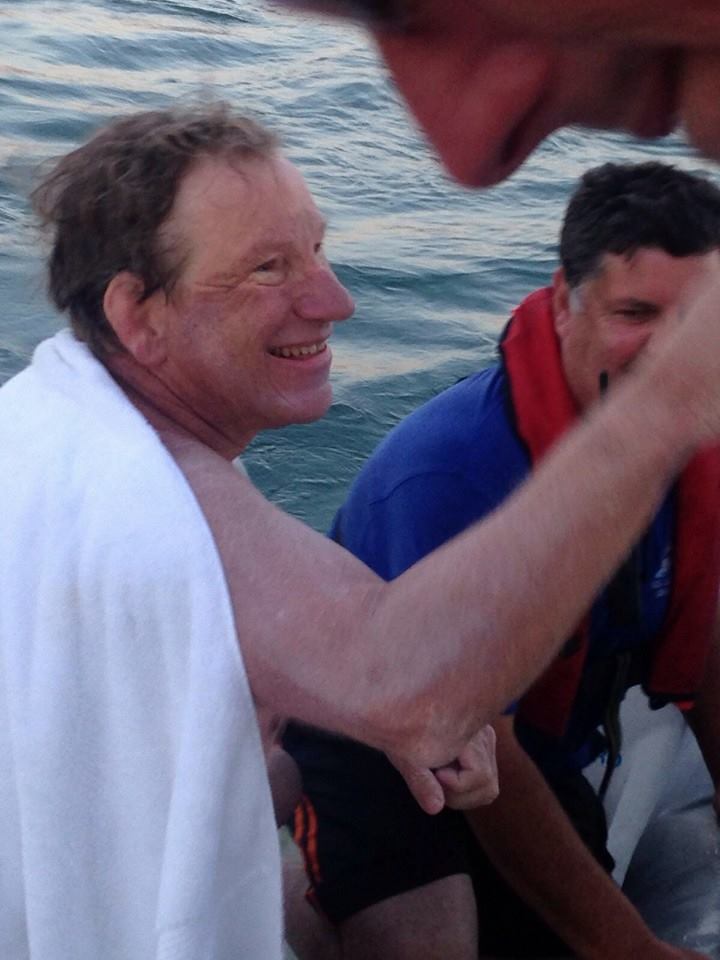 He explains why he was motivated to do so:

“During my late 40s, I resolved a mid-life crisis by vowing to swim from Alcatraz Island to San Francisco. It was much cheaper than purchasing a Corvette.

To prepare, I started to swim with an enthusiastic and fun group of masters swimmers in Oakland. After confessing my Alcatraz dream to our coach, he invited me to join him at the South End Rowing Club in San Francisco. There I met many very friendly people who enjoyed year-round open water swimming and decided to become a member.

Like most South Enders, I felt exhilarated after each swim and adopted the unofficial club motto that anything worth doing is worth overdoing. The club veterans taught me how to prepare for the longer club swims. Later I joined a group of San Francisco Bay swimmers calling themselves Nadadores Loco, which organized regular long swims. With the Locos, I learned a lot about training and feeding during a swim.

One benefit of being over 50 is that my children are grown and I have more free time. I’m told that I am in a better mood after swimming so my wife encourages me to swim regularly. She also enjoys joining the Nadadores Loco swims on the support boat and crewing for longer solo swims.

I was never fast enough to race competitively. I like the fact that in open water swimming it isn’t just about being first, but about finishing. I enjoy the satisfaction that comes with trying something more difficult than before, and making it to the finish. And if there is still gas in the tank at the finish, it is time to think of the next challenge.

I’d started to think about the English Channel a couple of years after joining the South End. After swimming the Strait of Gibraltar and
then the Catalina Channel, I felt it was time to try the English Channel. After all, I’m not getting any younger. January 1st 2014 I signed up with Stuart Gleeson for a slot on the neap tide in late August 2015 when the water would be at its warmest.

What I didn’t plan was tearing my rotator cuff in the summer of 2014. It was frustrating to be unable to train through the winter. All I could do to prepare were kick sets in the Bay to keep acclimatizing to cold water. After my surgeon cleared me to swim again in March 2015, it was time to ramp up, but at the same time not overdo it and risk re-injury.

I started masters swimming again, and swam at the South End Wednesdays and both days on the weekend, gradually building up from 2 hours to 8 hours. I received lots of generous support from South Enders accompanying and piloting me on swims out of the cove.

I received an invitation to participate in a relay swim round trip from the Golden Gate Bridge to the Farallon Islands with the Locos, and after a two-second consideration, I accepted. It was a fun and memorable experience as well as fantastic training. The water was in the mid-50°Fs most of the way, and we all swam several legs in pitch darkness. With a month to go, it was time to go all in, and I swore off hot water showers until after the Channel.

I was lucky to swim the Channel on a calm and warm day, and am thrilled to have completed the crossing and to take hot showers again. Now I’m enjoying thinking about what comes next.”