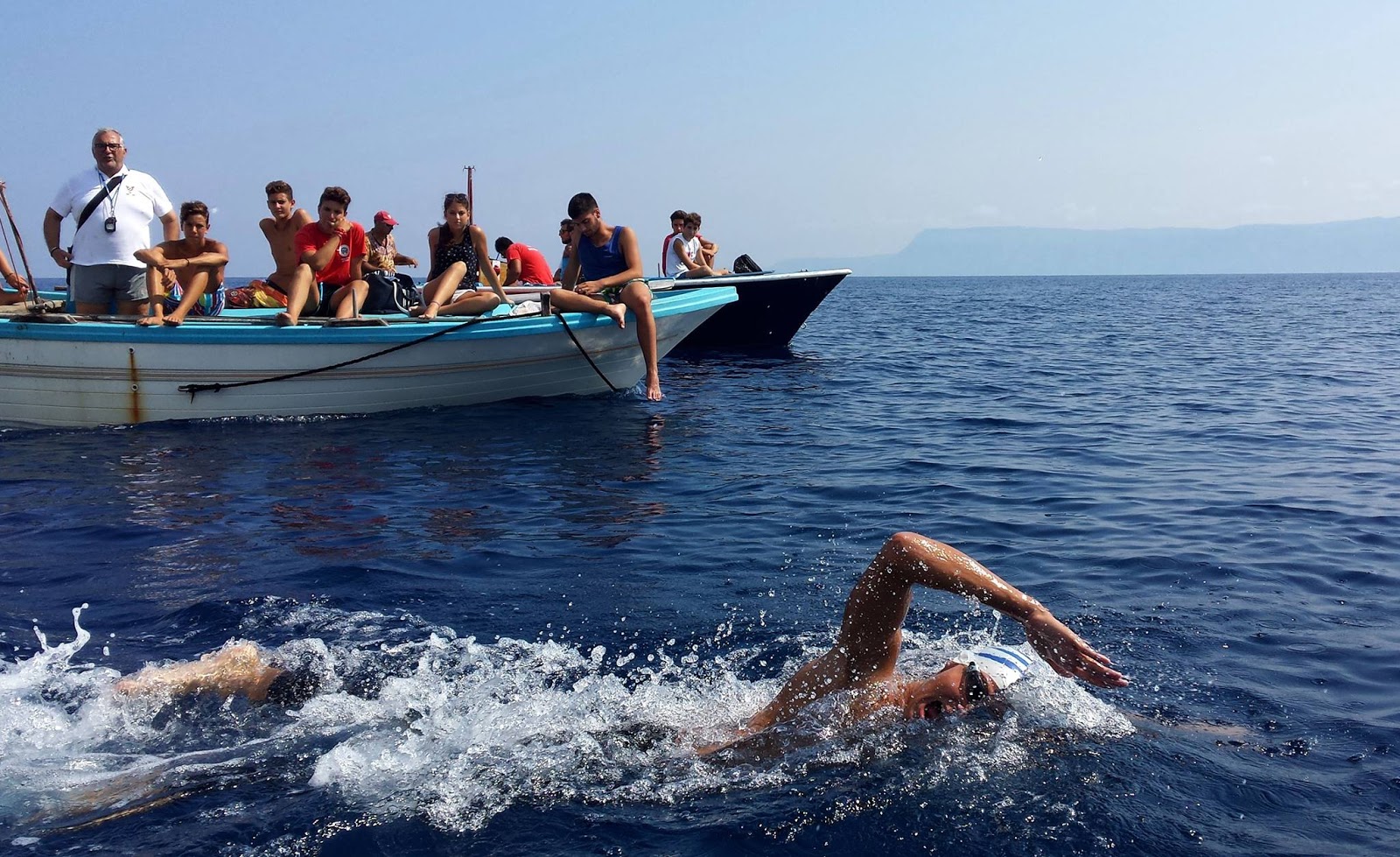 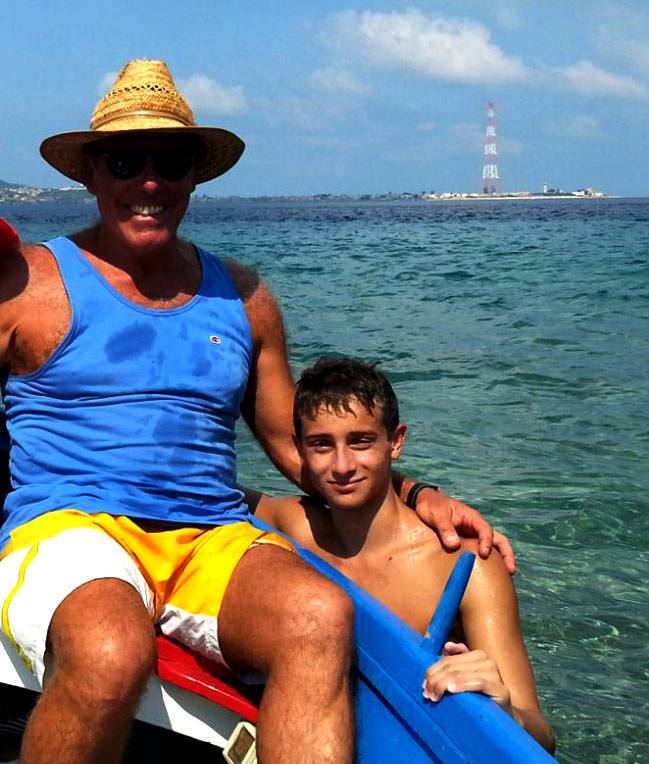 Nino Fazio has passed along his swimming DNA to his son Andrea.

On September 2nd, Andrea set a new record for a single crossing of the Strait of Messina (Stretto di Messina), swimming from Sicily to mainland Italy in 30 minutes 6 seconds. “It is kind of an epochal moment in Italian open water swimming history,” proudly described father Nino. “Since the old record had been set almost 40 years ago by Giovanni Fiannacca (30 minutes 50 seconds on October 1st 1975) and was previously considered as quasi-unbeatable.”

15-year-old Andrea has a very bright future with a beautiful form, streamlined body position and strong kick in the water, especially given the fact that this was his first attempt at swimming the Strait of Messina. “He is a good pool swimmer for his age with his personal best in the 400m long course freestyle as 4’19”, but there are other 15 year old boys faster than him. But he absolutely loves open water swimming and has participated in open water competitions since he was 10.”

The swim was led by Giovanni Arena [shown above with Andrea], one of the most experienced pilots in the Strait. Arena had also escorted the swimmers who set the women’s single crossing record and Nino’s own double crossing record.

It is very unlikely that a father and the son will simultaneously hold records in any channel for both the single and double crossings.

Nino explained the background of the record swim. “Although Andrea has a good experience in the open water, his main concern was about the depth and mystery of the big blue under his body. The Strait has some kind of frightful appeal to all the swimmers, and I guess for a 15 year old boy it is even more scary. So setting a new record was the last of his thoughts.”