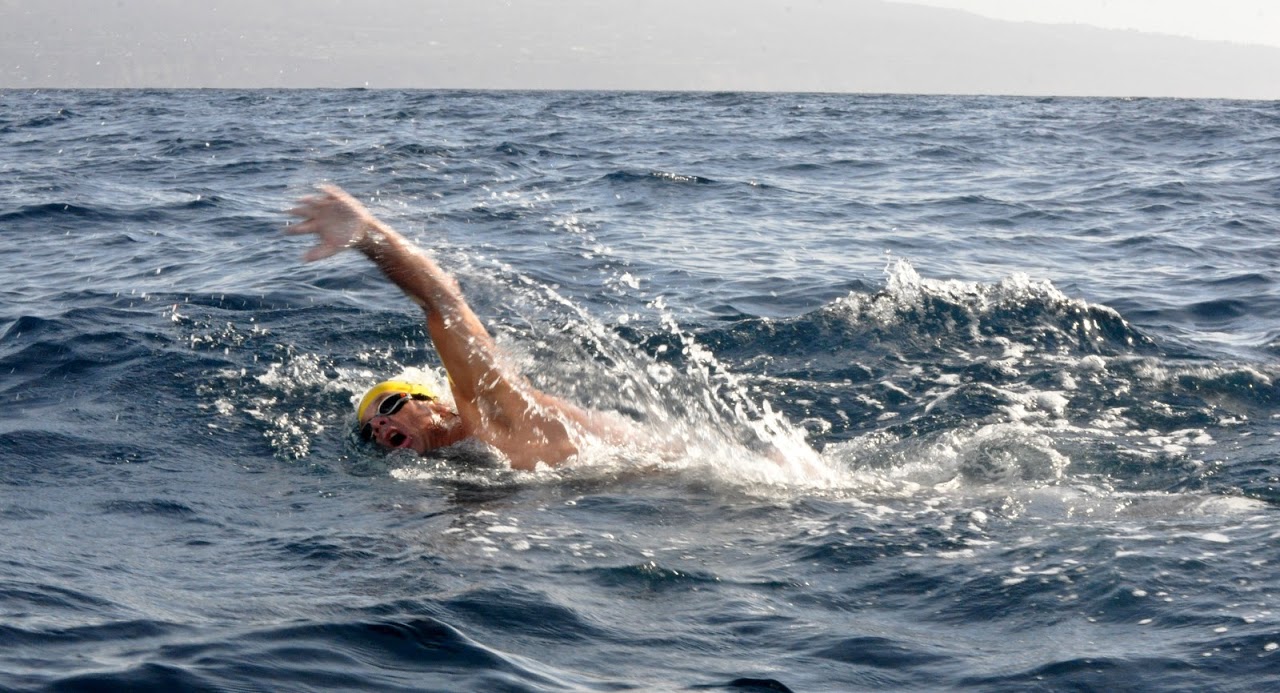 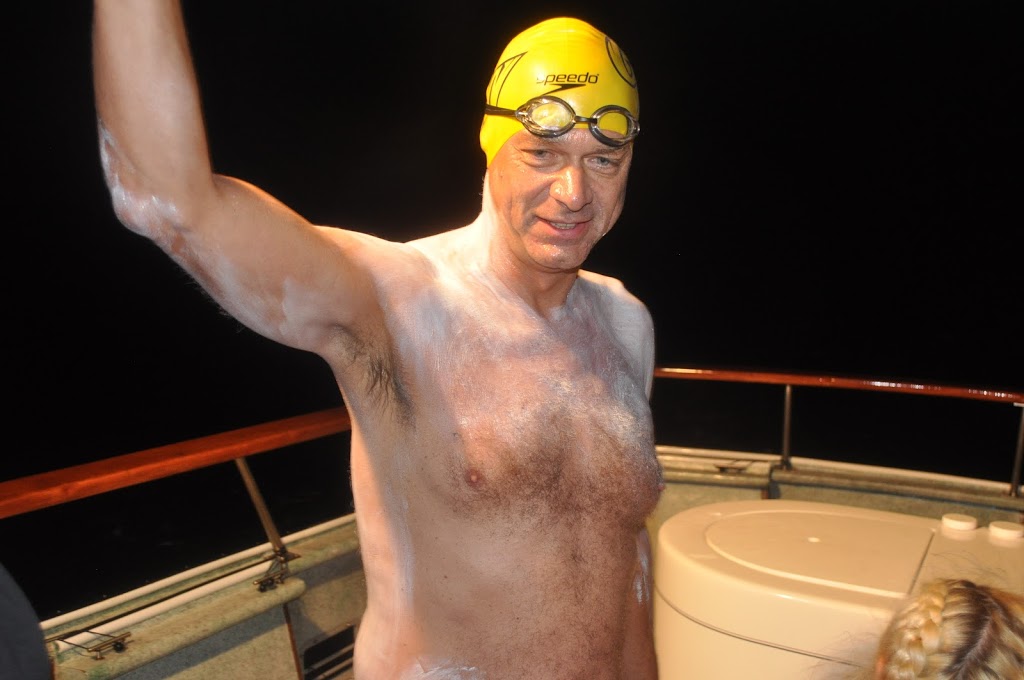 The prostate cancer survivor and attorney from Maryland faced windy conditions and a challenging 11:09 pm start. “But the sea laid down after a few hours,” recalls Phil White, one of his support crew along with Elaine Howley and escort pilot John Pittman. “But winds picked up again during the final three hours of the swim, adding difficulty to the finish.”

The catalyst of his journey to the Triple Crown was kick-started with cancer.

“In the fall of 2010 after completing my first long swim, the Kingdom 10-mile Swim, I was diagnosed with prostate cancer at the age of 50. I had successful surgery in January of 2011. I knew my pool competition season was shot for 2011, but I needed a goal and set my sights on the Chesapeake Bay Swim in June and Kingdom Swim in July.

To Phil’s credit, he held a slot open for me even though I did not know if I would be recovered enough by July. I was fortunate and recovered well. I completed the 10-miler and was content with that. Then back came Phil with an invitation to the first 25-mile In Search of Memphre in 2011. I tried that swim, but had to pull out after just 8 miles
.”

But Shipp admits the seed had been planted.

“I set my sights on building my swim resume step-by-step: In Search of Memphre in 2012, both the Swim Across the Sound and Potomac Swim in 2013, the Boston Light Swim and the 15-mile Border Buster in 2014. Then the English Channel, followed by the Manhattan Island Marathon Swim and Catalina in 2015.

I think my cancer, and more importantly my successful full recovery, made me realize not to take things for granted. I have determined to push myself to new limits in a careful and strategic way. It’s been a great ride
.”