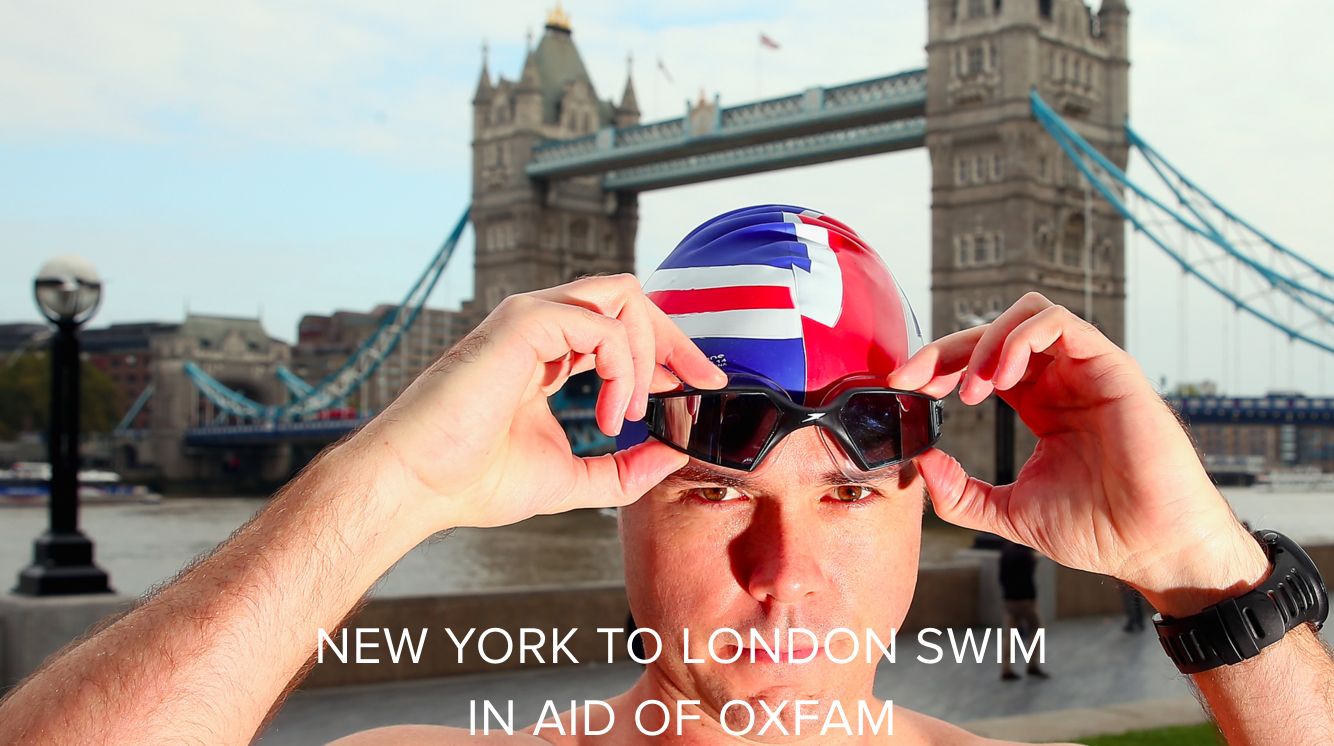 Michael Ventre wants to become the first person in history to complete a transoceanic swim from New York to London. If all goes to plan, he will step off the shore of New York in April 2017 en route to raise a target of £5 million for Oxfam.

“Its 3,800 long miles [6,115 km] swimming alongside a support boat for up to 8 hours a day,” the London resident originally from Botswana. “The swim could take around 7 months to complete. I’ll have to deal with sharks, killer whales, jellyfish and extreme weather. My mental toughness is also going to be tested like never before. But I’m determined to do this for a much greater cause.

I have an amazing back office team behind me working frantically trying to put everything in place
.”

But the cost of swimming solo across the Atlantic Ocean is large. His plans are to raise an initial £40,000 to build a team in order to secure much-needed corporate partners to finance a support boat, crew, fuel and equipment.

“With 11 days left to go for this initial part of the swim project, we’ve managed to secure £6446 to help me get to the start line in New York for the big swim in aid of Oxfam,” Ventre explained.

This is an excellent amount and thanks so much for your pledges and sharing the story. However, we are still below target of £20,000 to be obtained by December 12th in order for all pledges to be received on our crowdfunding site. If we hit the £20,000 mark then we will be in a much more secure position to take the project forward and to also try to obtain corporate partners for the venture.”

Note: 74 individuals have pledged £6446 to date. The project will only receive pledges if at least £20000 is pledged by December 12th. Rewards for pledges include the following:

Pledge £1 or more: want to donate to the project without receiving a reward

Pledge £25 or more: receive a Wristband and a New York to London baseball cap

Pledge £25 or more: receive a Wristband and a New York to London Swim Swim Cap

Pledge £30 or more: receive a Wristband and a New York to London Branded T-Shirt

Pledge £40 or more: receive a New York to London Swim Towel with embroidered logo and Wristband

Pledge £75 or more: receive a New York to London Swim T-Shirt signed by Michael and a Wristband

Pledge £150 or more: have a Google Hangout with Michael and 5 others during 2016 or from the support boat in the Atlantic Ocean during the swim. Hangouts will be groups of 5 people

Pledge £250 or more: Michael Ventre will spend an afternoon taking a small group through his training regime followed by a short open water swim on the south coast of England (only available to experienced swimmers) plus a meal and conversation with Michael at a local restaurant

Pledge £350 or more: receive two places on a VIP hospitality boat to watch Michael Ventre swim in the English Channel towards the end of the New York to London Swim with the chance to meet Michael and the team

Pledge £500 or more: receive two tickets to a post-event Gala Dinner in London expected to take place in Sept 2017

Pledge £2500 or more: spend a day with Michael and his team aboard the support vessel in the English Channel and swim a mile of the New York to London Swim with Michael

Pledge £5000 or more: Michael will deliver a motivational talk/after-dinner speech at a venue of your choice in 2016

Pledge £5000 or more: receive two return flights from London to New York, 3 nights accommodation and VIP access to be at the start of the swim