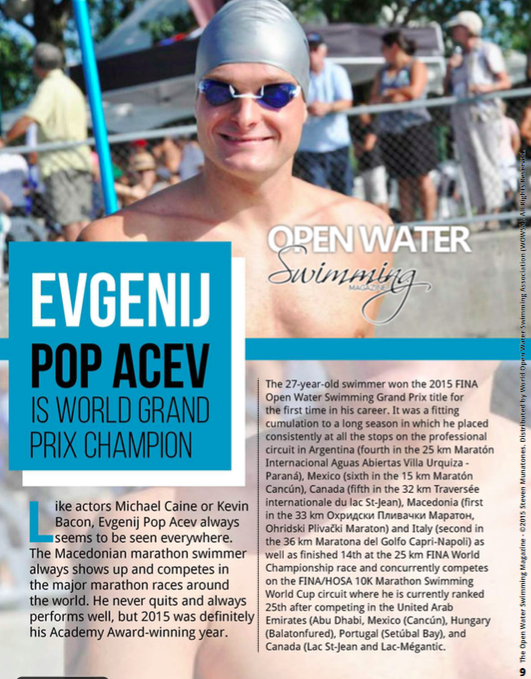 FINA has posted the dates for the 2016 FINA Open Water Swimming Grand Prix.

The FINA Open Water Swimming Grand Prix was won by Macedonia’s Evgenij Pop Acev in 2015 who will try to defend his title next year over the same five races in 2016.

The FINA Open Water Swimming Grand Prix is held in concurrently throughout the year with the FINA 10K Marathon Swimming World Cup series that consists of 8 races, down from 10 in 2015.

One of the two races not on the 2016 professional circuit is the Setúbal Bay 10 km race which serves as the second qualifier for the 2016 Rio Olympic Games.