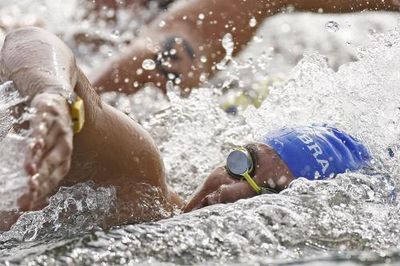 Ana Marcela Cunha‬ was named the ‎2015 Brazilian Athlete of the Year.

In the months leading up to the 2016 Rio Olympic Games, the Brazilian open water swimmer will face an increasing amount of attention and external pressure as she prepares for the 10 km marathon swim where she will be one of the pre-race medalist favorites. ‬

But it is pressure that she can handle. Together with Poliana Okimoto, her marathon swimming teammate and 2013 Brazilian Athlete of the Year, the pair will be among the pre-race gold medal favorites.