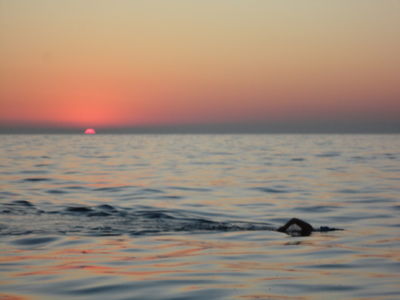 Her Calendar Year Oceans Seven will start with the North Channel, then the Catalina Channel, the Molokai Channel, the Cook Strait, the Strait of Gibraltar, the Tsugaru Channel, and the English Channel: