Skip to content
Canine Swimmers Around The Open Water World 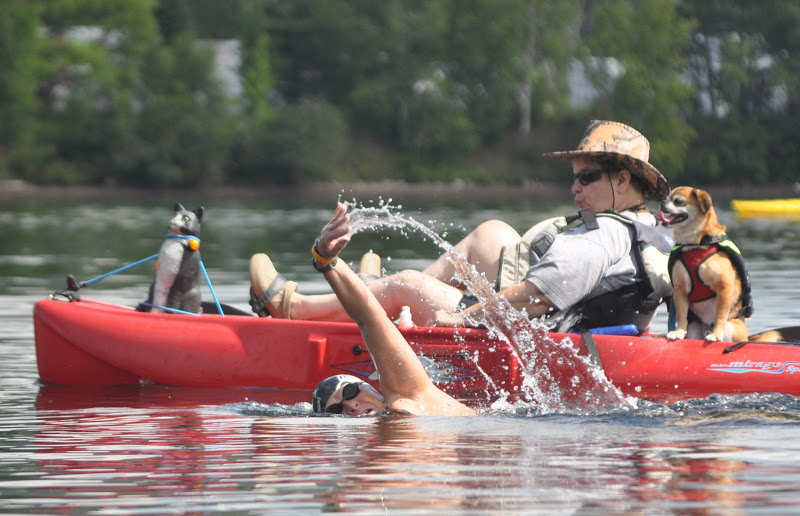 The history of canine swimmers (dogs) competing in open water swims and other venues goes back at least to Manaia, a Labrador-Irish setter, that swam faster than 400 of the 922 human entrants in the 1980 Waikiki Roughwater Swim, completing the 2.4-mile swim in 90 minutes across Waikiki Beach in Hawaii.

There are other canine swimmers around the world:

* Digger from Orlando, Florida who completed over 100 Lucky’s Lake Swim.

* Robbie, a Labrador, has saved his fellow canine friends [see below].

* Barney is from Sarasota, Florida [see below].

* Jake from La Jolla, California who finished 72nd out of 500+ open water swimmers at the Alcatraz Invitational in San Francisco.

* Massi, a Newfoundland, serves as a canine lifeguard in Ostia Beach, Rome.

* Rambo, a Labrador, serves as a canine lifeguard in Ostia Beach, Rome.

* Romeo, a Labrador, serves as a canine lifeguard in Ostia Beach, Rome.

* Udaine, a Belgian Shepherd, serve as a sniffer dog in South Africa.

* Butch, a Labrador cross pointer, serve as a sniffer dog in South Africa