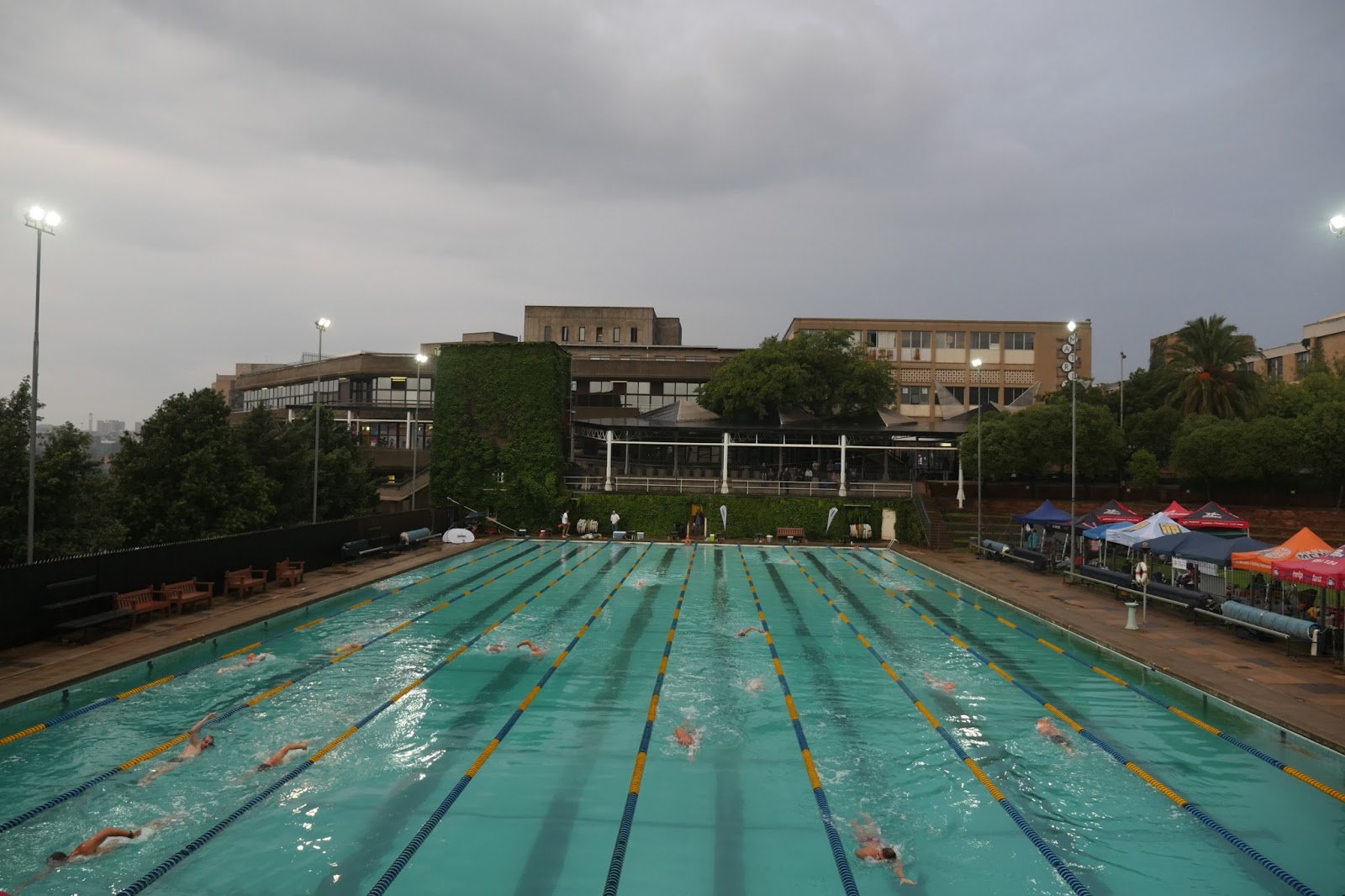 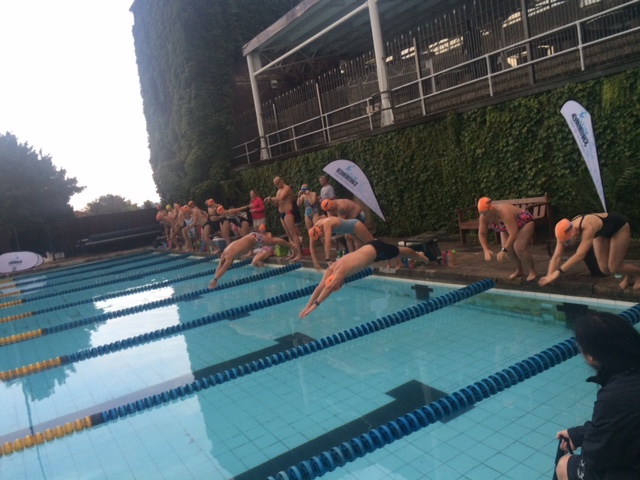 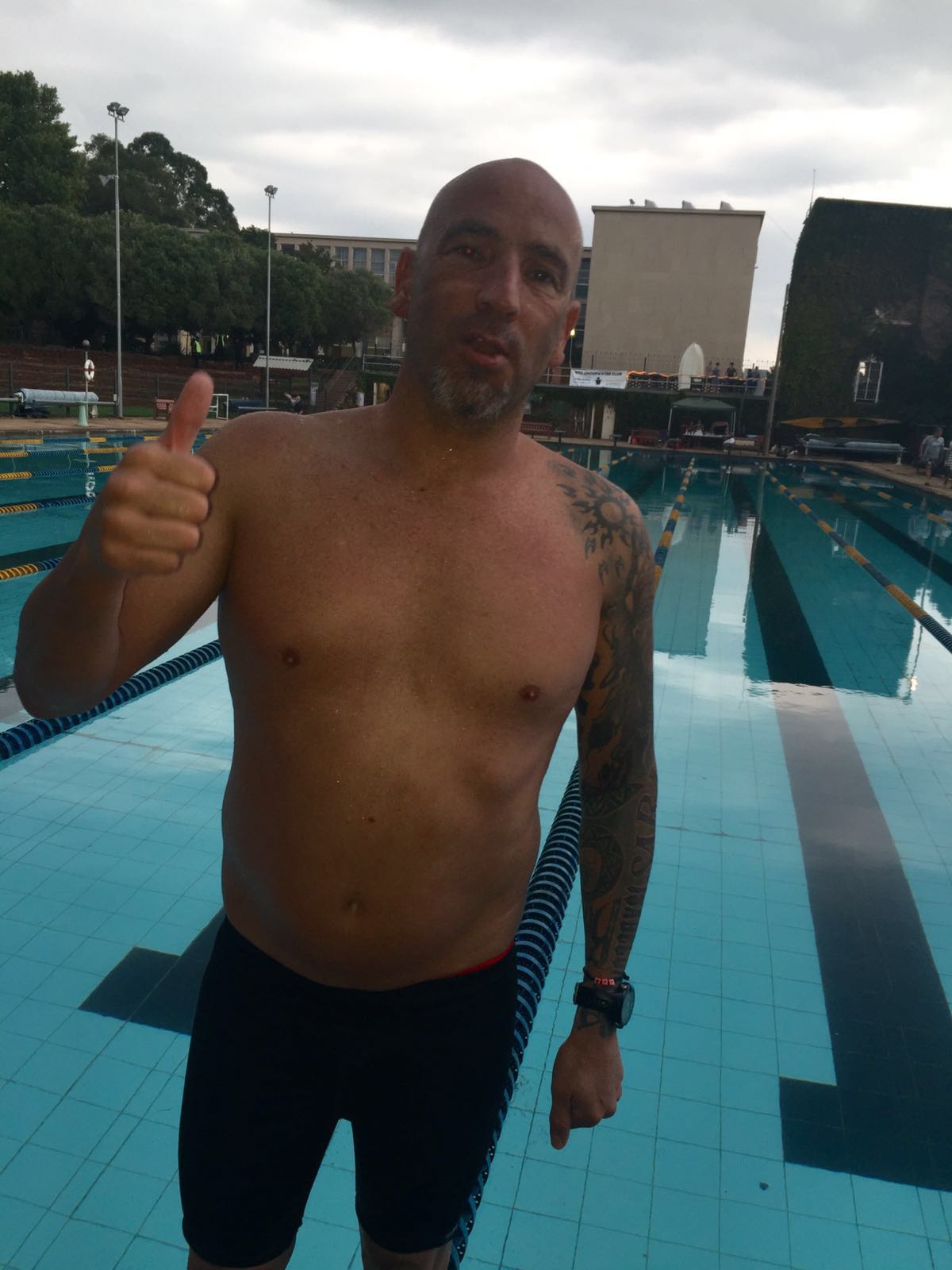 Courtesy of Nicolene Steynberg of the Madswimmers, South Africa.

When South African swimmers – from ice swimmers to national champions – take to the pool, they sometimes take things to the extreme, unselfishly.

29 swimmers swam 24 hours in a 50m pool between January 22nd and 23rd as a Madswimmer charity event.

Madswimmer Duncan Kukard, who initiated the 24-hour swim, told swimmers they were allowed to get out of the water as often as they want to eat and rest as long as they did not leave the premises. The swimmers themselves set their own goals in terms of the distances they wanted to swim in 24 hours.

Tyron Venter, the South African national 25 km champion, covered the furthest solo distance for men with 57 km while Sarah Ferguson for women with 45 km and Jade Homveld and Justine Johnson was the best relay team that covered a distance of 72 km. The total distance covered among the participants was 860 km with an average of 41 km per swimmer (if relay teams were counted as 1 swimmer).

Swimmers said that swimming through the night was particularly tough due to fatigue, monotony, and the cold. However, the hardest part seems the mental challenge this swim has set. “Swimming up and down for 24 hours starts messing with your brain and requires super endurance,” said swimmer Mandy Macascill.

The event took place at Wits University in Johannesburg. Swimmers came from as far as Durban and the Cape to participate. Ryan Stramrood, Kieron Palframan and Mark de Klerk, members of the International Ice Swimming Association, also participated. Olympian Gerhard Zandberg, Sam Cowen of 702, and Brett Collopy of SABC 3 Expresso Breakfast Show dropped by to swim for a few hours in support of the event. Radio host Sam Cowen said that she hopes to participate in many more Madswimmer extreme events in future.

ER24 was on site throughout the event and Dr Greg Duddy and Sport Chiropractors from the University of Johannesburg eased out muscle pains during breaks.

All Madswimmer events are in aid of charity. The 24-hour swim raised almost R40,000 to benefit the Lonely Road Foundation, an organization that improves the lives of orphaned and vulnerable children.