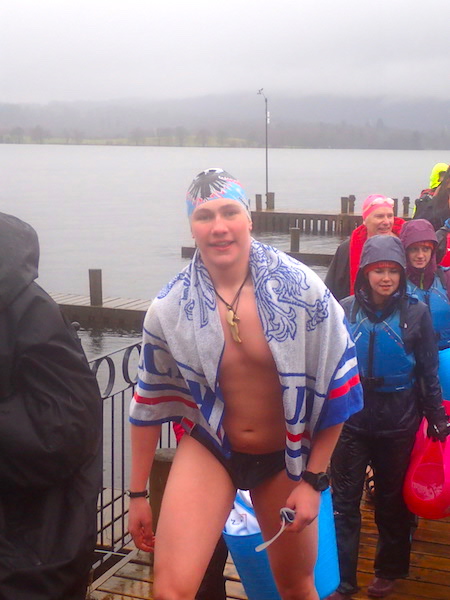 Danil Brylin is a 17-year-old winter swimmer from Siberia, Russia who competed in the 450m race at the 2016 Big Chillswim Winter Swimming Gala in Windermere, England.

He bears a striking resemblance to another Russian ice swimmer. And not without very good reason.

Earlier, Danil had accepted the 2015 WOWSA Award on behalf of his father, the famed ice swimmer and recipient of the World Open Water Swimming Performance of the Year Award, Alexandr Brylin.