Skip to content
Previous Next
If She Can Do It, We Can Do It 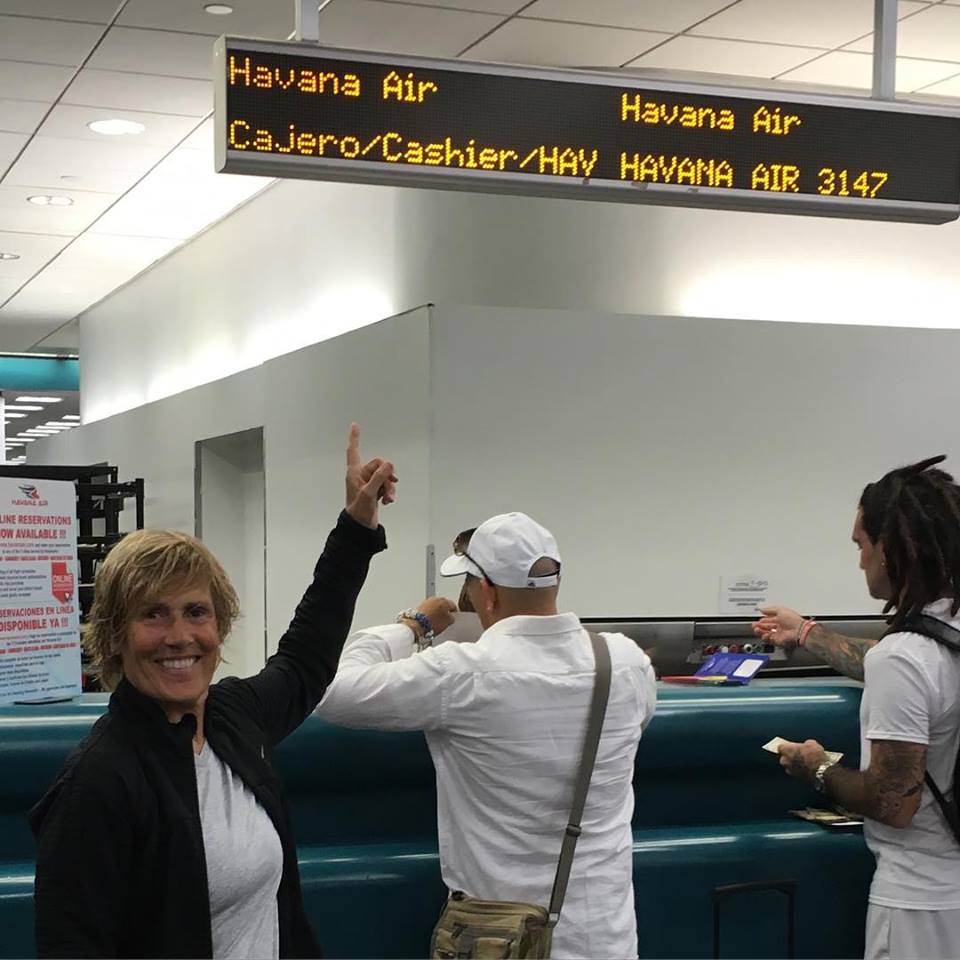 During the historic meeting between Cuban President Raúl Castro and President Barack Obama in Cuba, President Castro mentioned Diana Nyad‘s swim across the Straits of Florida between Cuba and the United States. He mentioned that her fifth attempt to swam from Cuba to Florida should serve as an allegory for the two neighboring countries.

“If she can do it, we can do it,” President Castro said about the forging of the new diplomatic and economic relationships between Cuba and the United States.

President Obama repeated a similar metaphor towards the end of his remarks, saying, “The road ahead will not be easy. Fortunately, we don’t have to swim with sharks.”

Nyad went along with the President Obama entourage to Cuba. “Be still my heart,” she wrote on Facebook. “President Obama told me, in my time with him in the Oval Office right after the successful Cuba Swim in 2013, that he considered my and my team’s many years of the swim quest a critical connection, human to human, between our two nations.”

The last time government leaders mentioned an American swimmer in terms of diplomatic relationships, it was 1988 when President Ronald Reagan and President Mikhail Gorbachev signed the Intermediate Range Nuclear Forces treaty between Russia and the United States at the White House. Gorbachev referred to Cox’s impressive achievement, “Last summer it took one brave American by the name of Lynne Cox just two hours to swim from one of our countries to the other. We saw on television how sincere and friendly the meeting was between our people and the Americans when she stepped onto the Soviet shore. She proved by her courage how close to each other our peoples live.”

But government leaders around the world have also met with and lauded many swimmers in contemporary times for their various accomplishments from Lewis Pugh (for his swims in Antarctica) to Stephen Redmond (for his Oceans Seven achievement).