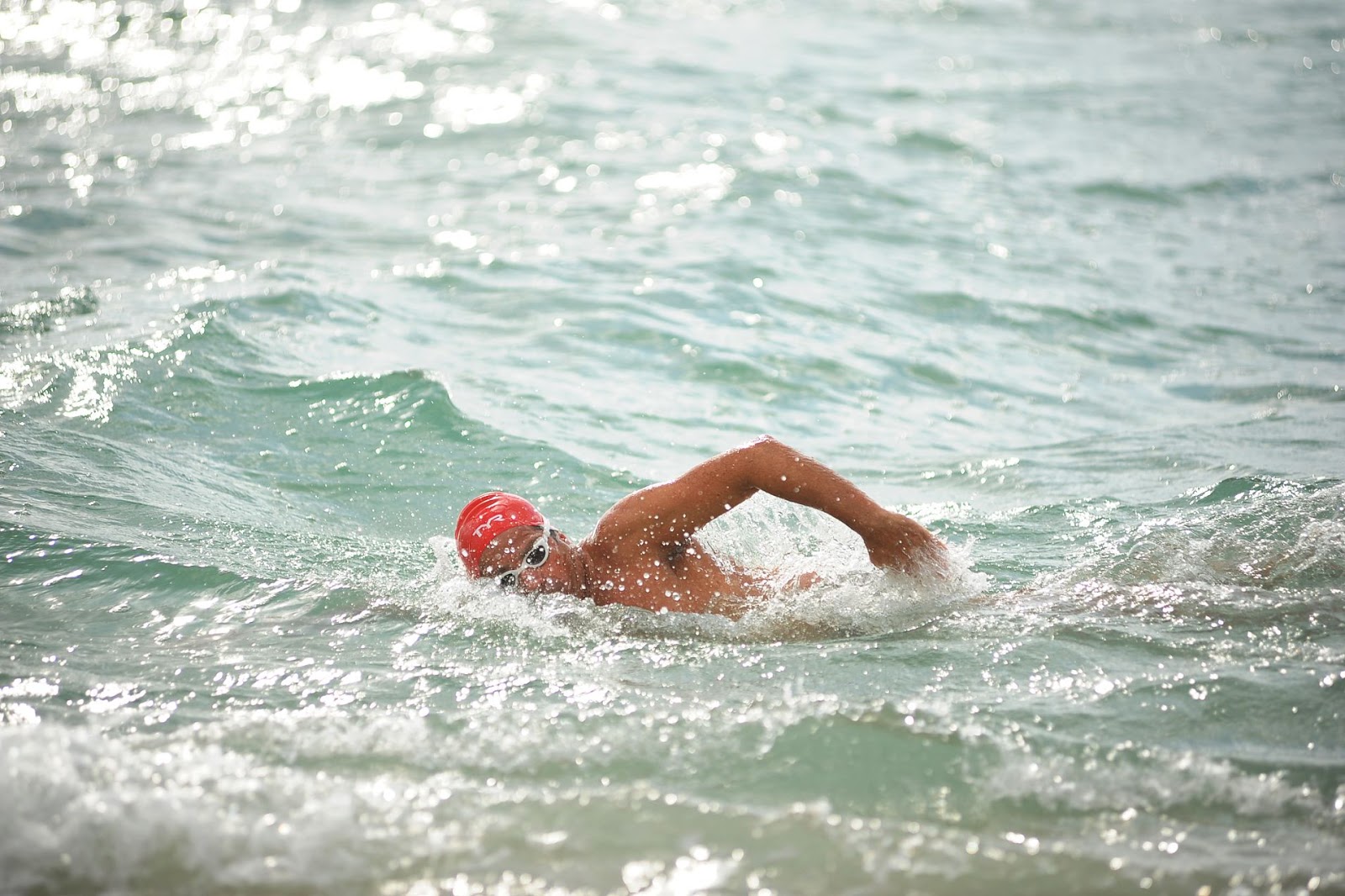 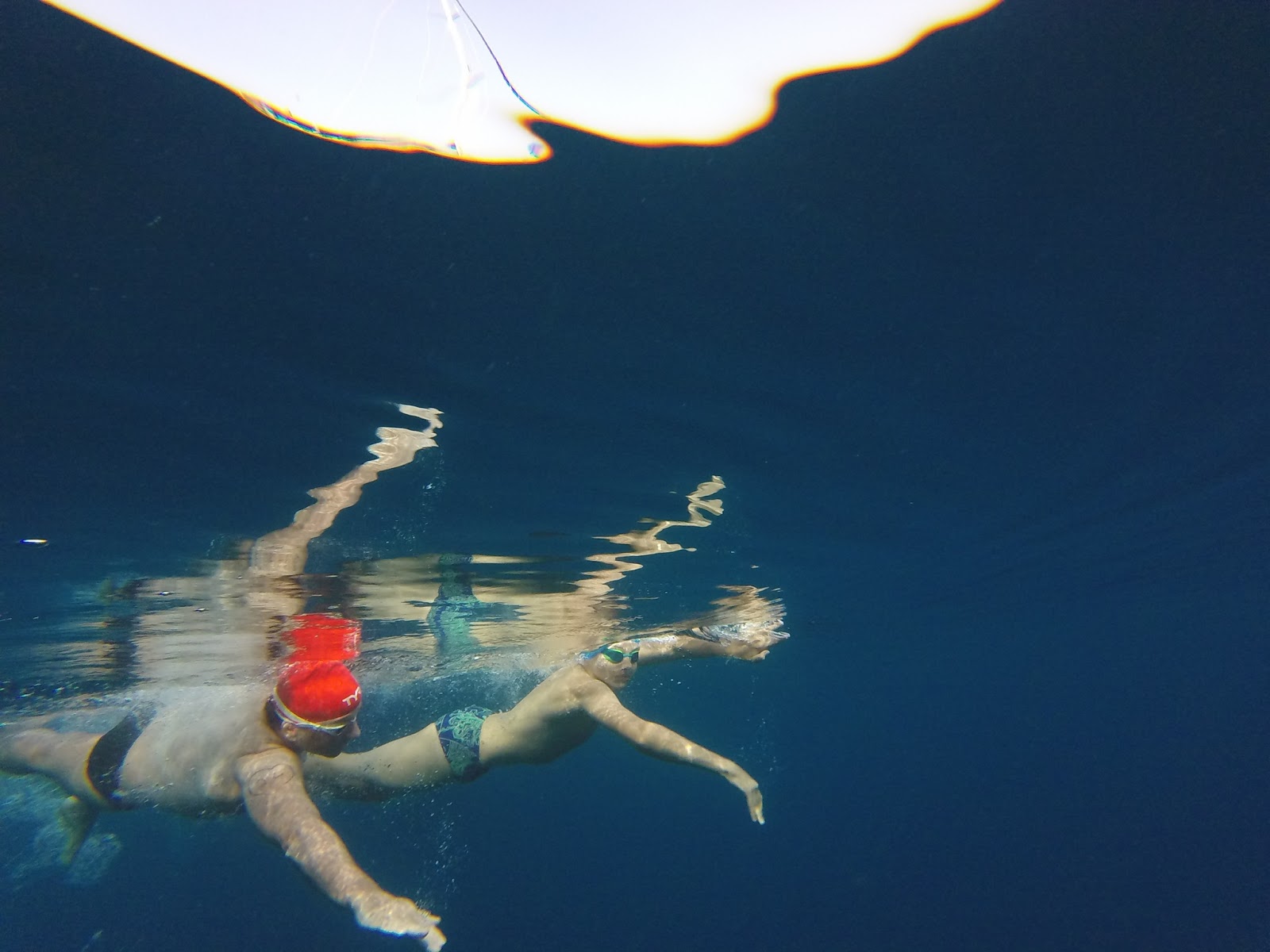 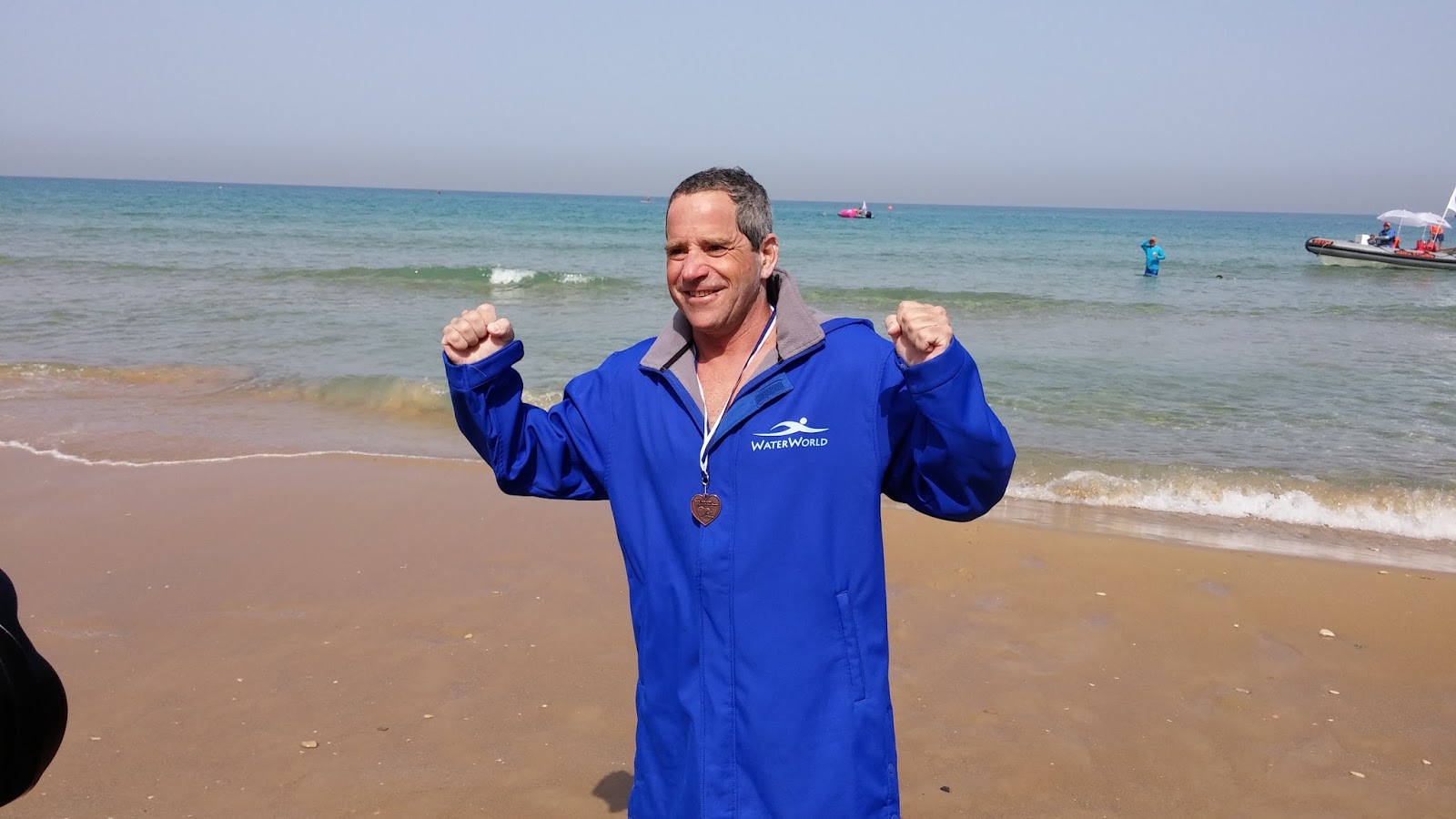 “The challenge was part of an open water swim event Swim From the Heart in the east Mediterranean waters, off the coast of Haifa,” reported Ori Sela. “This event was organized by the Rambam Health-Care Center, and the City of Haifa and its target was to raise awareness and critical research funds to predict and prevent Sudden Cardiac Death in children and adults – a major cause of natural death worldwide.

Guy has lost his 6-year-old daughter Netta due to Sudden Cardiac Death. She had died in school on her first day of first grade. He dedicated his swim to her memory
.”

The 51-year-old Cohen started his swim on June 2nd at 9:00 am from the beach of Sedot-Yam, some 40 km south of Haifa. His course took him northbound along the coast with a short detour of 5 km into the deep waters of the Mediterranean Sea and back again towards Cape Carmel, reaching the northern tip by 11 pm. He then swam southbound along the coast towards the town of Atlit and then north again, finishing at Haifa south beach on Friday, June 3rd at 9:13 am.

“Hundreds of swimmers and family members greeted Cohen as he came out of the water with his two children swimming alongside him. He has set a new Israeli national open water long distance record of 24 hours 13 minutes covering 70.5 km. The sea water temperature was at 24ºC (75ºF) with very smooth and low swell conditions.

The swim challenge followed the English Channel regulations: Cohen swam using a FINA legal swimsuit, one swim cap and goggles. He was escorted by a boat throughout the swim, but he refrained from touching the boat and land until he reached his final destination at the beach. Food and water was handed down to him from the boat during an hourly short interval of 5 minutes. Throughout the swim, Cohen maintained a steady pace of approximately 19 minutes per kilometer
,” reported Sela.

”It was pretty tough,” Cohen said as he came out of the water. “At the beginning, I enjoyed myself, I saw some sea turtles and whiptail stingrays swim below me, but at nightfall, it was pitch dark. There was no moon light at all. I was feeling very cold. It seemed like the sun would never rise. But I just kept going at my pace and it finally rose. I started feeling pain on my left shoulder after 20 hours of swimming, but by then the only thing I could think about was joining my two kids and sprinting off to the finish line.”

The charity swim raised more than $50,000 to help the Sudden Cardiac Death issue.