Skip to content
Previous Next
How Great To Swim All Eight; How Fun To Do Just One 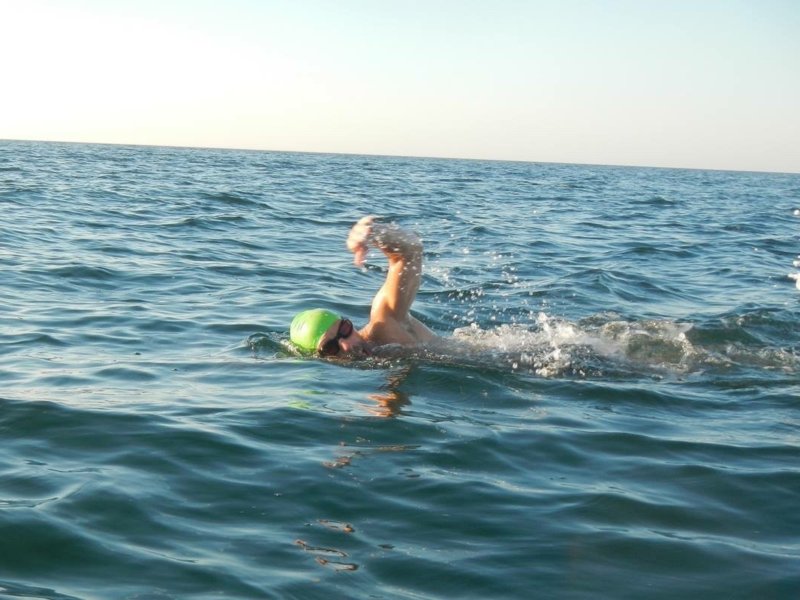 As Barra is fond of saying, “Anything worth doing is worth overdoing.”

From the peaceful Catskills to the dramatic Narrows in New York, 38 veteran open water swimmers will cover more than half of Hudson River as they swim from the Rip Van Winkle Bridge down to the the entrance to the New York Harbor at the Verrazano-Narrows Bridge. For one week, each day’s marathon swim will begin just north of one bridge and end on the south side of the next, covering distances ranging from 13.2 miles to 19.8 miles.

Each day, up to fourteen marathon swimmers will swim each of the seven stages. Seven swimmers will attempt the full 7-day event, five of which are over 50.

Although the bulk of the swimmers are relatively close to the average age of 49, the age ranges from 17-year-old Charlie Nadel to a trio of 64-year-olds Mo Siegel, Capri Djatiasmoro and Charles van der Horst.

Throughout the history of the event, only 4 swimmers have completed all 7 stages in one week: Grace van der Byl, Rondi Davies, Andrew Malinak and Lori King.

Escort pilot Greg Porteus and a fleet of kayakers will provide crucial swim support. Porteus’ boat, Launch 5, will serve as safety support, also providing a place for both the start and the finish of each stage.

Barra explains, “The 8 Bridges Hudson River Swim will be an epic journey. It is a week-long open water swimming odyssey to celebrate the mighty Hudson and the New York Harbor.” Davies considers it, “a focused swimming vacation – much like hiking the Appalachian trail – to enjoy great scenery and company and to highlight the health and environmental issues of the river.

The swim will also raise awareness for the work of New York Open Water, Riverkeeper, and Launch 5, all organizations concerned with making the entire length of the Hudson a clean, sustainable and safe environment for all. Public viewing will be possible along many places on the River.”