Skip to content
Previous Next
John Batchelder, Another DNF (Do Not Freestyle) 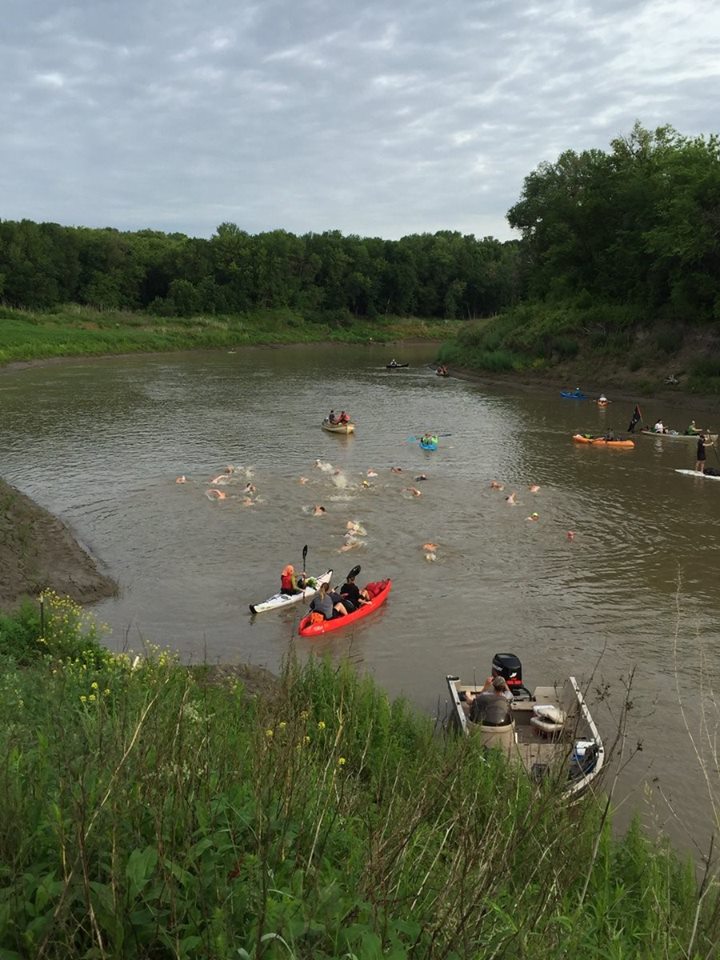 In a pool competition, it is normal to see two butterflyers go head-to-head.

But nay-nay in the open water.

However, at this year’s END-WET 57.9 km river marathon, both Dan Projansky and John Batchelder attempted to swim the entire distance butterfly.

With the conditions of the Red River not optimal, Batchelder had the better chance of finishing. “He went by me so fast,” recalls Projansky. “I’m like a old beat Honda Civic with 150,000 miles on it. [But] I keep going and going, no matter how many dents and dings.”

By the 15-mile mark, Projansky had to be pulled out. “For safety reasons we had to bail out. I was butterflying at a real good pace. If I chose freestyle, not finishing would not be an issue. I hate having a DNF next to my name in the final results.”

But the younger Batchelder still had juice in the tank, 23 years Projansky’s junior. Batchelder continued on, two arms simultaneously pulling and recovering over and over and over again. But 2016 was not to be for the butterflyers.

At the 32-mile mark, he had to pull out due to darkness. With the water levels in the Red River of the North relatively low, there was a lack of current and the traditional downriver push simply was not there.

“The lack of current was unfortunate. I too had to pull out on my butterfly attempt at mile 32 due to darkness. [It was] so close]. If I had kept going, I would have finished probably just before 11 pm. Like Dan, I could have switched to freestyle and finished, but after going so far that really wasn’t an option for me. Maybe next time,” recalls the Colorado masters swimmer.

For safety reasons, they had to be pulled, but the DNF next to their names can be interpreted as Did Not Fail or Do Not Freestyle.