Skip to content
Previous Next
It Was Only A Matter Of Time, Collegiate Open Water 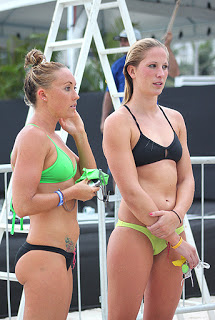 The time has come for collegiate open water swimming.

Student-athletes from collegiate men’s and women’s teams from NCAA, NAIA, CCCAA and NJCAA institutions are eligible to compete in the 5 km open water races scheduled for September 17th 2016.

Swimmers must have achieved the following pool time standards between July 1st 2015 and the entry deadline:

A tape-delayed production of the meet will be telecast through Time Warner Cable SportsChannel.

“After marathon swimming was added to the Olympic Summer Games,it was only be a matter of time before the collegiate coaches and administrators offerred a national championship for open water swimmers,” predicted Steven Munatones in 2013.

“Originally, we thought it might take a generation and depend on younger administrators and coaches to see the value in adding open water swimming, but these types of open water championships have come much sooner as the CSCAA really stepped up. Open water swimming is now following in the wake of the powerful triathlon community that established its own collegiate national championships.”

It makes sense for the collegiate swimming community to get behind the sport of open water swimming and help in its development since a vast majority of the American international representatives are also student-athletes in NCAA institutions. Jordan Wilimovsky (Northwestern), Sean Ryan (University of Michigan), Alex Meyer (Harvard University), Mark Warkentin (USC), Haley Anderson (USC) are the American Olympic representatives.

With the establishment of the CSCAA National Collegiate Open Water Swimming Championships, there will undoubtedly many more collegiate swimmers heading off to compete in international competitions.