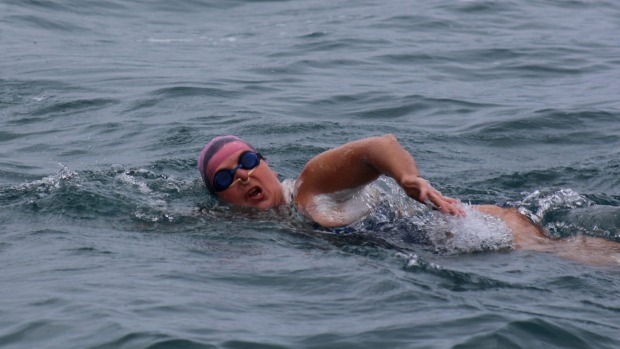 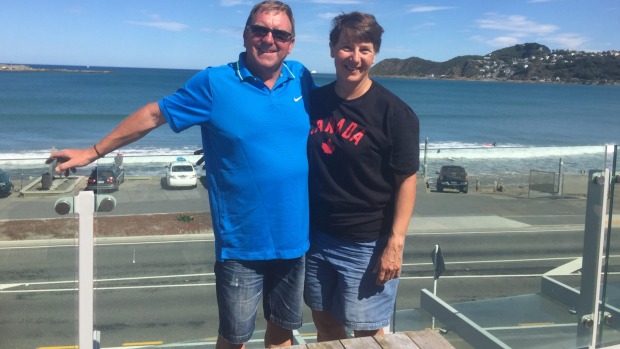 “The toughest part was the last hour in the dark,” recalled Dr. Marilyn Korzekwa after her 11 hour 34 minute crossing in the 16ºC Cook Strait.

“I had to sprint for all I was worth and then dig deeper for more sprint to punch through the tide at the end.”

Her pilot Philip Rush also worried despite his typically stoic nature on her escort boat. “I was very scared that when the tide turned it was going to push us right back to the start.”

She first heard about the Cook Strait from her colleagues in the Catalina and English Channel community. “One of them completed it, but ended up in hospital; the other one didn’t succeed; and the third said it was the most miserable swim of his life.”

After a prolific career where she has balanced work, children and mentoring other open water swimmers, Dr. Korzekwa is winding down her marathon swimming career.

But it is conversely the difficulty of the swim that continues to attract her to difficult swims. “I’ve been swimming all my life, but the training for this swim was really hard mentally and physically. The constant joint pain and the boredom in between the training really had me questioning why I was doing it. It is also getting hard to find crew. I am winding down my marathon swimming career in the next year or two because I have a lot of aches and pains that aren’t healing with the amount of training I have to do.”

The good doctor from Hamilton, Canada wanted to continue to raise money for charities as she has been doing since 2011. She ultimately raised C$10,000 for Canadian charity Sashbear Foundation.

“I think being able to swim for Sashbear is the most notable thing I’ve done in terms of combining swimming and psychiatry. It is a constant struggle juggling the schedule and my social life suffers, but it’s been worth it. More lay people know what [borderline personality disorder] is than ever before. I have dedicated my psychiatric career to the treatment and research of borderline personality disorder, which has a suicide rate of 10%. More treatment programs and support for families are desperately needed in Canada.” 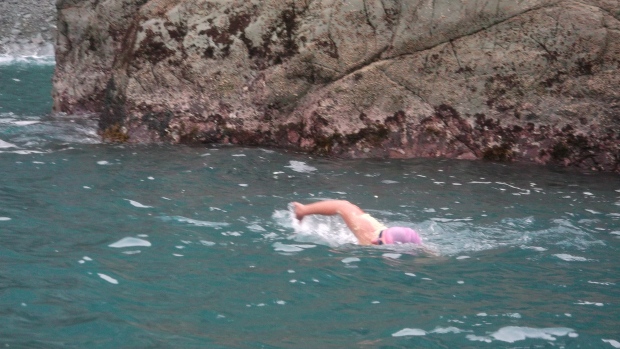 Marilyn Korzekwa is shown above at the start at Arapaoa Island on the south side of the Cook Strait. We are sure to see her again on the shores of the open water.