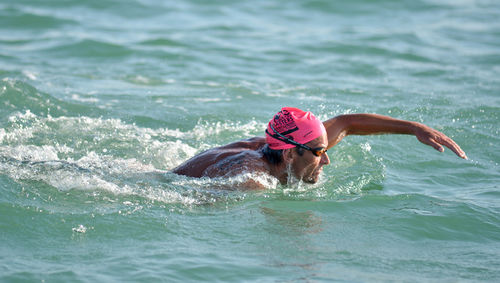 Even since Tom Burgess competed in both water polo and open water swimming, the two sports have been linked together with interesting personalities.

Duke Kahanamoku, a 5-time Olympic medalist and alternate for the USA water polo team at the 1932 Los Angeles Olympics, spent a lifetime in the open water promoting surfing, swimming and lifesaving with one of the most enduring legacies in the open water. Kahanamoku can be easily defined as the quintessential waterman.

His contemporary, Johnny Weissmuller won one of his six Olympic medals in water polo (at the 1924 Olympics) and is another quintessential waterman who later starred as the iconic Tarzan of Hollywood fame.

As the generations passed since Kahanamoku and Weissmuller, numerous water polo players and coaches from Penny Dean and Tomi Stefanovski to Ned Denison and Adam Walker have continued to extend their athletic skills to the open water.

Macedonia’s Tomi Stefanovski who took up professional marathon swimming after his water polo player career. He not only won the famed 34 km Traversée Internationale du lac St-Jean at the age of 43, but also was inducted in the International Marathon Swimming Hall of Fame in the Class of 2016.

Former water polo goalie Ned Denison completely transformed his aquatic orientation from vertical to horizontal as he began a global tour ice swimming, marathon swimming and prison island swimming. The Triple Crowner also established Cork Distance Week and the Triple Break as well as received the 2013 Poseidon Award and was nominated for the 2013 World Open Water Swimming Performance of the Year.

The most well-known water polo player-turned-open waterist is undoubtedly Adam Walker, the first British athlete to achieve the Oceans Seven. Ocean Walker, as he is known, teaches open water swimming camps and clinic around the world while serving as a Counsellor for One Young World and as an Ambassador of the Royal Life Saving Society.

And one of the oldest channel swimmers in the world, 73-year-old Toshio Tominaga of Japan completed a very fast crossing of the Tsugaru Channel in northern Japan in 9 hours 58 minutes this summer. It was the realization of his life-long dream.

Most recently, Mickey Helps completed a one-way solo English Channel crossing. But after a short break, the 50-year-old former water polo player headed back to England from France on a two-way attempt. Helps did not ultimately make a double crossing, but he fought valiantly for over 41 hours in the Channel before he was pulled within 1,200 yards of the English coast.

“Mickey and I first met in 2007 training for our first English Channel crossing. At the time, it was probably the most successful year for water polo players crossing the English Channel as Mickey, Mark Bayliss, Greg Dodds and me all made our first solo crossings that year,” explained Jim Boucher, a former water polo player and coach. “In fact, Greg was in Mickey’s crew for his epic two-way attempt. I also met one of my star players at the University of Surrey, Cianan Mann, while observing his school’s English Channel relay. “Water polo players tend to be good competitive open water swimmers as well as excellent marathon swimmers,” said former water polo player Steven Munatones. “They tend to excel when physicality in the water is involved and are used to swimming aggressively in close proximity to others. Additionally, their team mentality is very well-suited to establishing a team mindset on a marathon or channel swim. Water polo players also seem to be very capable of adapting to dynamic and unexpected conditions in the water, like Mickey Helps proved last week.” 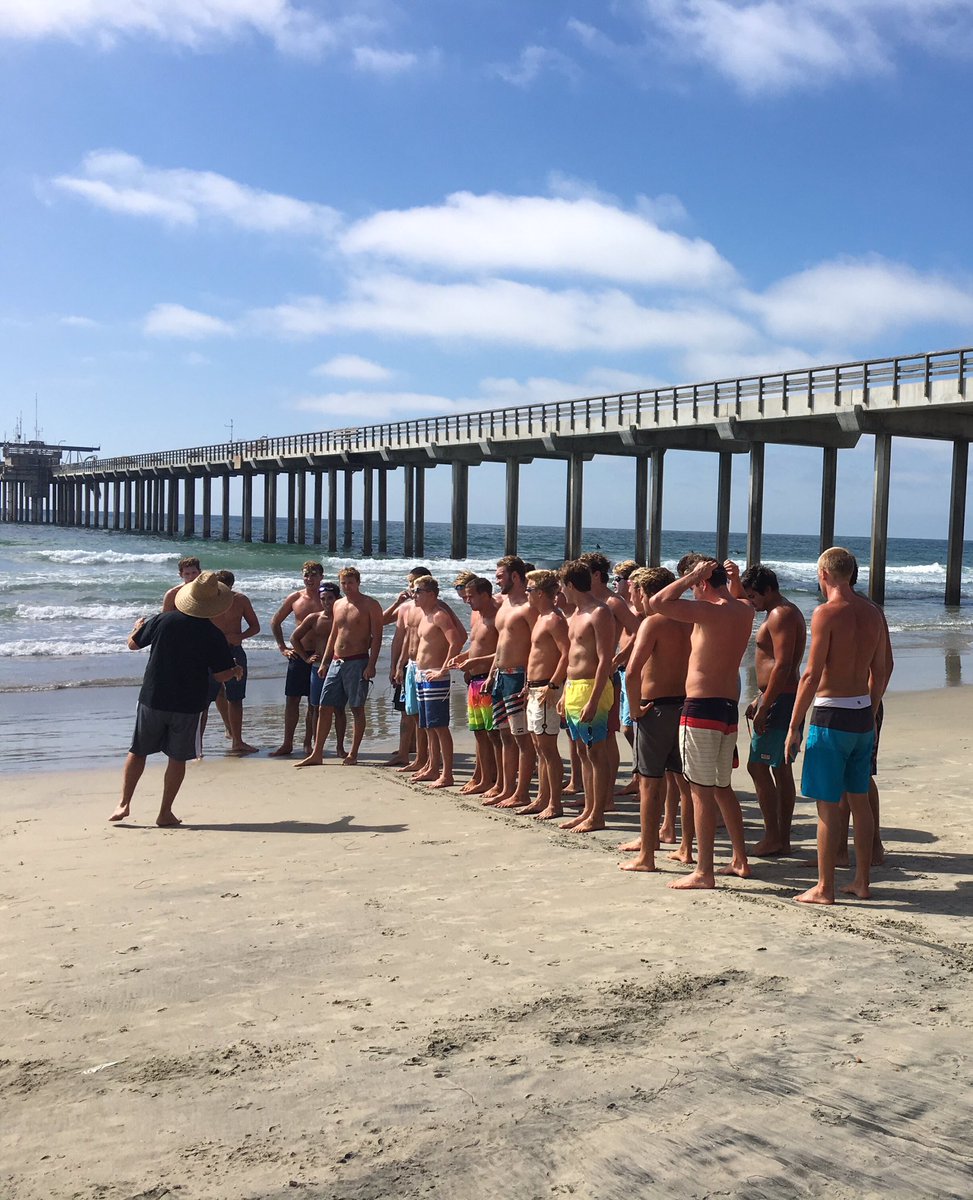 And there are thousands more dual water polo-open water swimmers around the world. Arguably, hundreds of thousands of former players enjoy swimming in oceans, lakes, rivers and bays … including the current water polo team at the University of California San Diego.

Watch for a few of these players to continue the legacy set by Tom Burgess, Duke Kahanamoku, and Johnny Weissmuller. 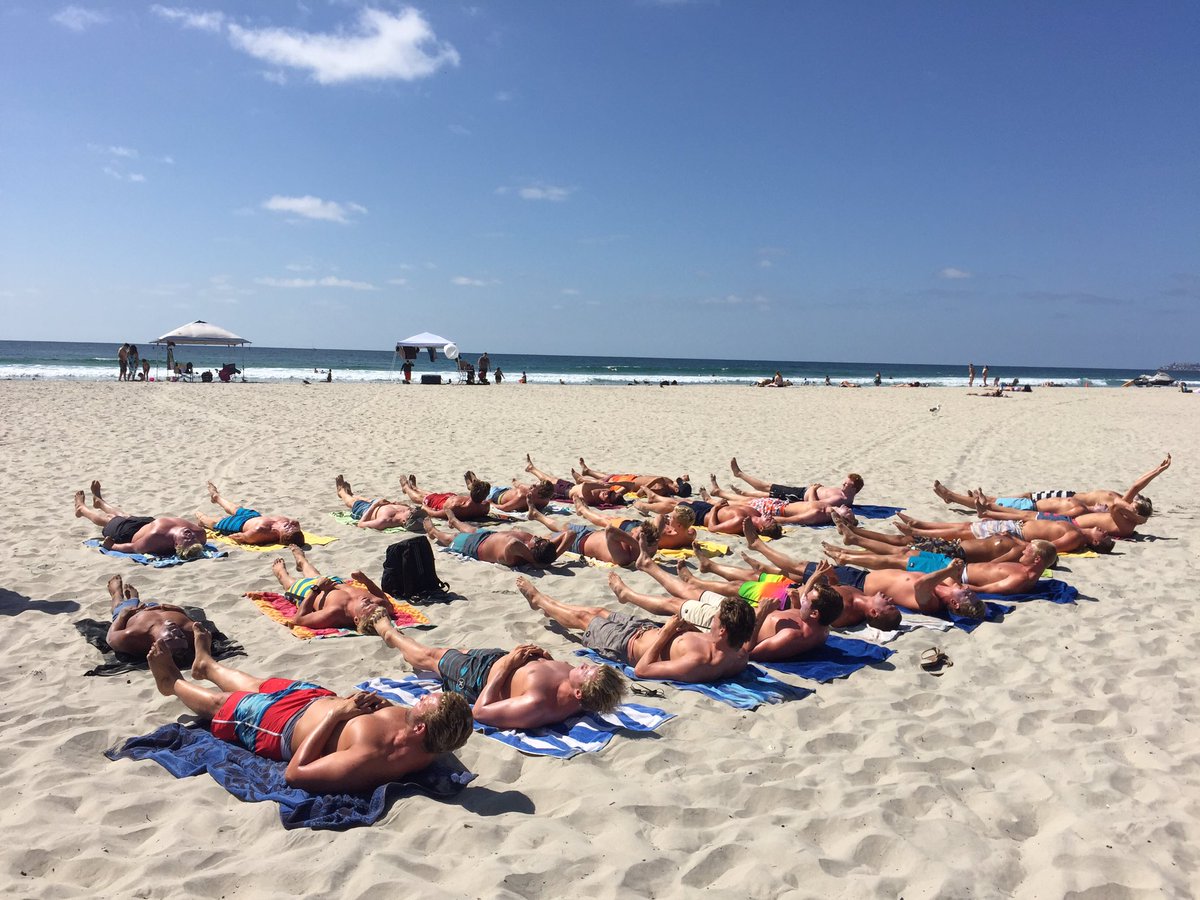 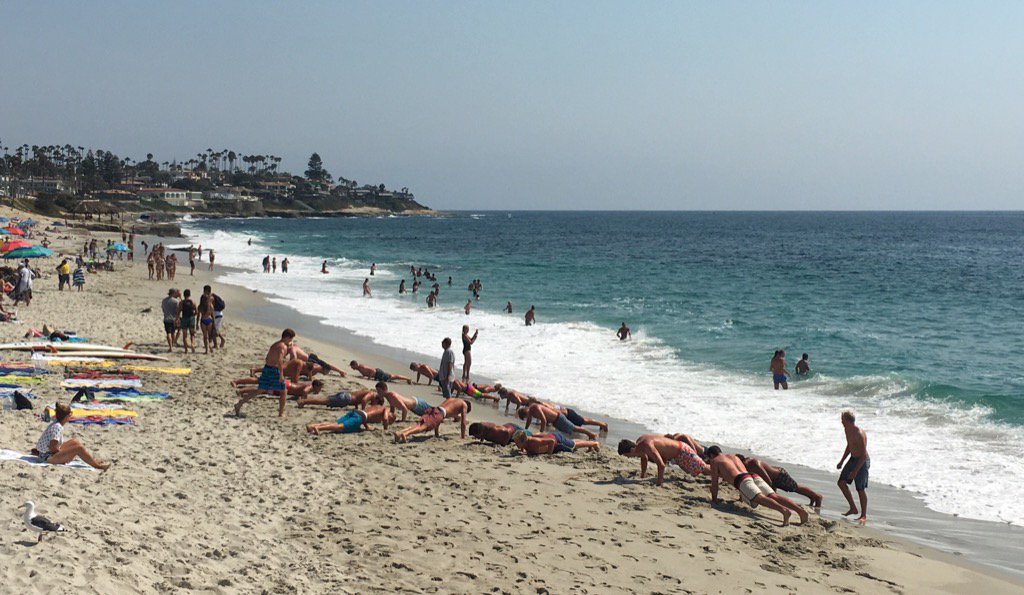