Skip to content
Previous Next
Kansas Eyes On Libby Walker 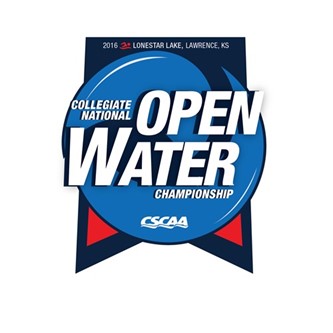 The 38 women and 34 men will race 5 km where teams of three athletes will compete for a team title. University of Kansas head coach and event organizer Clark Campbell says, “This Saturday’s event will be the culmination of hard work by Kansas Athletics, the CSCAA and Douglas County to turn an idea to introduce open water swimming to the collegiate ranks into a national event.

Getting open water swimming into collegiate competition has always been a goal. Now is an opportunity to act on it. The 72 athletes here will make history; the first ever collegiate open water championship. To see it go from just an idea to seeing all those athletes cross that finish line will be a dream come true for me.”

“When we did this we had absolutely no idea what kind of response we would get,” Campbell said. “My goal was 30 on both sides and we’re a little bit over that, which is good. Combining all of the divisions has been a fun thing. We’re thrilled. The University of Alaska-Fairbanks definitely gets the award for traveling the most miles. We have a lot of teams, diverse teams, it’s been interesting to see the response. We hope it’s a great experience for the coaches and student-athletes and is something they want to do again next year.”

Competitors will race along a two-loop course with an in-the-water start and finish, just like the FINA and Olympic races. Seven-time women’s professional marathon swimming champion Shelley Taylor-Smith, who began her open water swimming career at the University of Arkansas, will serve as the guest starter.

Locals have their eyes on University of Kansas sophomore Libby Walker who has placed in the top 30 at the USA Swimming National Open Water Swimming Championships this past April. “Libby is our open water queen, she is really amped up for it,” Campbell said. “She has the most open water experience but she’s only done 10K [marathon swims], she’s never done a 5K. So this will almost be a sprint for her. She is pretty excited to only have to race for an hour instead of two.”

Another Kansas freshman Jenny Nusbaum may turn heads. Along with Walker, she competed at the USA Olympic Swimming Trials over the summer. “This will be Jenny’s introduction to open water swimming, she’s never done it before,” Campbell said. “She’s never learned how to sight-breathe or anything like that, so we taught her some of the basics. I just want her to go out there and have a really good effort, have fun and enjoy it. I think she is going to find success in open water swimming. This will be a good first experience. It’s always exciting to be in your first event with a Jayhawk on your cap.”