Skip to content
Previous Next
Marathoning With Magda Molnar 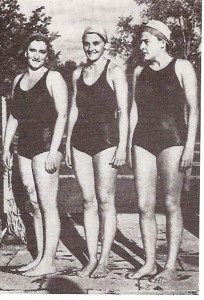 Magda Molnar is a Hungarian open water swimmer who peaked in the early 1940s. Decades after her career culminated in Lake Balaton, she was inducted in the International Marathon Swimming Hall of Fame as an Honour Swimmer in 1985.

She swam initially with the MUE Club and at the FTC during a time when she was a multiple national champion. She won the 1942 and 1943 Lake Balaton Swimming Championships, a 12.5 km marathon swim between Balatonfüred and Siófok in 1942 and 1943 in 4 hours 17 minutes.