Skip to content
Previous Next
Mighty Mac Swim Awards US$40,000 on Labor Day 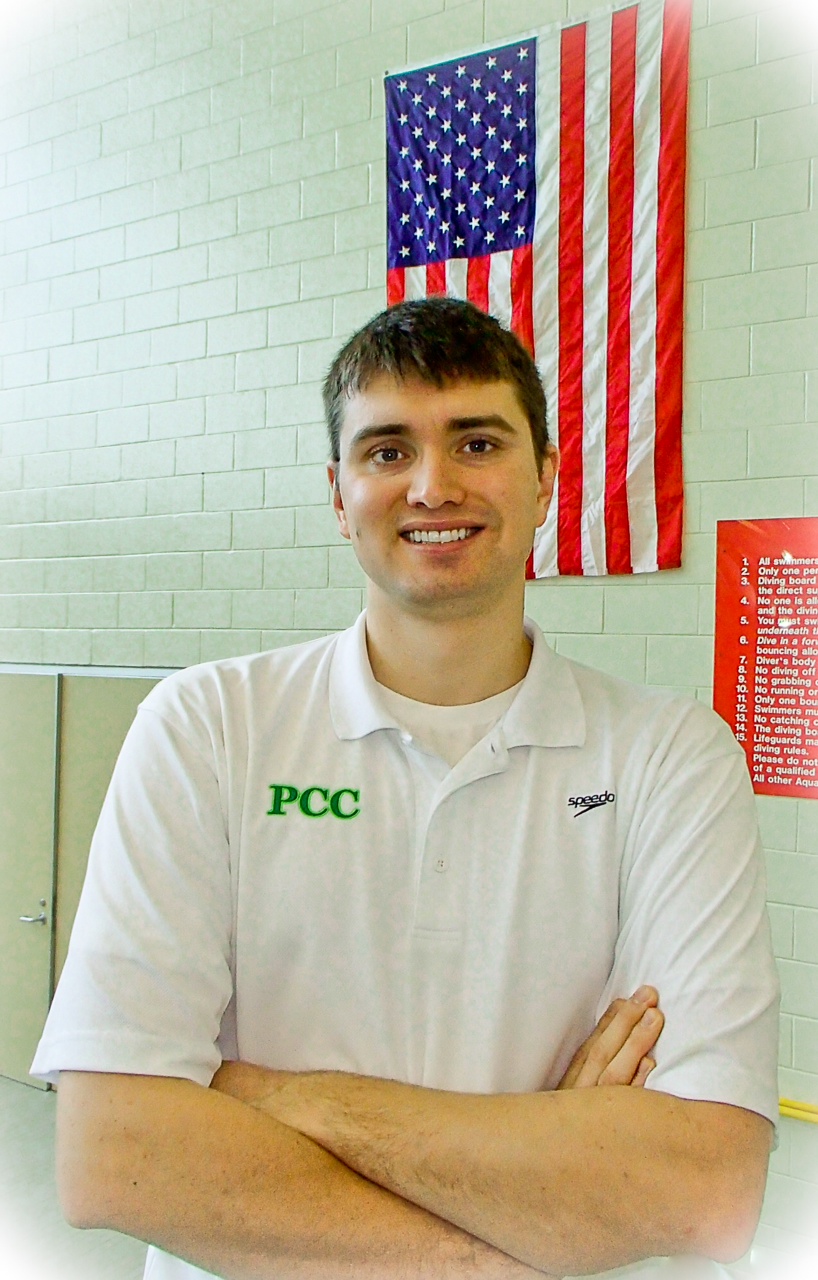 This Labor Day’s Mighty Mac Swim on September 5th will award US$20,000 to both the male and female winners at its annual swim race across the often turbulent Straits of Mackinac.

The swim, now designated as the Michigan Open Water Championship, is a 4.34-statute mile swim across the straits that connect Lake Michigan and Lake Huron.

34 swimmers will compete for pride, prestige and prizes, as they swim from Michigan’s upper peninsula to the lower peninsula, swimming parallel to the Mackinac Bridge.

While the gold medalists will win the largest cash prize in open water swimming, the male and female Silver and Bronze Medalists will also be awarded unique trophies on the podium.

“Now sanctioned as part of both the World Open Water Swimming Series and the Global Swim Series for 2016, we are on the world stage,” said Jim Dreyer, the Mighty Mac Swim Event Director and founder. “Competitors will accumulate points for overall world recognition. We felt the need to increase the prizes relative to the status of the race.

We are proud to be drawing some of the world’s finest swimmers such as former American Olympic medalists Chris Thompson (2000 Sydney Olympics 1500m freestyle bronze medalist shown above), Amanda Schneider née Adkins (2000 Sydney Olympics 200m backstroke 5th place finisher), and multiple world champion triathlete, Amanda Stevens. There are also a number of former All-American collegiate swimmers as well as other highly competitive triathletes on the race roster we refer to as Team Dire Straits.

We expect a highly-charged race to the finish, and this could be anyone’s game in both the male and female divisions.”

The Mighty Mac Swim supports Habitat for Humanity of Michigan. The funds raised for the cause,currently stand at over US$193,000, but are expected to exceed US$200,000. The swimmer who raises the most funds will win a week-long luxury vacation in Costa Rica, compliments of Pfeiffer Lincoln.

“Where else can you compete in the open water in front of 40,000 – 65,000 spectators in the natural beauty of the Straits of Mackinac near the architectural landmark that represents Michigan?”

Dreyer is referring to the Mackinac Bridge and the crowd that walks across it, led by Michigan’s Governor every Labor Day. “The Mighty Mac Swim has become quite a spectacle for the bridge-walkers, and that has been taken to a much higher level now,” said Dreyer. 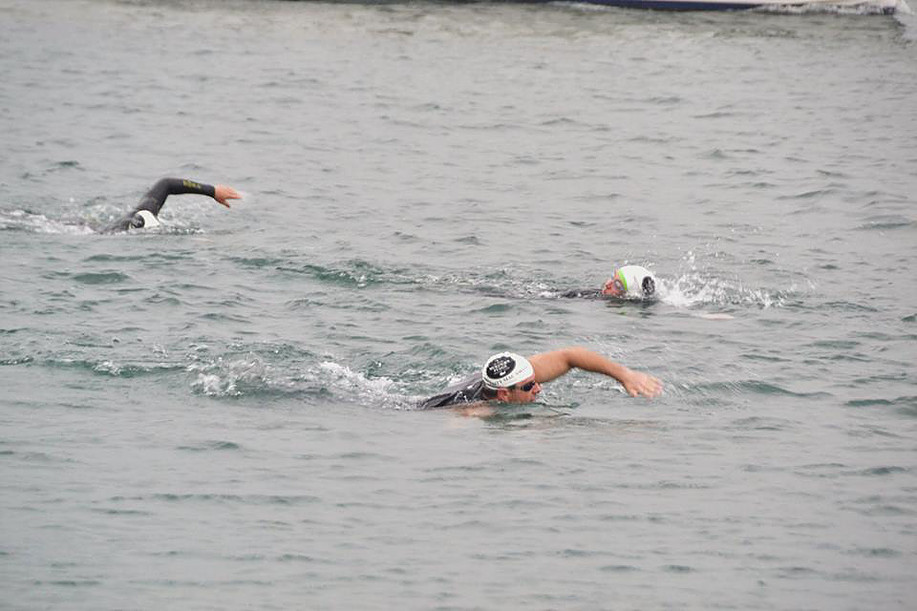 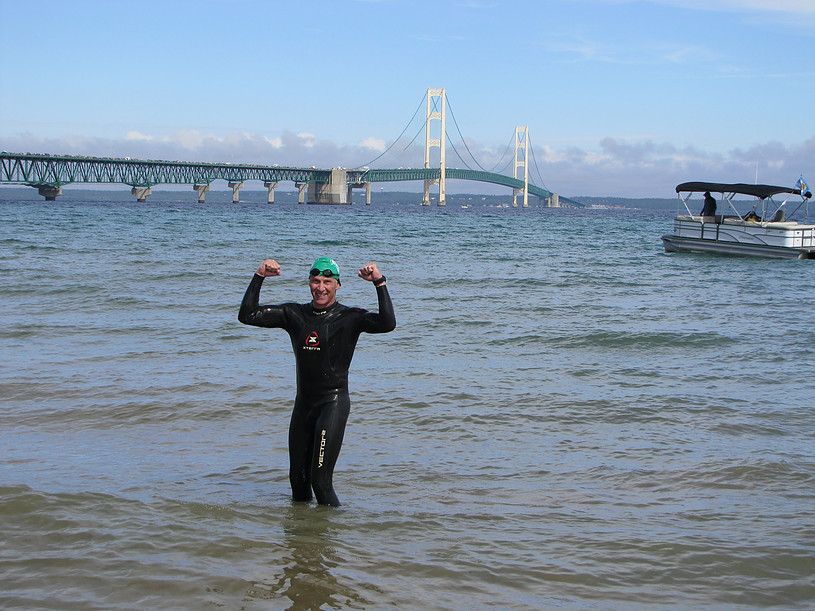 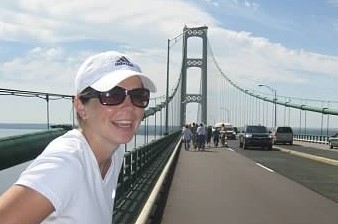 When she was known as Amanda Adkins, there were very few people in the world who could swim as fast as she could.

Over the course of her 16-year competitive swimming career from a young age-grouper to a veteran Olympian, Adkins was an American collegiate champion, a finalist at the Olympic Games, an American record holder, and a competitor in a number of international competitions.

Adkins finished fifth in the 200m backstroke at the 2000 Sydney Olympic Games, was a 2-time American champion, competed in the Pan Pacific Games, FINA World Championships, and World University Games, served as the captain of the 1999 NCAA national championship team at the University of Georgia, and was an American record-holder and 13-time NCAA All-American swimmer. She was on top of her game in the enclosed, warm, flat-water pool venues of the world.

Adkins moved on, got married, and is now 39-year-old Amanda Schneider from Granville, Ohio. Times changed and she moved on away from competitive swimming. But she recently got the open water swimming bug. She is looking to go far beyond her comfort zone and entered the Mighty Mac Swim in Michigan.

“I love Northern Michigan. My husband’s family has a cabin on Mullett Lake, which is about 25 miles southeast of the Mighty Mac Bridge. We spend 2-3 weeks up there every summer. It is our oasis.

Michigan has been a fabulous place for our family to come together, enjoy nature, and get away from the hustle of everyday life. The bridge is an integral landmark and centerpiece up there. I have done the bridge walk a couple times. Every trip we take up north, we take the time to drive across the bridge.”

The seed to consider swimming across the bridge instead of walking came from an article that she read about some swimmers from Northern Michigan University who attempted to swim the Straits of Mackinac. I mentioned to my husband how impressive that was and wondered if I could do it. I even contemplated seeking out the Northern Michigan University coach to ask about it.

“Last fall I randomly read about the Mighty Mac Swim and the idea started to percolate.

I accomplished much over my swimming career and have never desired to compete again. I had too many other endeavors to explore. I truly love coaching [at Denison University and an age-group team called Pau Hana] and the sport of swimming – but often you would hear me kid that the only swimming I do is from the boat to my water skis.”

The opportunity to swim alongside the bridge kept on repeating itself. “Swimming under the bridge was just too big a pull. I have been focused on marathon running the last several years. I know the endurance/cardio portion is there.

So she literally dove into training for the Mighty Mac Swim. “It has been fun getting back into the pool after almost 16 years away.”

She is also raising funds for the charity swim’s goal to revitalize Michigan neighborhoods through the Habitat for Humanity. “I am asking friends, family, former teammates, swimmers, and parents of swimmers who I coach. If I need to, I will do some clinics or swim lessons, but currently I look on pace to raise the money.”

But raising money is the relatively easy part of Schneider’s journey. “I am really kind of petrified of this swim and it’s taking me far outside my comfort zone. I look good on paper as a former Olympian, All-American, and national champion. However, this swim is completely out of my wheelhouse. Swim buoys, wetsuits, water temperatures, weather conditions, and a whole laundry list of items I don’t even know to be concerned about yet, are daunting. These are things you never have to consider in competitive [pool] swimming.

It can be overwhelming, but also exciting, to learn a different side to a sport I have always loved. Also, I love that it is a freshwater swim. The chicken in me is not sure I could do the swim in saltwater.

I just want to get through this swim.”

Her drive is clear, but so is her trepidation and sense of accomplishment. “It’s already been a more rewarding process than I could have ever dreamed. I was intimidated and extremely close to not signing up for the swim because it was such a large challenge both physically and financially.

Ultimately, I did it because as I told my age group parents when informing them about the swim. I am a firm believer that we should always challenge ourselves and get outside of our comfort zone. If we want our kids to set strong goals in and out of the pool, shouldn’t we also be leading by example?”